How one Loyola professor helped me transform my writing 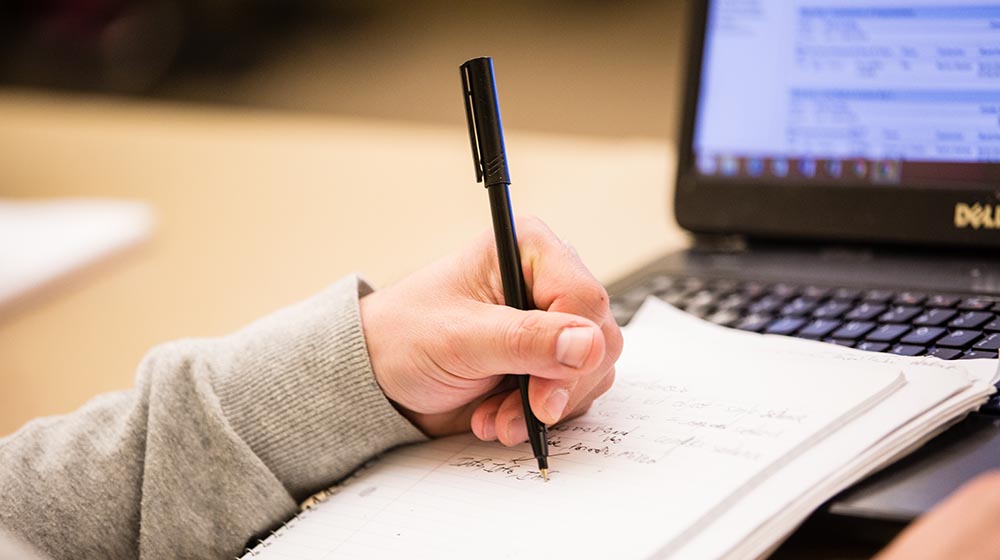 Before becoming a graduate student at Loyola, I remained uninterested and unconcerned about the quality of my writing—despite a poor grade in a college course at another university. However, at my first meeting with my graduate advisor in the sociology department at Loyola, he spoke these intimidating words: "If you get 2 C’s you are out of the program."

Clearly, it was time for a change.

It was in the class of one sociology professor, Kirsten Grønbjerg, that I chose to begin to change my writing. Professor Grønbjerg was serious, genuine, and all business. In her course, I wrote a research paper on the book The Gold Coast and the Slum by Harvey Warren Zorbaugh, which described these geographic areas in early 20th century Chicago with the eye of an urban sociologist.

I started with the most common grammatical complaint of Professor Grønbjerg: the unnecessary use of the passive voice. With guidance from an English grammar book, I changed each instance of the passive voice to active voice. I also corrected my haphazard tendency to switch verb tenses and my sloppy transitions between paragraphs. Correcting all the errors led me to re-examine my thinking behind them and to change the entire trajectory of my paper.

Once I saw for myself the improvement in my grammar, sentence structure, and organization, I wanted to continue improving. With every subsequent paper I wrote, I tore up multiple drafts, felt mentally stuck, and made progress over time. It’s been a frustrating and rewarding process.

After graduating from Loyola and beginning a graduate program overseas, I had enough courage to write book reviews for two international education journals. Based on these book reviews, my advisor asked me to review manuscripts of master’s and doctoral students. In my professional positions I have used the skills gained at Loyola to edit recommendations letters, journal articles, and staff training manuals.

As both a student and alum, I have shared my story of Professor Grønbjerg with other students to encourage them with their own writing. I tutored a high school student in English and cast a critical eye on her college entrance essay. She was subsequently accepted to her first choice college.

Professor Grønbjerg took the time and care to show me that I could improve my writing. Fortunately, I had the opportunity to thank her in person at a Loyola alumni event a few years ago. Though she had already left Loyola, she had returned to attend a former colleague’s retirement party. From her reaction, she had no idea that she had affected me so much.