We are what we eat 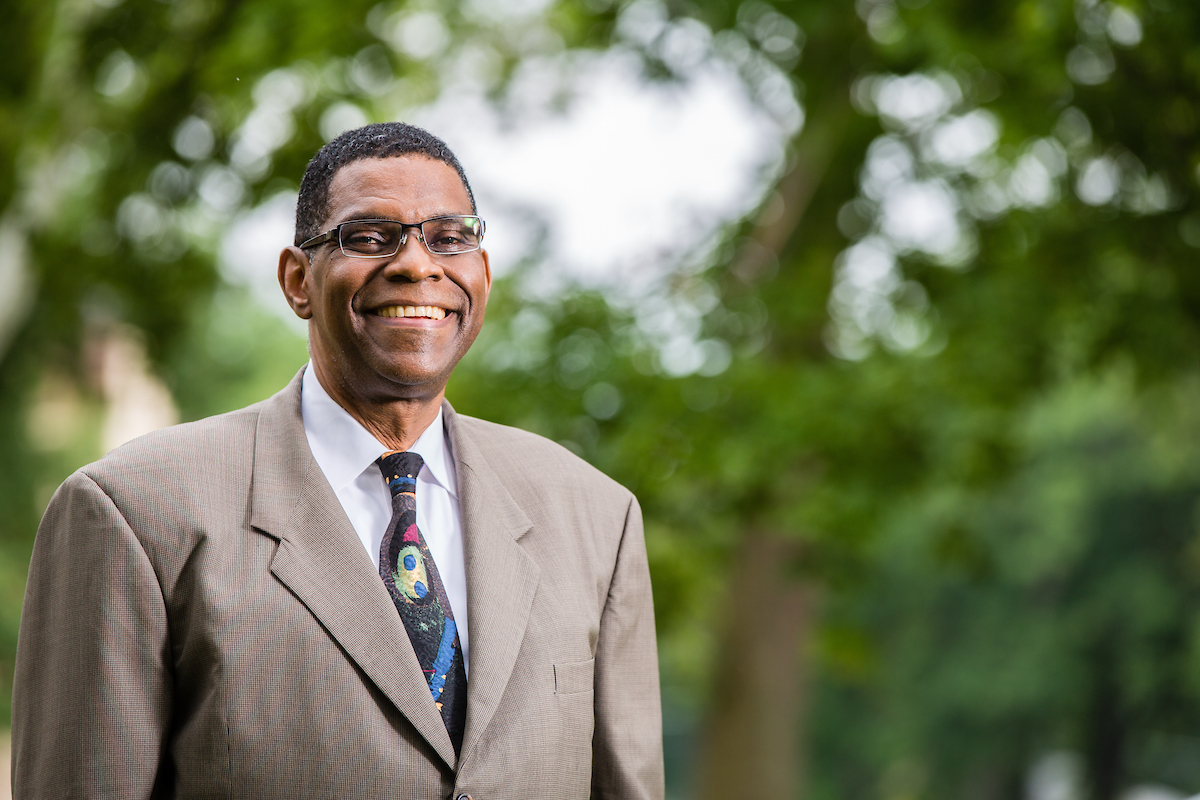 “I’m not anti-meat,” says Dr. Terry Mason (BS ’74). It’s an odd thing to say for someone whose diet is almost entirely plant-based. It’s even more curious when you consider that Mason has just spent the past hour talking about the connections between staples of the American diet—processed foods, sugary drinks, dairy products, and yes, meat—and the most common illnesses in this country. But Mason, the chief operating officer of the Cook County Department of Public Health, isn’t a critic of any one food in particular. He does, however, want you to change the way you eat.

“I’m not anti-anything; I’m just pro-health,” he says. “And I look at the food supply in America as the number one threat to our health.”

Mason hasn’t always been a proponent of healthy eating. After decades as a urologist, he transitioned into the field of public health in 2009 and began to learn more about the links between diet and disease. It led him to radically shift his own eating habits, and now Mason starts each morning with a shake that usually includes blueberries or blackberries, vegan protein powder, and fresh kale. With mounting medical research to back up his concerns, he’s made it his mission to spread the word about the dangers of the American diet.

“It’s about what helps you and what hurts you, and I’m not going to make any apologies for saying certain foods hurt you,” he says. “Because if we don’t get a handle on what’s going on, we’re going to be among the sickest people on the planet.”

Even with better education about nutrition, he recognizes the challenges of changing people’s eating habits. A proliferation of processed foods fills grocery store shelves. Corporations focus their marketing efforts on kids, pushing sugary drinks and salty snacks adorned with cartoon characters. An abundance of fast food restaurants provide a convenient dinner option for families that are seemingly always on the go.

In his role as a public health official, Mason sees an opportunity to take a community-based approach to the problem in suburban Cook County. And in searching for a local partner to assist in working toward solutions, he turned to his own alma mater.

Loyola has identified the need for collaborative and creative solutions to community health disparities as a key priority of “Plan 2020: Building a More Just, Humane, and Sustainable World,” the University’s five-year strategic plan. Leaders at Loyola’s Health Sciences Division in Maywood are working to identify local health concerns, and the recent Health-EQ conference—at which Mason was among the keynote speakers—took the first steps in developing strategies to tackle these issues.

Mason sees the Maywood community as a sort of “living laboratory” to test out potential solutions to suburban public health issues. Maywood doesn’t have a grocery store, and processed foods are much more accessible to families than natural, healthier options. There’s also a general lack of knowledge about nutrition among many families.

“If we could begin to work out some of the issues in Maywood,” says Mason, “we may be able to develop a blueprint for how we can transform communities all over the country.” Solutions may include things like teaching kids how to plant and grow their own vegetables or helping families find ways to cook healthier meals at home.

But Mason understands that food isn’t the only concern in Maywood. Communities that become food deserts, he says, often lack other vital resources like quality schools, social services, and affordable housing. Convincing people to adjust their diets is only one piece of the puzzle.

That’s where Loyola becomes such a valued partner. Among the strategies of Plan 2020 is a collaboration across disciplines to address health disparities, and Mason believes that’s just what a town like Maywood needs. He sees opportunities to bring together experts from schools across the University—such as law, education, social work, and business—to work together on a range of issues that impact people’s health.

“We could come up with a model where we can empower people, create jobs, help improve housing, and recreate stability in communities,” Mason says.

Such long-term collaborative efforts can make a significant difference over time. In the more immediate future, Mason just wants people to rethink what’s on their plates. Documentaries like Forks Over Knives and Food, Inc. have increased awareness about the consequences of our food choices, and vegan movements have gained steam in promoting a plant-based diet. But to really make a difference, Mason believes such voices need help in reaching a larger audience.

“That’s what I want to do, and I think an academic partner like Loyola can help create a platform for this,” Mason says. “Loyola can be an academic leader in really changing the world, one bite at a time.”