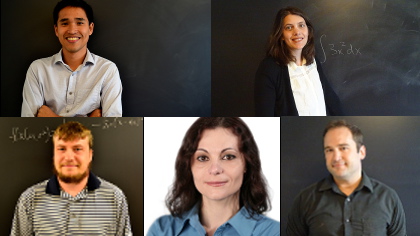 The Department of Mathematics & Statistics has grown a lot in recent years, and this year is no exception. Who are all these new faces and from whence did they come? Explore below. And join us in extending a heartfelt "welcome" when next you see them. 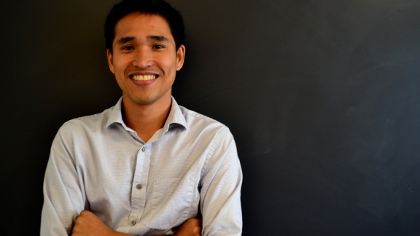 Dr. Balderama received his Ph.D. in Statistics from UCLA, studying space-time models of earthquakes and invasive species with Dr. Schoenberg. Before joining the awesome Department of Mathematics & Statistics at Loyola University Chicago, Dr. Balderama first traveled across the country for postdoctoral study with Dr. Gardner and Dr. Reich in the Department of Forestry & Environmental Resources at NC State University. His current research involves statistical methods and applications in the ecological, biological, and environmental sciences, including work with the Marine-life Data Analysis Team (MDAT) on the mapping of sea bird distributions along the Atlantic coast, a project supported by a grant from the Northeast Regional Ocean Council (NROC). 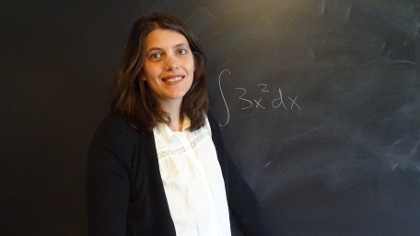 Rebecca Barliant Schwartz earned her B.S. in Mathematics, with departmental Honors, from Loyola University Chicago in 1999. She later returned to Loyola for graduate school, receiving her M.S. in Mathematics in 2011.  Prior to joining the faculty full-time for a one-year lecturer appointment, Rebecca had been a part-time instructor at Loyola since 2009. She has taught Algebra, Precalculus, Calculus, and Statistics courses.  She has also taught a variety of Mathematics courses at the Illinois Institute of Art and the Cooking and Hospitality Institute of Chicago. Before launching her teaching career, she worked as a computer system analyst and software engineer at a variety of different organizations, including the Non-Proliferation and International Security Division at Los Alamos National Laboratory, auction website uBid.com, and Barbara’s Bookstores (her family business.) 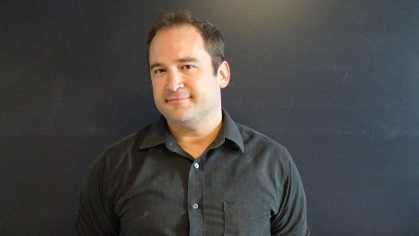 Gene Law earned a BS in Chemical Engineering from Purdue University in 1998 and an MS in Mathematics from Loyola University Chicago in 2013. He has an extensive teaching background teaching at the high school, community college, and university levels and obtained his Secondary School Teaching License from the state of Indiana in 2001. He has taught courses in Algebra, Geometry, Trigonometry, Calculus, Statistics, and Mechanics. Before joining the Department of Math and Statistics as Lecturer on a one-year appointment, Gene spent eight years teaching mathematics and English abroad in Tokyo and Madrid, as well as serving as a math teacher and the Head of Pastoral Care at a private high school in London. Prior to teaching he worked as a Design Engineer in the HVAC industry. 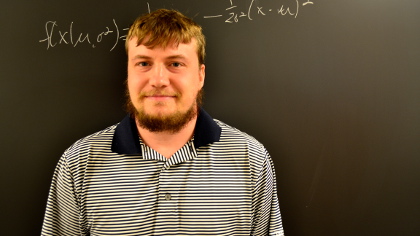 Dr. Matthews earned a Ph.D. in statistics in 2011 from the University of Connecticut.  Prior to this he spent two years in the "real world" in a  direct marketing department building predictive models after receiving his B.S. in actuarial science and M.S. in applied statistics from Worcester Polytechnic Institute (WPI) in 2004 and 2005, respectively.  Most recently Dr. Matthews completed a 3 year appointment as a post-doctoral research fellow at the University of Massachusetts-Amherst.  His research interests include statistical disclosure control, missing data methods, statistical genetics, and statistics in sports. 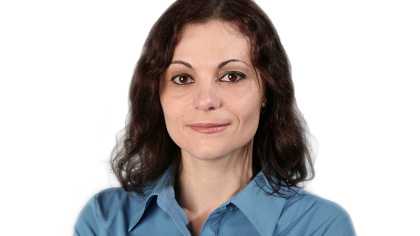 Dr. Popovici received her B.S. degree in Mathematics from University of Craiova, Romania, and M.S. and Ph.D. degrees in Mathematical Sciences from Carnegie Mellon University. Prior to joining Loyola, she was a Visiting Postdoctoral Fellow at University of Utah, and an Assistant Professor at North Dakota State University. Her research interests are in Analysis, specifically Calculus of Variations and Partial Differential Equations.