An ordinary artifact, until its significance was uncovered 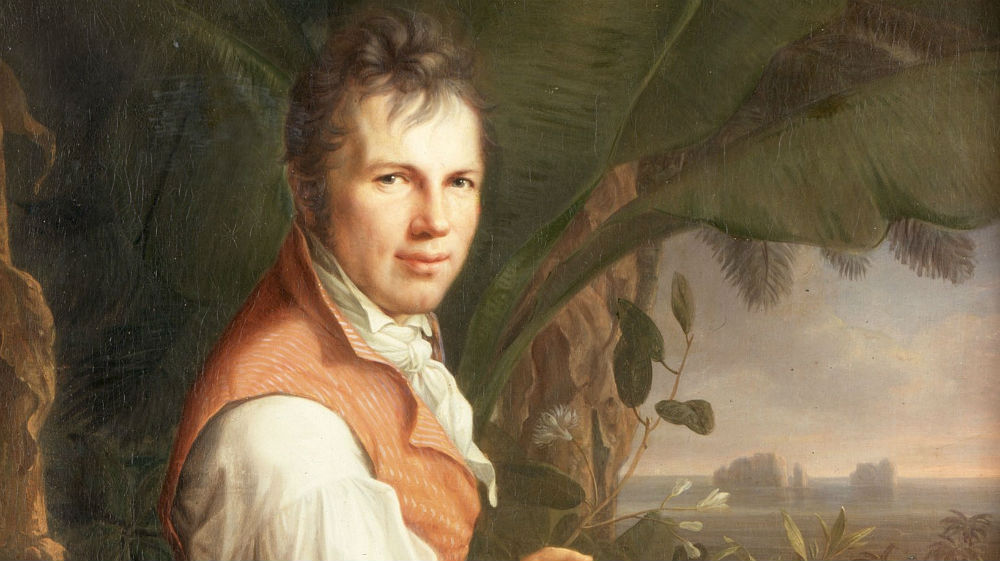 Dr. Reinhard Andress, Professor of German and Director of the German Studies Program, in the Department of Modern Languages & Literatures of Loyola’s College of Arts and Sciences, discovered an important document while researching the German explorer, geographer, scientist, romantic philosopher and author of Kosmos, Alexander von Humboldt (1769-1859). While working in the Newberry Library in Chicago, Andress came across an unaddressed letter that he concluded was written to Thomas Jefferson. The short letter yields insight into Humboldt and his research expeditions through the Americas.

Humboldt was a primary figure in 19th century German science who thought about and researched sciences in an interdisciplinary way. When he traveled to South America from 1799 to 1804 to conduct research, he incorporated knowledge of anthropology, botany, biology, chemistry and geology into his theories and writing. Toward the end of his South American trip, Humboldt briefly visited President Jefferson in Washington to share with him his scientific insights and to advise the President regarding the Lewis and Clark Expedition. Humboldt and Jefferson subsequently corresponded until 1825, discussing a broad range of scientific and other topics. In the letter Andress discovered, dated December 28, 1811, Humboldt is seeking tobacco seeds, most likely for research purposes. The letter is a postscript to an initial letter sent to Jefferson eight days earlier. This connection and other references enabled Andress to establish Jefferson as the recipient of the unaddressed letter. Significantly the letter also mentions José Correia da Serra and Joel Barlow, illustrating the high level of contacts Humboldt enjoyed in both Europe and the United States. The letter will be the subject of a future publication by Andress.

The Newbery Library collection’s focus is on primary sources that relate to the Americas and Europe. These collections also include maps, rare books, and etc. For more information, please visit: www.newberry.org.