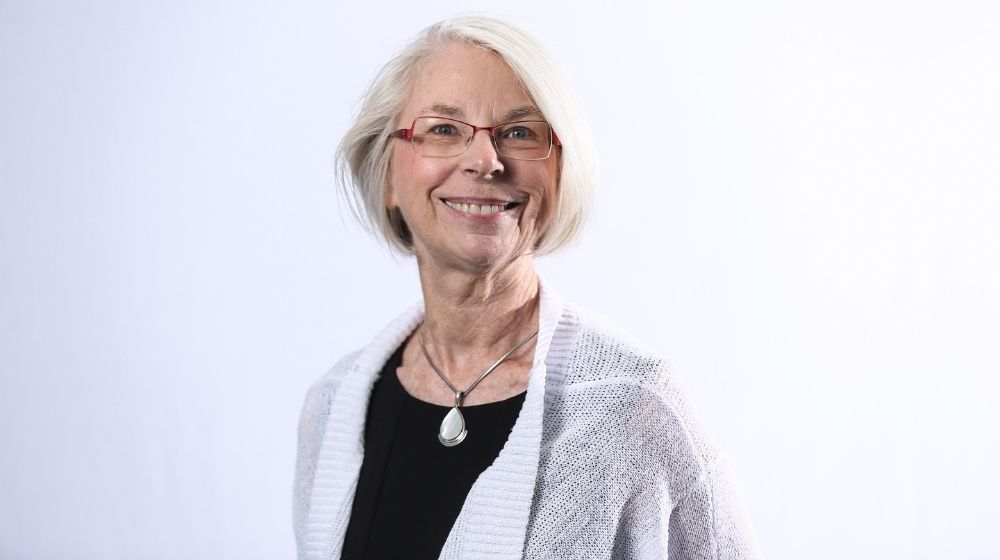 Diana Hackbarth, PhD, RN, FAAN, Professor Emerita at Loyola University Chicago's Marcella Niehoff School of Nursing, (BSN '68), was one of the female veterans to be honored on the historic, first all-woman veterans flight to Washington D.C. Women veterans who served on active duty in any branch of the military during WWII, the Korean War, or the Vietnam War era, will be brought together in Washington D.C. on October 6 and recognized for their service. Diana was among nearly a dozen School of Nursing graduates in the class of 1968 who enlisted in the Navy Nurse Corps and went directly into military service.

Mary Ann McDermott, PhD, RN, FAAN, Professor Emerita at Loyola Nursing, (BSN '60, MSN '69), said of Diana’s experience, “She graduated during the height of the Vietnam War, was sent to the Naval Hospital San Diego, and then on to Taiwan in S.E. Asia. At age 22 she was a junior officer and the only night nurse on duty supervising 23 medics in a 300 bed hospital. Talk about a person for others!”

Operation HerStory and Honor Flight Chicago have partnered with numerous veterans and philanthropic organizations to recognize the service of women on the October 6th flight. According to Diana, “We were newly minted, inexperienced nurses but were expected to provide both clinical and leadership skills in caring for wounded military personnel. We used our Loyola education as life-long learners to quickly adapt. I did nothing dangerous or heroic, but others did. Loyola nurses have served in military hospitals in the U.S., Europe, South East Asia and the Middle East, and on the hospital ships Comfort and Repose. There are many additional female veterans who served in the military, or are currently serving in a variety of important roles, who also deserve to be recognized."

Loyola Nursing is so very proud to call her one of our own, both as an alumna and as a long serving professor and mentor to many students and faculty. Diana encourages more Loyola nurses, as well as other Loyolans who have served our country, to step forward and tell their story. The service of Loyola alumni veterans, women and men, deserves be recognized and honored.

If you would like to send a congratulatory message to Diana or to let us know of your own service, please contact the School of Nursing's Alumni Relations team.