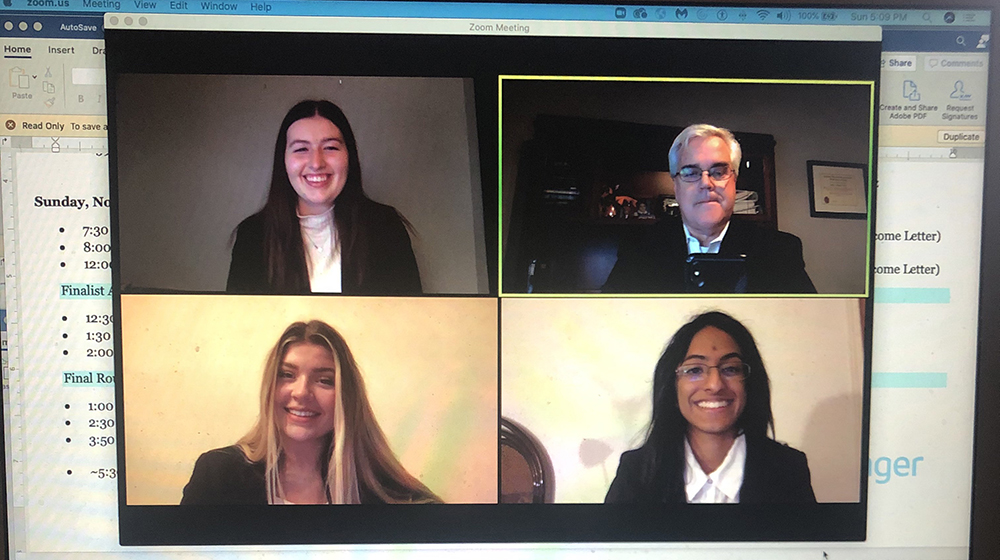 “This represents a significant step forward for the Health Care Administration program,” says Brady. “We are establishing Parkinson as a leader in the field by going head-to-head against other institutions and demonstrating the strength of our students both academically and professionally.”

During this year’s competition, teams were tasked with providing analysis and recommendations to assist Geisinger Health System and Health Plan with a statewide expansion for its Medicaid insurance product and clinical services in three, new urban markets in Pennsylvania. With only 16 hours to create their presentation on Saturday, the Parkinson team conducted state and market analyses to develop recommendations to facilitate the expansion. On Sunday morning, they presented their findings to a preliminary panel of judges, and later that day advanced to the final round where the team presented to six senior Geisinger executives. Even with the challenge of collaborating and presenting via Zoom, Parkinson’s team successfully took home first place.

“It was an honor to represent Loyola and Parkinson alongside Megan and Dana,” says Lech. “This was an experience of a lifetime!”

Please join us in congratulating Sturonas, Varughese, Lech, and Brady for this incredible win!