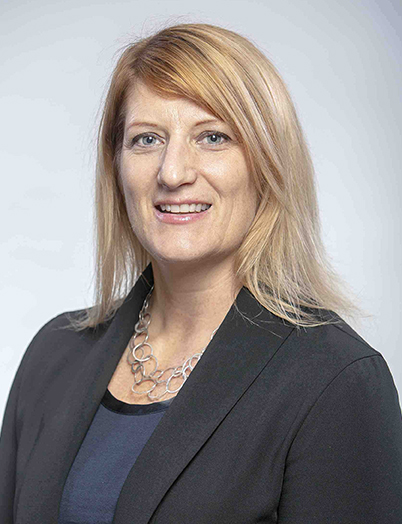 Lara Dugas, PhD, MPH, FTOS received her doctorate in Exercise Physiology from the University of Cape Town, South Africa in 2004. In 2007 she joined Loyola University Chicago (LUC) as a research associate, utilizing her training in the measurement of human metabolism, including whole body energy expenditure, diet and physical activity monitoring. In 2011, she completed her MS in Clinical Research Methods and in 2013 she obtained her MPH in Epidemiology. In 2016 she was named LUC Stritch School of Medicine Junior Scientist of the year, and in the same year became a fellow of The Obesity Society. She is also the LUC Cardiovascular Research Institute Division Director for the Public Health Sciences Division. As the project coordinator (2009-2014) on a large five country study investigating the effects of diet and physical activity in populations of African origin, she became interested in the role of intermediary metabolites, including metabolite profiles and short chain fatty acids derived from the gut microbiota, and chronic diseases, such as obesity and diabetes, in these diverse populations of African origin. Her first NIH-funded study is titled: Gut microbiota, short chain fatty acids, and adiposity across the epidemiologic transition (2017-2022). This international study will build upon her previous work and explore the role of gut microbiome, its metabolites, and their relationship to adiposity and chronic disease risk in adults of African origin. Her newly funded R01 is building on her gut microbiota work, exploring the role of sleep disruption and the impact on the gut microbiota and cardiometabolic risk outcomes. Dr Dugas was one of the founding members of the LUC Sports Medicine Epidemiology research group, focused on understanding the role of early sports specialization on the risk for sports injuries in adolescent athletes. The work from this group has received both national and international attention for setting guidelines for the prevention of injuries among children and adolescents who specialize at a young age.

What prompted you to pursue your field?

Initially, I was taught that differences in the prevalence of obesity, hypertension and type 2 diabetes between black and white populations were as a result of physiological and genetic differences. However, after meeting Dr. Richard Cooper, and Dr. Amy Luke, and they incredibly insightful work exploring ecological differences between populations of African-origin, and the social determinants of health, I knew I had to change the way I thought about obesity and its co-morbidity's.

Teaching in Parkinson provides a very holistic and grounded experience. Parkinson prides itself on its multi-disciplinary and diverse teaching faculty, all of whom I have found to be highly collaborative and excited to share pedagogy across disciplines, and move away from a previous silo approach.

What does your department's focus mean to you?

Public Health means exploring the social determinants of health, and understanding how ones lived experience impacts their health outcomes.

Why is this area of study important at this point in time?

Right now, the intersection between health outcomes, and the social determinants of health couldn't be more important. Not only because we are living through a once in a life time global epidemic, but because those most affected by the epidemic are those without access to regular health care, or who have a greater burden of disease.

What would you tell a student about why your field is exciting/important/the potential impact s/he could make?

At no other time in the last 100 years, has the understanding of the social determinants of health been more important to population health.

What "called" you to/attracted you to Loyola?

Loyola is founded in social justice and health equity. From top to bottom, Loyola leadership and faculty embody this defining spirit, and I am proud to call myself a Rambler.