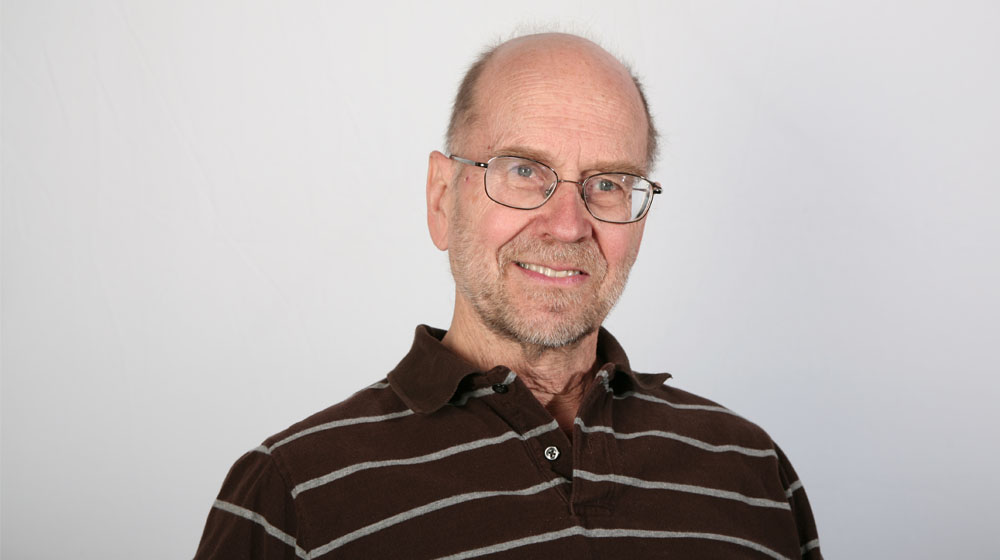 An interview by Lauren Dennis

Dr. David Schweickart is Professor of Philosophy at Loyola University Chicago. He holds a PhD in Mathematics (University of Virginia), and a PhD in Philosophy (Ohio State University).

Professor Schweickart has taught at Loyola since 1975, including at the Loyola Rome Center several times. He has been a Visiting Professor of Mathematics at the University of Kentucky, and a Visiting Professor of Philosophy at the University of New Hampshire. Dr. Schweickart was voted Faculty Member of the Year for 1998–99 by the Loyola University Faculty Council. He then served as a Humanities Representative on Faculty Council for ten years, 2000–2010.

Dr. Schweickart's primary areas of research are social and political philosophy, philosophy and economics, and Marxism. He also has major interests in feminist theory, existentialism, critical theory, and race and racism. His work has been translated into Chinese, Spanish, French, Norwegian, Slovak, Farsi, and Catalan. He has given presentations in the United States, Canada, Mexico, Cuba, El Salvador, Venezuela, Spain, France, Germany, Italy, Greece, the Czech Republic, Slovakia, Sweden, Norway, the Philippines and China.

How did you become interested in social justice and involved in activism?

Exactly fifty years ago, in the spring of 1965, Fr. William Stickle, the pastor of the church I attended while a graduate student at the University of Virginia, went to Selma, Alabama to take part in the great civil rights march. Inspired by his example, I said “Sign me up” to a Harvard mathematician who was visiting campuses, recruiting math graduate students to spend the summer teaching at all-black colleges in the South. I was assigned to Miles College in Birmingham (known then in civil-rights circles as “Bombingham,” a reference to the church bombing in 1963 that killed four little girls, and the many other bombings of black homes and businesses in the city).

This changed my life forever. I was nearly killed there (I think—long story). I continued civil rights work when I returned to Charlottesville. Supported by my parish, I joined forces with a UVA janitor, one of his friends, and some other graduate students and organized a boy’s club for African-American kids. We met weekly, learned scouting skills and black history, and went on monthly camping trips—usually in the Blue Ridge Mountains, which weren’t far away.

After completing my degree and accepting a position in the math department at the University of Kentucky, I became involved in anti-war activities. I was almost arrested, along with Dr. Spock and many others while trying to shut down Washington D.C. (I avoided arrest by accident—another story. Thousands weren’t so lucky.) Then, while transitioning from mathematics to philosophy, I read Karl Marx. That too changed my life. “Philosophers have interpreted the world in various ways,” he wrote while still a young philosopher. “The point, however, is to change it.”

I’ve tried to do both—keep one foot in philosophy and one in activism. Shortly after coming to Loyola, I helped organize a campus chapter of Amnesty International. Shortly after the murder in El Salvador of three Maryknoll nuns and a churchwoman, the Loyola Organization for the People of El Salvador (LOSPES) was born. I was very much involved with LOSPES, assisting in the exposure of a Chicago “Red Squad” agent who had infiltrated our group. Amnesty and LOSPES occupied me for most of the 1980s.

During the 1990s I was active with CORAL, the Committee on Racism at Loyola. In 1997, I invited some volunteers from a new, all-volunteer organization based on the South Side to speak in my classes. They were impressive. My work with them has deepened over the years. I am still trying to both interpret the world and change it.

All major social movements of modern times have involved students. Young people have often generated the most energy and taken the most risks. There’s a freedom you have as a college student that you’ve never had before. And, for some at least, there comes the realization that you can try to make a difference in the world. Acting on this insight can change your life. To be sure, student debt and precarious job prospects give this generation less freedom than my generation had, but it’s still a privileged period of life.

How can students relate what they are learning in their philosophy classes to social justice and causes they are passionate about?

What drew me away from Mathematics and toward Philosophy was my sense that philosophy dealt with “the big questions”—not how to prove esoteric theorems, but about ultimate reality, about what and how much we can know, and how we should live our lives, both individually and collectively. Issues concerning social justice map onto these fundamental questions. That’s certainly been my experience. Philosophy asks you to confront the uncomfortable fact that you were born and you will die, and there are but a finite number of years in between. It asks the uncomfortable question: what then should you do with those years?

You are organizing a Social-Political Documentary film series during this semester featuring a series of films that focus on student activism. Do you have a particular favorite article, book, movie, blog etc. that you could recommend to those interested in social justice and student activism?

Films that come to mind are several I’m showing (or have shown) in the film series: Freedom Summer, about the summer of 1964 in Mississippi, where three young civil rights workers were killed, and several documentaries about the anti- war movement of the 60s and 70s: The War at Home, Hit and Stay, and The Weather Underground. As for books, I can tell you books that changed me: The Autobiography of Malcolm X, Richard Wright’s Native Son, Karl Marx’s Capital, v. 1, Simone de Beauvoir’s The Second Sex. Most recently, Naomi Klein’s This Changes Everything: Capitalism vs. the Climate. There are many, many more. Books matter a lot to me and have shaped the person I’ve become.

What philosophers and activists do you find inspiring?

The big three in my life who were both philosophers and activists, are Karl Marx, Jean-Paul Sartre and Simone de Beauvoir. Noam Chomsky has also been inspirational, and—I can’t stop thinking about her—Naomi Klein.

In addition to social justice, what are you passionate about?

This will sound odd, but I have to say it: my wife. We were married in 1966. (The year before she was with me briefly in Birmingham, the night we both—maybe—could have been killed.) I had no idea as to what was to come. At the time I was a graduate student in mathematics; she was a graduate student in chemical engineering—the only woman in the UVa School of Engineering. In those days (and maybe still) mathematicians thought they were smarter than everyone else, certainly smarter than engineering students. So, combining that arrogance with the gender and racial arrogance all too common at the time, I assumed that my little Filipina wife would readily acknowledge my clear superiority and follow me, wherever I should lead. (I cringe as I utter these words, but I’m trying for honesty.)

Little did I know that the woman I had married would become a leading feminist theorist, the editor of the National Women’s Association Journal, the director of the Asian-American Studies Program at Purdue University, etc., etc. It has been a roller-coaster ride. I had a lot to learn. All in all, a thrilling ride. Thrilling still.

Another passion: my eldest granddaughter, with whom I have been living since the day she was born, September 27, 2000. She’s a mixed race kid—African-American, Filipino and Caucasian—a perfect blend of genes from almost every continent, a beautiful blend recalling earlier phases of my life.

Patsy and I will be taking Lauryn and our other (soon-to-be) 14-year-old granddaughter for a hike this summer along the Camino de Santiago, in northern Spain, a pilgrimage route, an appropriate journey (we hope) for two young girls stepping into a new phase of life.