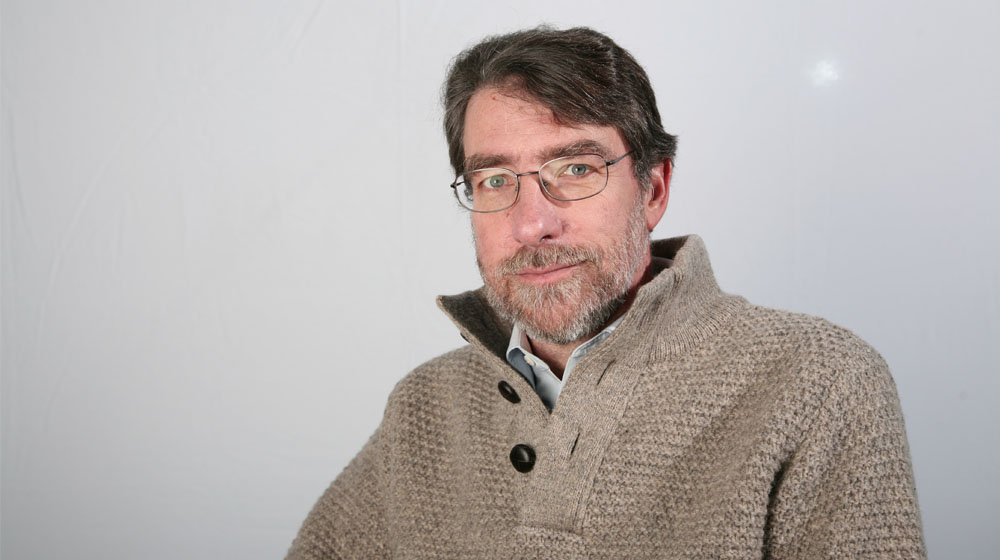 The following is the first in a series of faculty interviews conducted by Corbin Casarez, Loyola Philosophy PhD student, for the Association of Graduate Students of Philosophy (AGSP) blog. For more information on AGSP, please view their official webpage or visit their blog.

AGSP: Dr. Waymack, we’re really grateful that you have agreed to be our “guinea pig,” if you will, and be the first in what we hope to be an ongoing series. Let’s start with your intellectual biography: how did you come to philosophy, who or what were your influences, etc.?

MW: I was captivated by Philosophy in my freshman year of college. But because of interest as well as practicality, I also loaded up on Economics courses, winding up one class short of a double major. I did spend my junior year at the University of Edinburgh, which would have a lasting effect on my interests. After graduating with the BA, I was still ambivalent about the risk of Philosophy as a career, so I went to the University of Exeter to do an MA in Moral Philosophy by thesis and exam. This gave me a chance to write a thesis and try out graduate work in Philosophy. I loved it, so I returned to the U.S. to do the PhD at The Johns Hopkins University. At Hopkins I did a lot of grad seminars in Classics and embarked on a dissertation in Plato’s ethics, but I had a nasty falling out with my director. Ugh. So reaching back to my year at Edinburgh, I skipped a couple of millennia and delved into a dissertation on 18th century Scottish moral philosophy.

Once here in Chicago, I spent many years working with projects on the elderly, including nursing home work, as well as some 16 years doing various things with Children’s Memorial Hospital (primarily as a clinical ethics advisor and then as a member of the IRB)

AGSP: So what brought you to Loyola University Chicago?

MW: I joined Loyola in 1987, shortly after earning the PhD. I had done a dissertation in the history of ethics, but had developed a keen interest in applied ethics, especially bioethics. I guess you could say that ethics was my driving passion in philosophy. Loyola University was one of the few Philosophy Departments at that time that was truly committed to both ethical theory and what we called applied ethics. So that Jesuit commitment to ethics and justice as an institution winds up being a big part of why I wound up here at LUC. Applied ethics is now far more widely accepted and valued than it was in 1978, but LUC still holds a significant commitment to values teaching and inquiry, more so than many universities.

AGSP: Tell us a bit about your primary areas of research.

MW: My research has always been ethics. But it has been split between history of ethics, both about Plato and especially the 18th century, as well as applied ethics concerns.

With regards to the history of ethics, I have had a particular interest in how past philosophers understood what it meant to do moral philosophy. What exactly is the subject matter, and what is the appropriate methodology? For example, in the 18th century there was a concerted move to try to approach moral philosophy as analogous to the empirical sciences. Ethical theory should then be based upon “evidence” and should be cleanly intellectually organized, almost like Newtonian Physics. What then becomes of the relationship between the “is” and the “ought”?

As for the applied field, I have worked on a variety of projects in medical ethics and philosophy of medicine, including justice questions and clinical questions. But I have most consistently been interested in issues of ethics and aging, with medical and social issues in mind.

AGSP: What is it like serving as Chair of the Department of Philosophy?

MW: I quite like teaching, especially these days since I get to do so little of it. Most of my time at work is now spent in the role as Chairperson. There is lots that I quite dislike about that job—the spreadsheets, the endless reports, etc. On the other hand, it is a chance to do what I can to help nurture the department as a whole. So with my very limited power and resources, I try to figure out how I can best sustain morale and promote the kinds of commitment and activities that keep the department thriving and happy.

AGSP: Thanks for your honesty. It is easy to imagine that interacting with students is more frequently rewarding than the everyday duties of serving as Chairperson, so let’s focus on teaching for a moment. What is the most important thing that you hope students take away from your classes?

MW: For a recent Introductory course I taught (PHIL 181: Ethics), one student complained in the evaluations that I asked too many questions and did not lecture enough. My response when I read that was that I had messed up somehow—not that I had asked too many questions, but that somehow that particular student just didn’t get what my central aim for the course was. For those Core courses, I try to sensitize students to the variety of ethical challenges that they may face in their lives, and then to get them to appreciate how some philosophical skills can help them work their way through those challenges. That requires some “content,” of course, but it also requires some active commitment and practice on the part of the student.

The 300-level courses are, of course, a different sort of thing. Here undergraduates get to see what delving more deeply into an academic discipline can look like. And they get to stretch themselves in ways that they have not been intellectually challenged prior to becoming a Philosophy Major (or Minor).

Graduate education is, of course, much more about professionalization. Yes, there is a lot of subject matter to master, but there is also the crucially important goal of leading graduate students into truly appreciating scholarship and critical thought.

AGSP: Let’s shift gears—how do you like to spend your time when you’re not doing philosophy (or filling out spreadsheets and reports)?

MW:Well, there are those two books (and a few articles) in what we might call “applied aesthetics.” By that I mean the book on Scotch whisky and the one on Bourbon. And yes, I occasionally make wine, beer, and cider at home.

But I did pick up bagpipe lessons starting five years ago, and I try to spend about five hours a week working at that. It’s exercise, it’s relaxing, but it still requires some brain-work. And yes, most summers I now attend about five Highland festivals and participate in the solo bagpiping competitions.

AGSP: Your home brews are quite popular at Department events, and we got to enjoy the sounds of the bagpipes floating over Lake Michigan at the beginning of the year barbecue. Thanks for sharing your skills with us! Thanks also for your time to help initiate our series of faculty profiles by answering these questions. In conclusion, what is one thing that you wish everyone knew about you?

MW:I do wear many hats, so I am not certain there is much that I really want “everyone” to know about me! I did grow up in the 1960s in the South. So my speech cadence can be a bit slower than is the norm around here, which sometimes unsettles people talking to me. I am not one prone to filling space with a constant stream of chit chat; so I am comfortable with stretches of quiet, which also unsettles some people. And I am generally not inclined to dictate judgment to other people. There are few things in life less well-received than unsolicited advice.

Unfortunately, those character traits are sometimes read as signs of arrogance or aloofness, which I don’t think is the “real” me.