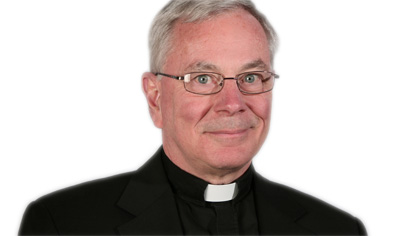 Loyola University Provost John Pelissero announces that Thomas Regan, S.J., has accepted the university's offer to become the dean of the College of Arts and Sciences.

On behalf of Father Garanzini, I am happy to announce that Thomas Regan, S.J., has accepted our offer to become the dean of the College of Arts and Sciences. Father Regan has been serving as the interim dean of the University’s largest college since June.

Following wide consultation within the College of Arts and Sciences, including conversations with department chairs, program directors, and the faculty and staff, it became clear that the college would be served best by the appointment of Father Regan, as he has demonstrated effective leadership and excellent management of the college this past year.

In addition to his role as dean of the College of Arts and Sciences, Father Regan will continue to hold an appointment as associate professor in the Department of Philosophy, serve as academic dean for St. Joseph College Seminary, and as director of the Jesuit First Studies MA program.

Prior to joining Loyola in 2011, Father Regan served in a number of administrative and faculty positions at fellow Jesuit institutions, including Fordham University, Loyola Marymount University, Fairfield University, and Boston College.

Father Regan also served six years (1991–97) as the national president of Alpha Sigma Nu, the Honor Society for all Jesuit colleges and universities in the United States, and he is a past president of the Jesuit Philosophical Association. In 2003, he was appointed to a six-year term as provincial of the New England Province of the Society of Jesus. As provincial, Father Regan served on the Jesuit Conference’s Higher Education Committee, which entailed continuous dialogue with university presidents, other provincials, and the presidents of the Association of Jesuit Colleges and Universities and the Jesuit Conference.

Please join me in thanking Father Regan for his leadership of the college over the last year, and encouraging him as he continues to lead the University’s largest college.