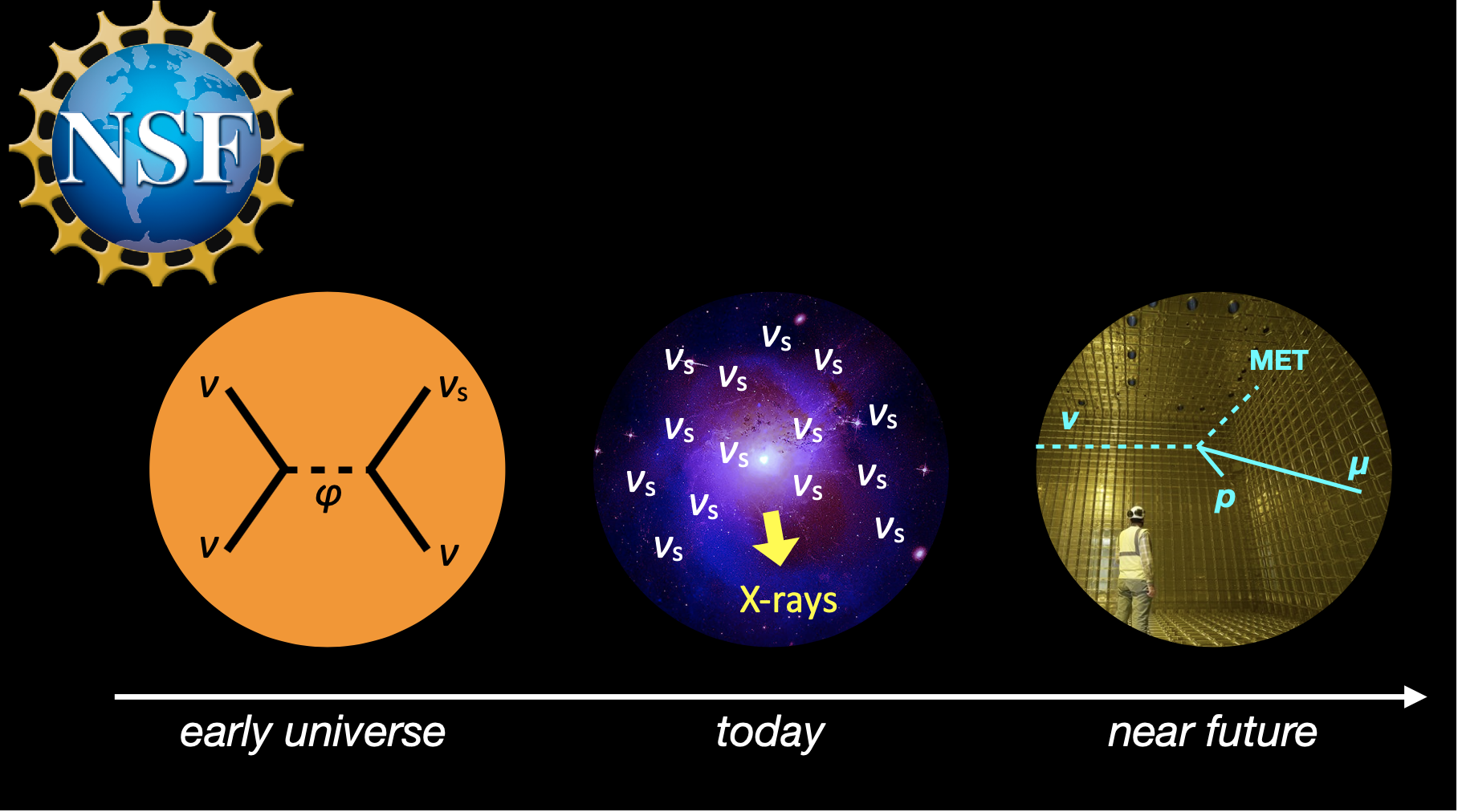 Two of the most intriguing puzzles in particle physics are the nature of dark matter and the origin of neutrino masses. Dark matter refers to an ingredient of the Universe whose effects on galaxies and other astrophysical objects can be measured by physicists, but no other property is yet known. Neutrinos are particles of the “standard model of particle physics” that are predicted to have no mass. However, experiments have shown that neutrinos are incredibly light, but not massless. For his research on the neutrinos and dark matter, Dr. Walter Tangarife has been awarded a grant from the National Science Foundation to support his reseach for three years, starting in Fall 2020. The project is titled "Intersections Between Dark Matter and Neutrinos," and in this project, Dr. Tangarife aims to explore testable models where neutrino physics and the dark matter problem are intertwined. An example of such models is given by sterile neutrino dark matter, neutrinos can oscillate into the dark matter particle very early in the universe.  This project is also envisioned to involve undergraduate students at LUC, providing them with critical skills of great utility in both academic and industry careers. This program will bring a broader impact to our local community through public lectures and outreach events.