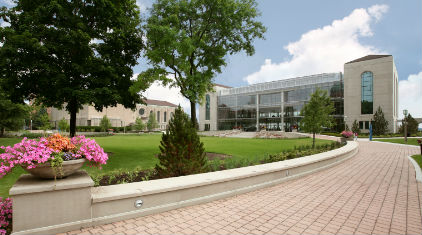 Dr. Victor Ottati has been awarded a $234,740 grant from the Fuller Theological Seminary, in concert with the John Templeton Foundation, to study the malleability of intellectual humility.

The title of the grant is "Malleability of Intellectual Humility: The Flexible Merit Standard Model." The proposal emphasizes that intellectual humility is a malleable psychological orientation that systematically varies across situations. This is because open-mindedness is perceived to be merited or appropriate in some circumstances (e.g., when politicians compromise to negotiate a fair tax bill), whereas dogmatism is perceived to be merited in other circumstances (e.g., when a woman demands equal pay for equal work).

On this basis, it is proposed that a variety of factors produce situational variation in intellectual dogmatism, intellectual open-mindedness, and intellectual humility. For example, it is proposed that historical reminders of virtuous dogmatism (e.g., Rosa Parks refuses to move to the back of the bus) or virtuous open-mindedness (e.g., two countries compromise to achieve a peace agreement) activate a dogmatic or open-minded psychological orientation in the mind of the individual, which in turn, is applied when the individual considers contemporary social issues or problems (e.g., crime, violence).