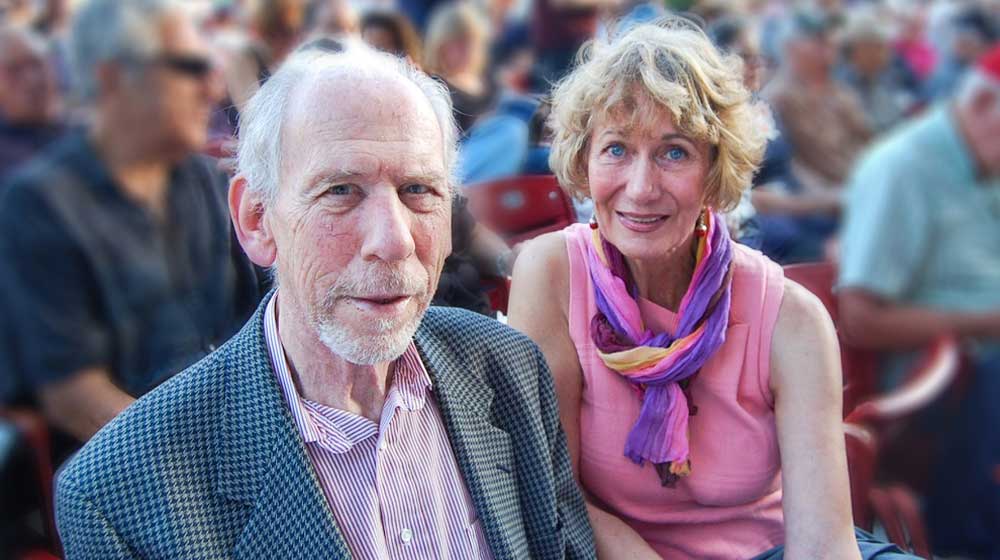 The late George G. Kaufman, PhD, (left) and his wife, Mimi Winter, have been longtime supporters of the Quinlan School of Business.

The late George G. Kaufman, PhD, was one of the world's leading experts on banking, a prolific researcher, and the highly regarded John F. Smith Professor of Economics and Finance at Loyola University Chicago’s Quinlan School of Business. A generous $1.25 million gift from his wife, Mimi Winter, will extend his legacy by renaming the Center for Financial and Policy Studies the George G. Kaufman Center for Financial and Policy Studies.

Kaufman established the center and was its director for more than 20 years.

“We’re grateful to Mimi Winter for making this generous gift,” says Maciek Nowak, PhD, interim dean of the Quinlan School of Business. “This investment will continue Quinlan’s work of educating the next generation of mission-driven leaders in banking and financial services. Through this gift, the George G. Kaufman Center will be able to fulfill the legacy of George’s important contributions to Quinlan, Loyola, and the field of finance.”

About the Kaufman Center

The Kaufman Center will propel the debate on current financial services policy issues and build on George Kaufman’s work to understand the role of the banking/financial sector in promoting economic growth and financial stability.

The Kaufman Center will review and identify areas in the banking and financial services sector that are policy relevant and in need of attention and investigation. By utilizing conferences and other forums, the center will bring together experts to present research and deliberate on policy issues. The center will then disseminate that research and associated policy recommendations to financial researchers, regulators, and policymakers.

The renaming of the center is the first step toward developing a nationally recognized research center, supported by faculty and institutional support. Initially the goal will be to evaluate and distribute research addressing the relevant policy issues of the day. The model for that will be similar to the Federal Reserve Bank of Chicago’s Bank Structure Conference with supporting research and marketing staff. Through time, the center will seek to directly contribute to that policy research effort with consultants and research staff.

First director of the Kaufman Center

The Kaufman Center has named Douglas Evanoff, former vice president and senior financial economist for the Federal Reserve Bank of Chicago, as its first director. He will begin to recruit members for an advisory board comprised of leaders in financial services research and practice. Evanoff was a close colleague of Kaufman and worked with Kaufman to develop and critique public policy related to financial services. They also combined to make numerous contributions to the relevant policy literature.

George G. Kaufman, PhD, was one of the world’s leading experts on banking, monetary policy, and financial stability. He founded and participated in the Chicago Federal Reserve Bank’s Conference on Bank Structure and Competition for 50 years, one of the longest run conferences in the bank’s history. He also served as an economist for Presidents Gerald Ford and Jimmy Carter.

Kaufman introduced the principles of Prompt Corrective Action (PCA) toward failing financial institutions, and Least Cost Resolution of failed banks. Both concepts were incorporated into public policy through the FDIC Improvement Act of 1991.

He also helped found and served as co-chair of the U.S. Shadow Financial Regulatory Committee, which provided a formal platform for economists to critically evaluate financial policy recommendations.