Quinlan students are bringing home top honors across a variety of student competitions and business disciplines.

Honors during the 2019-20 academic year include:

Our team of MS of Human Resources students won second place in the final round of the University of Minnesota Carlson International HR Case Competition. The students won the first round of the competition and were invited to be one of six teams in the final round out of dozens of competing universities from around the world. In the final round, the team competed over a three-day period in Minneapolis. The students analyzed a live case—a business challenge faced by UnitedHealth Group—and presented before a panel of UnitedHealth executives. The students are Allison Page, Camila Parra, Garrison Merriweather, and Jonathan Magallan, with faculty advisor Peter Norlander.

Accounting students placed second against 10 teams from universities around the country in the TrueUp Blockchain Challenge. The Quinlan team was comprised of Tyler Smith, Courtney Foggie, and Ramzy Wehbi, with faculty advisor Daniel William.

Our accounting team placed in the Final Four at the Deloitte Audit Innovation Case Competition (AICC), out of ten schools represented. This Final Four placement marks a record for Loyola, being our best performance at the competition since its founding in 2015. The Quinlan team was comprised of Chiara Del Prete, Paige Fisher, Connor Ford, Katherine Rasche, and Conor Williams, with faculty advisor Peter Kolos.

See photos of the winning teams in the gallery below or in the Quinlan Flickr gallery. Congrats to our students and faculty! 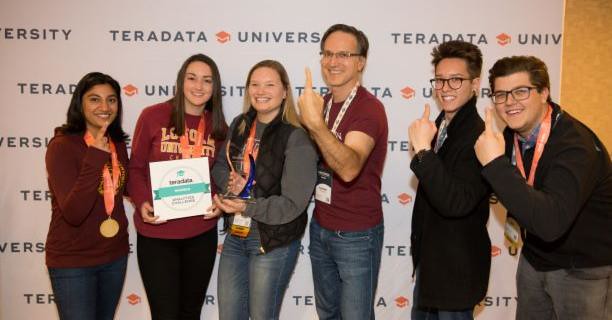