Quinlan students in San Juan, Puerto Rico, during their initial work toward a resource database to help the community.

Students in a service-orientated solutions course (INFS 799) are tackling a critical real-life challenge: how to help Puerto Rico quickly recover from the next natural disaster.

Their solution: a resource database that could be utilized by emergency management agencies across Puerto Rico.

According to Professor Carolyn Tang Kmet, the course’s instructor, the solution will incorporate distribution plans, evacuation plans, and environmental and logistical data to reduce current inefficiencies. It will enable community leaders to enter in resident data, and its robust mapping system will allow recovery teams to plan rescue missions for vulnerable populations ahead of a natural catastrophe.

Partnering with the community

Along the way, the class was able to secure the blessing of the community and the full support of the government.

Later in the week, they met with local community leaders and a Federal Emergency Management Agency (FEMA) representative to learn more about what they are doing to help. A data engineer at Google, who is the husband of a student in the class, also agreed to contribute some of his allocated volunteer hours to help develop a solution.

During the pre-trip research and their time in Puerto Rico, the students learned that two years after Hurricanes Irma and Maria hit the island, the U.S. territory is still struggling.

“The people of Puerto Rico, post-Maria, continue to struggle on a day-to-day basis,” says Kmet. “Homes without roofs, doors, or windows. Shuttered hospitals. Children traumatized by a feeling of complete helplessness.

Even electricity has not yet been restored everywhere. In many places, electricity is distributed via a spider web of orange extension cords, strung together end-to-end, from one house to the next.

“Sharing of resources like this can get trying and expensive,” says Kmet. “It’s also very unstable and unsafe to do this, considering they are running these cords through trees and other shrubs over long distances in these isolated communities.”

Because of this and other challenges, many residents were choosing to leave Puerto Rico.

“Part of Loyola and Quinlan’s mission is to actively serve and care for others,” says Kmet. “It’s absolutely impossible to turn away from that kind of need."

Students found the class to be a powerful experience. For student Taylor Sticha, the trip was nearly indescribable.

“I haven’t been able to give a concise summary of what’s been happening, because I’m feeling so much at once. The project goes beyond any quick explanation,” wrote Sticha in a class reflection. "The beauty of Puerto Rico cannot be described. The people we’ve met aren’t neatly summarized. It is the whole experience together that has meant so much to me."

Student Scarlett Winters was inspired by the ability of a small group of people to make a difference.

“I'm filled with a new spark of life,” wrote Winters. “Judging solely on the impact I made on my group during this trip, I know I have the power to help inform change.”

Throughout the course, Kmet was continually impressed by how hard her students worked. She has high hopes for the impact of the project. Several of her students plan to continue to work on the resource database. They have already submitted an initial data request to FEMA and are identifying internal and external resources to help develop a prototype database.

“For the last ten months, the mantra ‘Is this going to work?’ ran through my head,” wrote Kmet in her own class reflection. “After we presented our findings to our partner organization, our mantra changed to, ‘This will work.’ I no longer fear failure, because everyone has helped pave a path, which we will pursue with humility and faith. We are going to get this done.”

View photos from the class in the gallery below or on Quinlan's Flickr page. 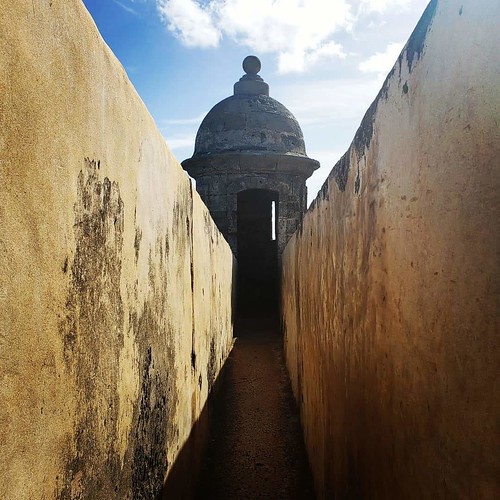