Students during the Quinlan Ramble to Boston over spring break.

The Quinlan Ramble gives students the opportunity to connect with alumni in different cities as well as learn first-hand about businesses in various parts of the United States. Past Rambles included trips to New York, Austin, Dallas, San Francisco, and Seattle.

While in Boston, student visited the following companies:

Along with visiting companies, students visited Boston landmarks including the Massachusetts State House, the Museum of Science, and many local restaurants.

In a reflection on the Quinlan Ramble blog, student Alyssa Cuffie wrote, "I’ve realized that I’m here for much more than just visiting companies. Being on this trip has also allowed me to build community with people who were formerly just passing faces in the Schreiber Center."

Fellow student Grace Sperr added, “As I tell my family and friends about the week, describing the city, the companies, and the great people I met, I keep repeating the phrase ‘It was better than I could have ever imagined.’”

View photos from the Quinlan Ramble in the gallery below or on Quinlan's Flickr page. 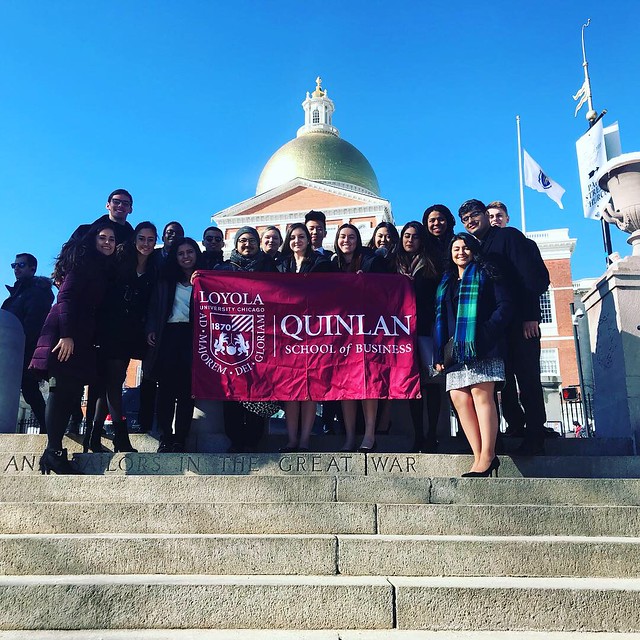