For many Quinlan graduate students, academic breaks are an opportunity to study abroad. One class took some time to share their collective reflections about their time spent in Southeast Asia.

For many, the main draw of the trip was the promise of cultural immersion in some of the most compelling emerging markets in the world. This is in line with Loyola’s values of immersion, engagement, discernment, reflection, and transformation.

“Dr. Shultz has been perfecting these objectives and facilitating student-learning on iterations of this trip since 1994,” student Ben Smith said. “This year, we enjoyed many learning experiences, capturing the minds, hearts, and senses of each student along the way.”

View the photos in the gallery below or on Quinlan’s Flickr page. 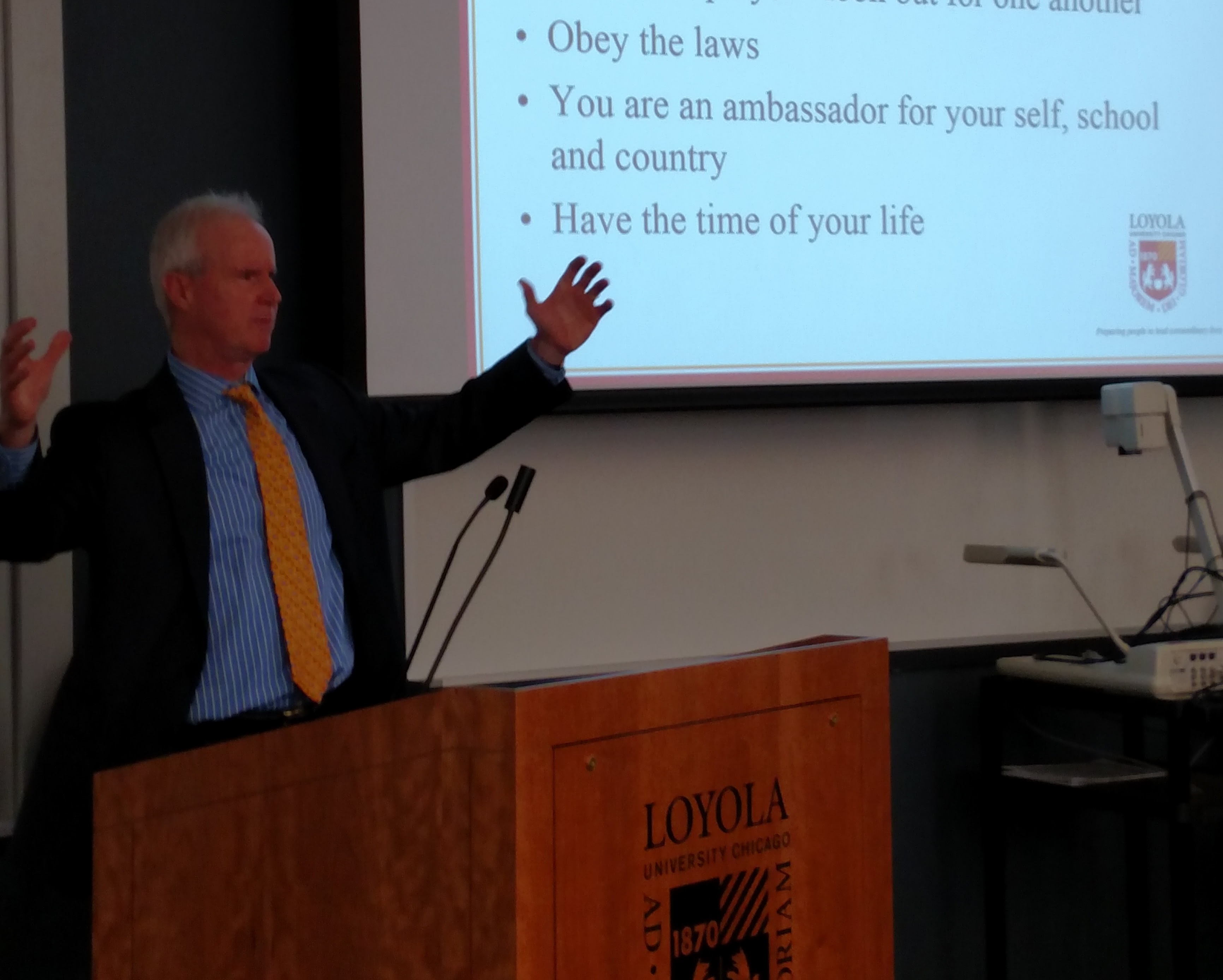 This signature line was Shultz’s own “marketing plug” for students on the fence about studying abroad. Further, the testimony from former classmates and advisors alike supported his suggestion. But beyond referral, students cited a number of reasons for studying abroad:

Each student was challenged to maintain a journal while on the trip to document epiphanies and reflections, which were shared in one final class meeting. A few highlights include:

“The Vietnam War was personified for me on this trip through various perspectives. I gained a whole new level of respect for those involved and impacted by this war.”

“People are people. One expatriate shared this point as a seasoned business veteran of over 100 countries and resident of over 14 countries. We all respond well to honest work. Most of the time people desire improvement, the issue lies in training.”

“Western influence and connectivity was quite evident. Even in socialist countries, the capitalistic focus and passion for entrepreneurialism was eye-opening.”

“As a supply chain student, I was amazed at the varying degrees of infrastructure and foreign investments to support public and private business growth. We too easily take for granted our accessibility to goods and resources here in the U.S. Also, global warming and water power plant development have a major impact on the fishing industry and general transportation, which I never really appreciated.”

After traveling halfway across the globe, students agreed the Loyola network is strong—and international.

And to prospective students, they suggested focusing on the overall benefit of studying abroad. Instead of thinking about the costs or time spent away from home, think instead, “When will I have the opportunity to do this again?”