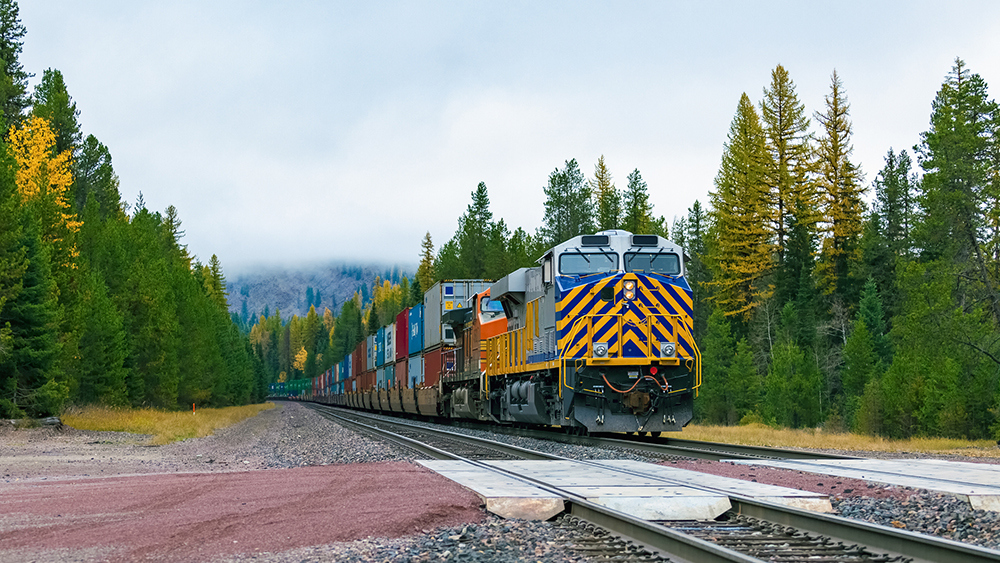 “This project was a great collaborative effort and a great success for both the students and GET,” says Professor Nenad Jukić, PhD. (Image: Getty Images)

After analyzing 14 million rows of data, Quinlan undergraduate students made two important discoveries for GE Transportation (GET) – discoveries that will help the company return its train engines back to service in significantly less time.

The breakthroughs came as part of a data visualizations and analytics project testing GET’s locomotives. GET is the largest manufacturer of locomotives for both passenger and freight trains in North America.

In recent years, several Quinlan students have been selected to participate in GE’s internship programs. GET turned to Quinlan students for this project as well, given GET’s positive experiences, says Ben Doud, a recent graduate of the Digital Technology Leadership Program at GET.

“What transpired was an exceptional effort from the students and professors to deliver visualizations and insights that gave our manufacturing teams the ability to run more effectively, efficiently, and of course, more brilliantly,” says Doud.

Beginning in January 2017, the students analyzed GET data to determine early indicators of success and failure within the engine testing data, as well as to identify how to shorten the testing process. Integral to the project was the students’ work to transform sensor data timestamps into an adjusted timeline that allowed them to compare engines based on the elapsed time of the test.

Students had weekly conference calls with GET engineers, project managers, and other related personnel to present new findings and determine where to focus their inquiry. The project concluded in April 2017, with student presentations broadcast to GE offices across the nation.

Positive experiences on both sides

Members of the GET team were impressed by the students’ drive and engagement.

“The students came with a hunger to learn and an eagerness to ask questions that resulted in a stronger, more informative product for the business,” says Doud.

According to the students, the opportunity to work with a major corporation like GE was both a resume builder and a great learning experience.

“I gained real-world experience consulting a company on their data,” says Faith Hemingway, a senior Information Systems and Marketing major who participated in the project. “It was very challenging, but I feel that it is indicative of what you would experience in your career.”

Students offered two insights that could help GET optimize the testing process for their locomotives.

“The first result, which is something GET was unable to do before, is that we were able to visually represent the percentage of sensors within their parameters at any given time throughout the testing process,” says Hemingway. “This allows GET to monitor the engines and individual sensors for failure in real time.”

The second result the students found will help shorten the testing process. In order to do this, the students aggregated the averaged values of each individual sensor to create a moving average calculation over the timeline. They then did analysis to determine the earliest time results could be taken, which they discovered is on average 33 minutes earlier than GET originally took it, thus saving GET 501 hours a year and increasing their capacity by 15%.

Currently, GET is able to analyze approximately 912 engines a year, meaning that an increase of 15% would result in them servicing an additional 132 engines a year.

“This project was a great collaborative effort and a great success for both the students and GET,” says Jukić.

After the GET project ended, the student team submitted its work to the highly competitive Teradata University Network Analytics Challenge and was selected as one of ten finalists chosen to present.

The students emerged from the competition victorious: the team was selected as "The People's Choice Award for Best Presentation," voted on by all participants at the conference.

Watch the student team explain their project and outline their career goals below or on Vimeo.

More about the victory at the Teradata Partners Conference →