Last weekend, September 7th-9th, 220 fall 2018 students, along with staff and members of the JFRC administration, embarked on a weekend trip to various cities in Umbria, a region in Italy known as the country’s “Green Heart”.

The weekend started off with a bang at 5:30am as beloved SLAs ran through the JFRC halls blasting their rendition of “We Will Rock You,” featuring the clanging of pots and pans and thumps of fists on doors. Right from the start it was known that this would be an action-packed weekend!

The first stop on our Umbria adventure was the town of Narni. Unfortunately, students did not find a lion, a witch, or a wardrobe, however, this charming ancient hilltown proved to be both alluring and full of a secret history. Students toured Narni Sotterranea, an underground chapel and prison discovered in 1979 as six boys were playing by the cave. 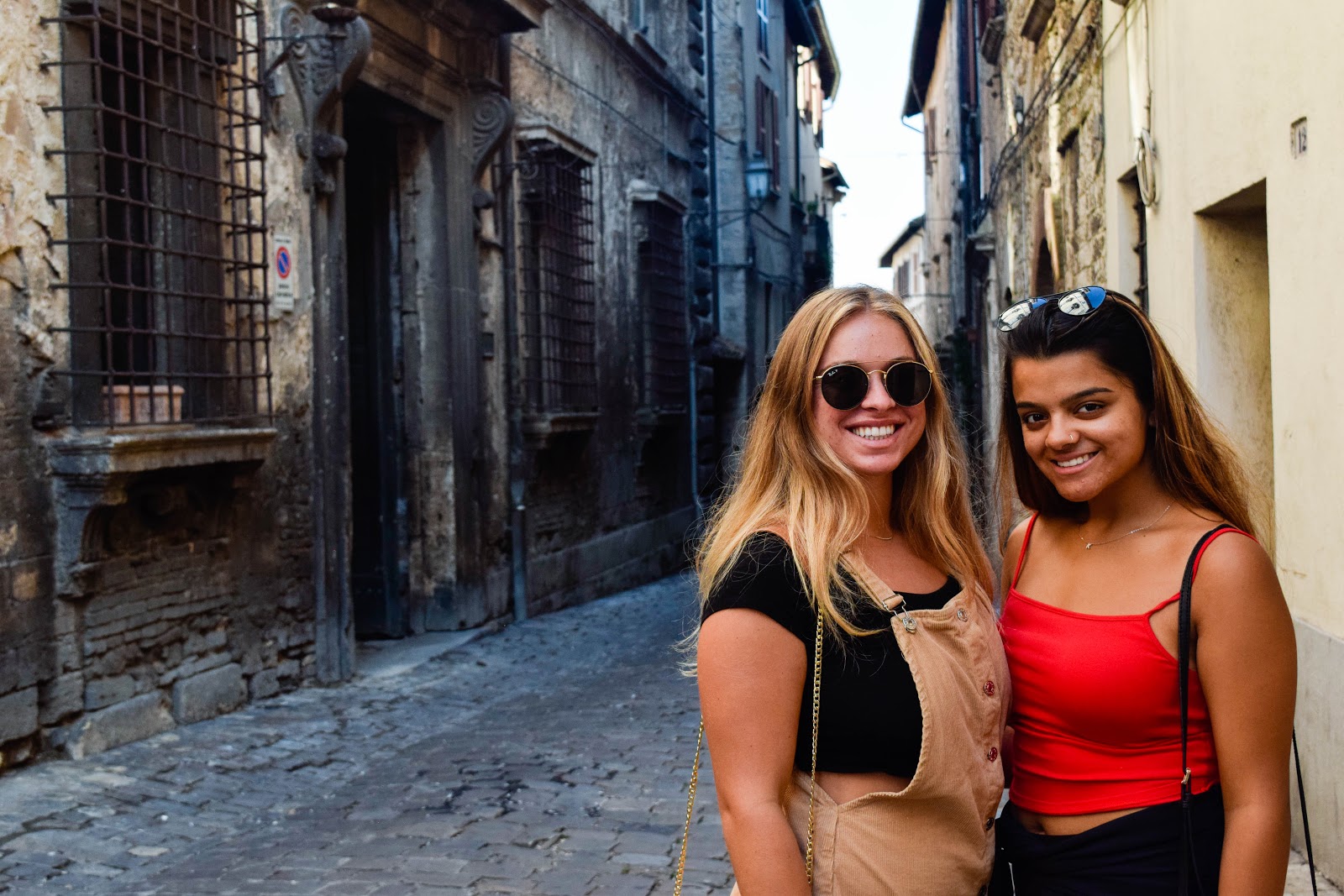 Following a traditional Italian lunch and a quick sprint through the rain to the busses, students arrived at the Albornoz Hotel in Spoleto. There ensued a memorable and reflective community gathering where students came together with their SLAs and administration shared special JFRC traditions.

Bright and early Saturday morning, students set off for a tour of Spoleto, where they marveled in unique ancient frescoes and busy piazzas. 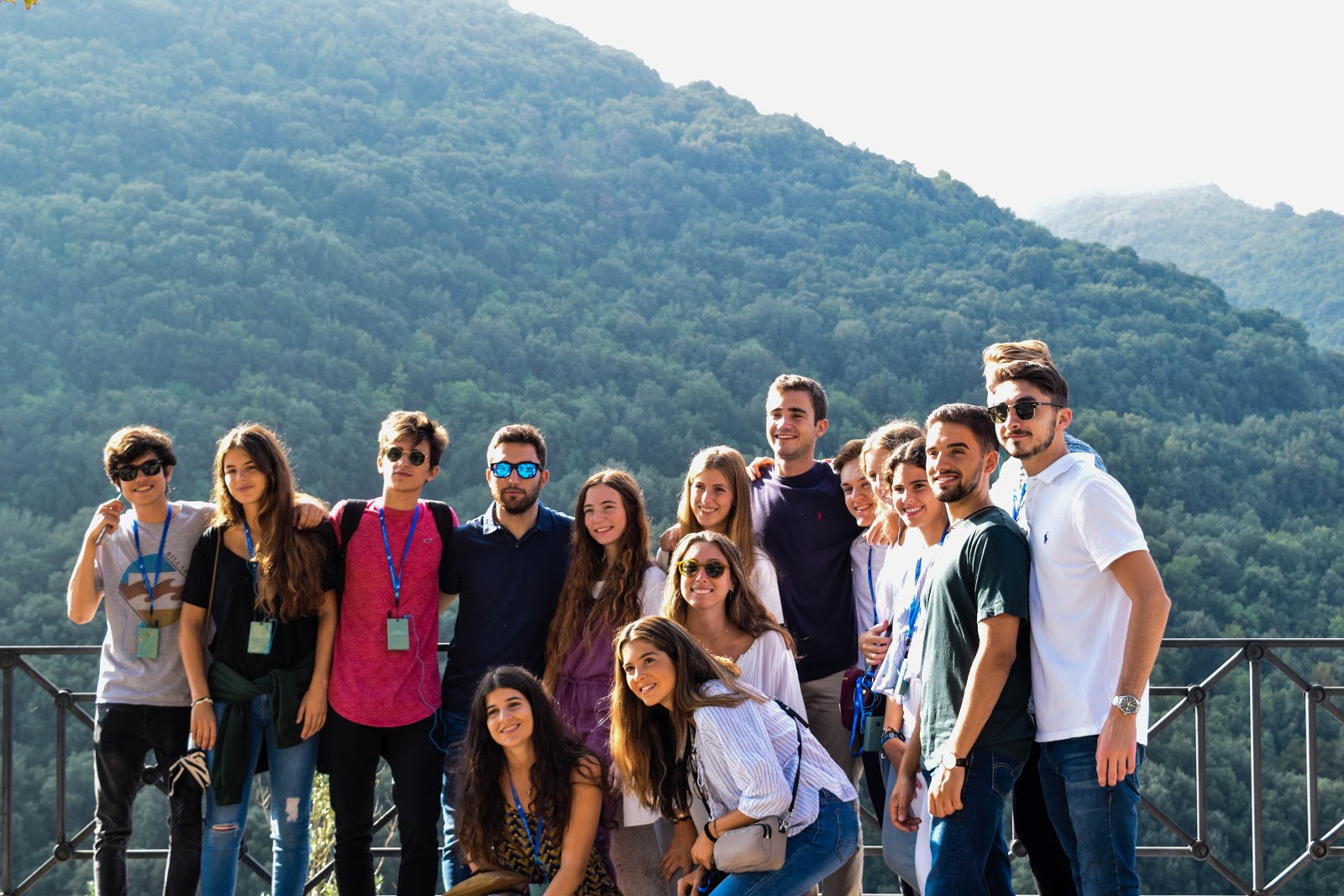 The next stop on the Umbria adventure took JFRCer’s to the (much anticipated) Le Cimate Vineyard. Brothers and owners, Marco and Paolo Bartoloni showed students the beautiful land where they harvest their grapes and walked them through the process of turning them into wine! A delicious lunch was served on the grassy hillside and wine was tasted by all. 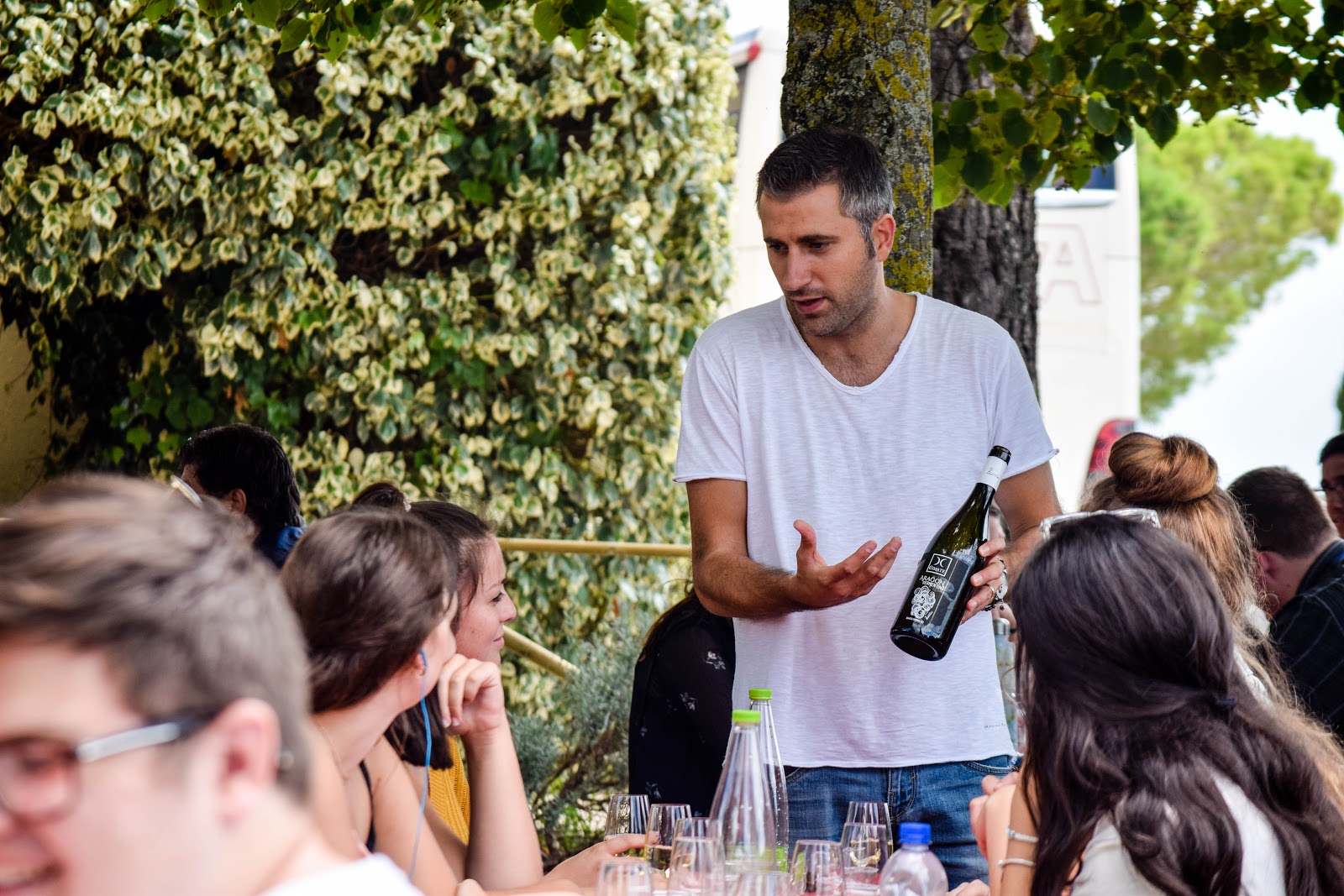 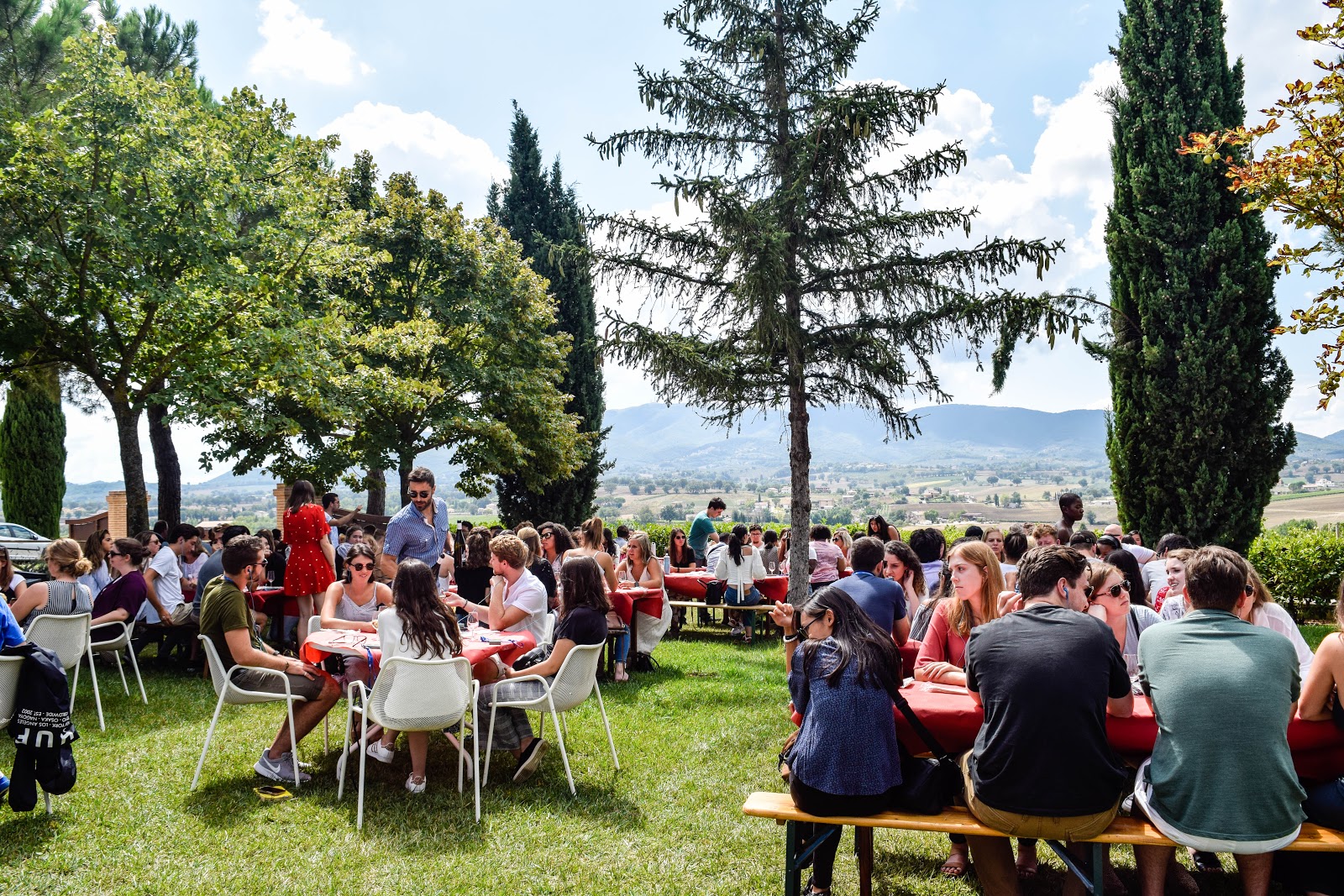 Students then departed for Foligno where they had the opportunity to explore the city (and grab some much needed espresso and gelato) on their own. The town was in the midst of celebrating La Quintana, a medieval jousting tournament which was revived in the 1940s. Today, it involves each "rione," or district, of Foligno to show their neighborhood pride with colorful flags and specially-trained drum corps. Mass was celebrated at Chiesa di Sant’ Agostino, which was built in the 13th century.

On the final day of the Umbrian adventure, students arrived at Tuoro Sul Trasimeno to find men shouting commands and wielding spears. This was the site where the Romans battled the Carthaginians and students were taught about the types of weapons and armor used on the very site of the great battle. Students even got to battle each other in full Roman and Carthaginian gear while shouting “FOR THE EMPIRE!”. 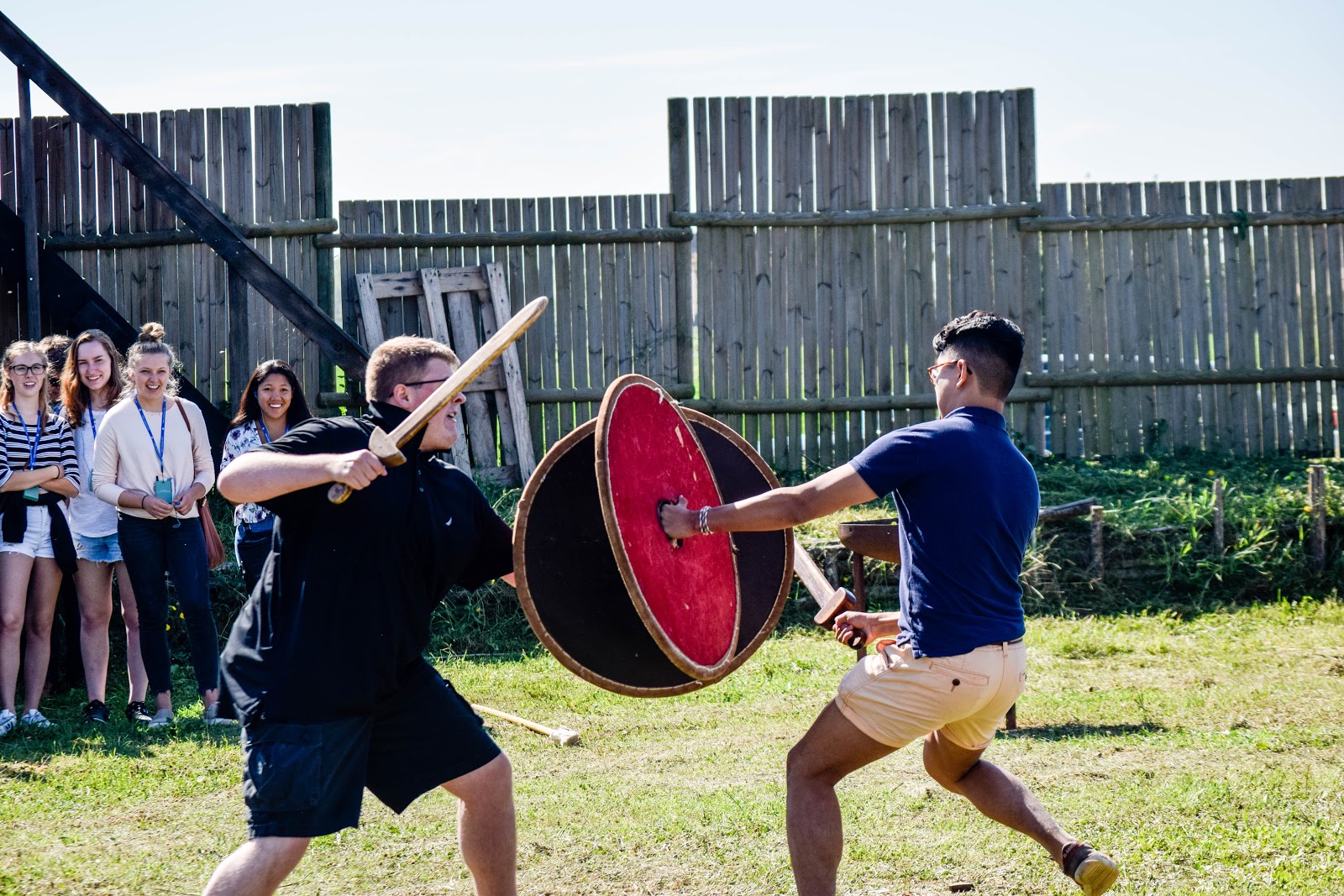 Lunch took place on the gorgeous Castiglion del Lago where a full roast pig was on display. The last stop took students to Citta della Pieve where locals were gearing up for a local festival. Students navigated the narrowest street in all of Italy before boarding the bus to home sweet home, JFRC. 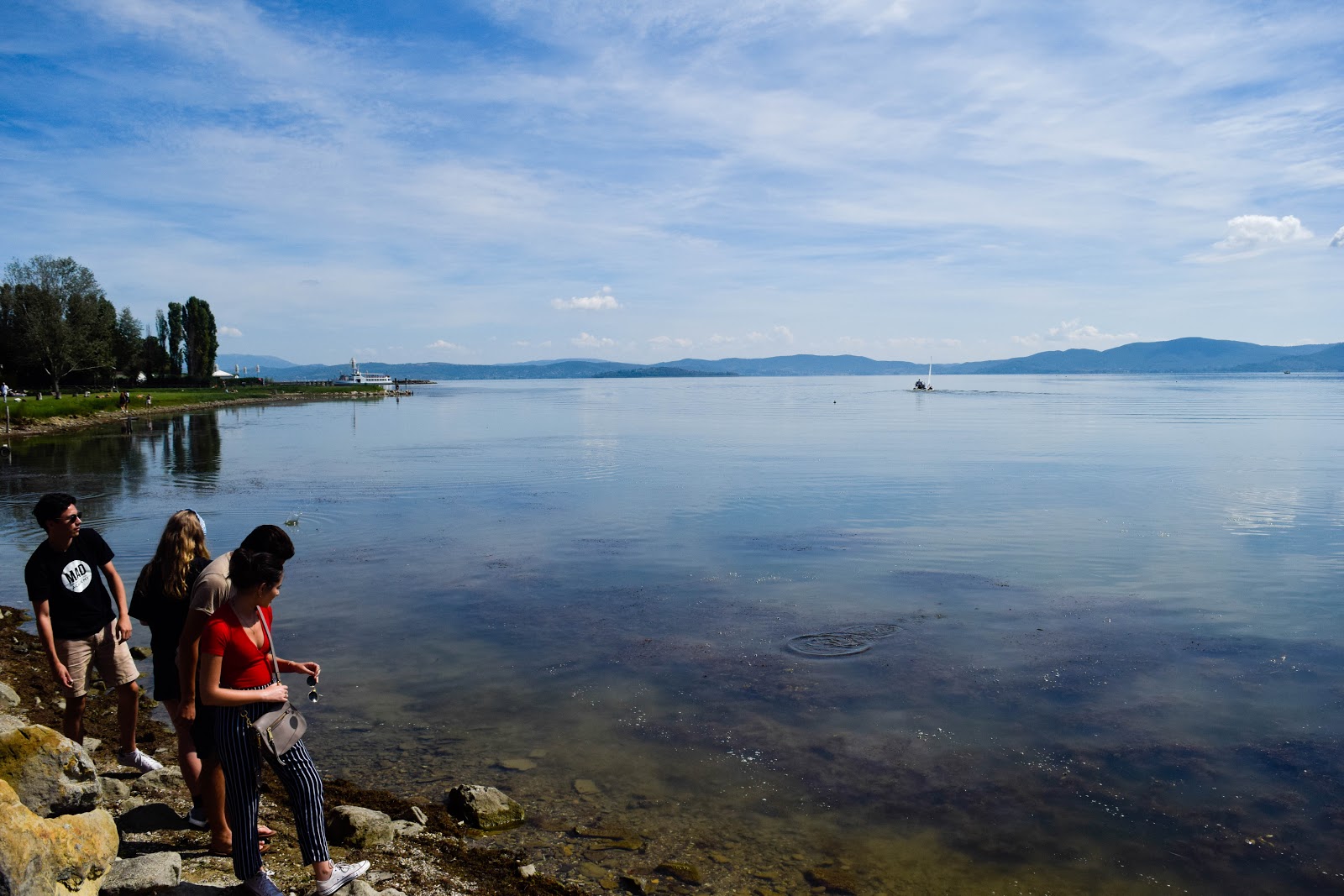 This weekend was the perfect culmination to end orientation and students are now ready to go out and explore the world!

See how you can make Rome a reality.