A Lens Towards Social Justice

As a part of the JFRC’s Fall 2021 orientation, award-winning photojournalist Francesco Bellina delivered the keynote address of the Human Rights Night to a full audience on Sunday, September 19th, 2021. Bellina’s work primarily exposes the world of human sex-trafficking and the exploitation of migrants by the mafia. 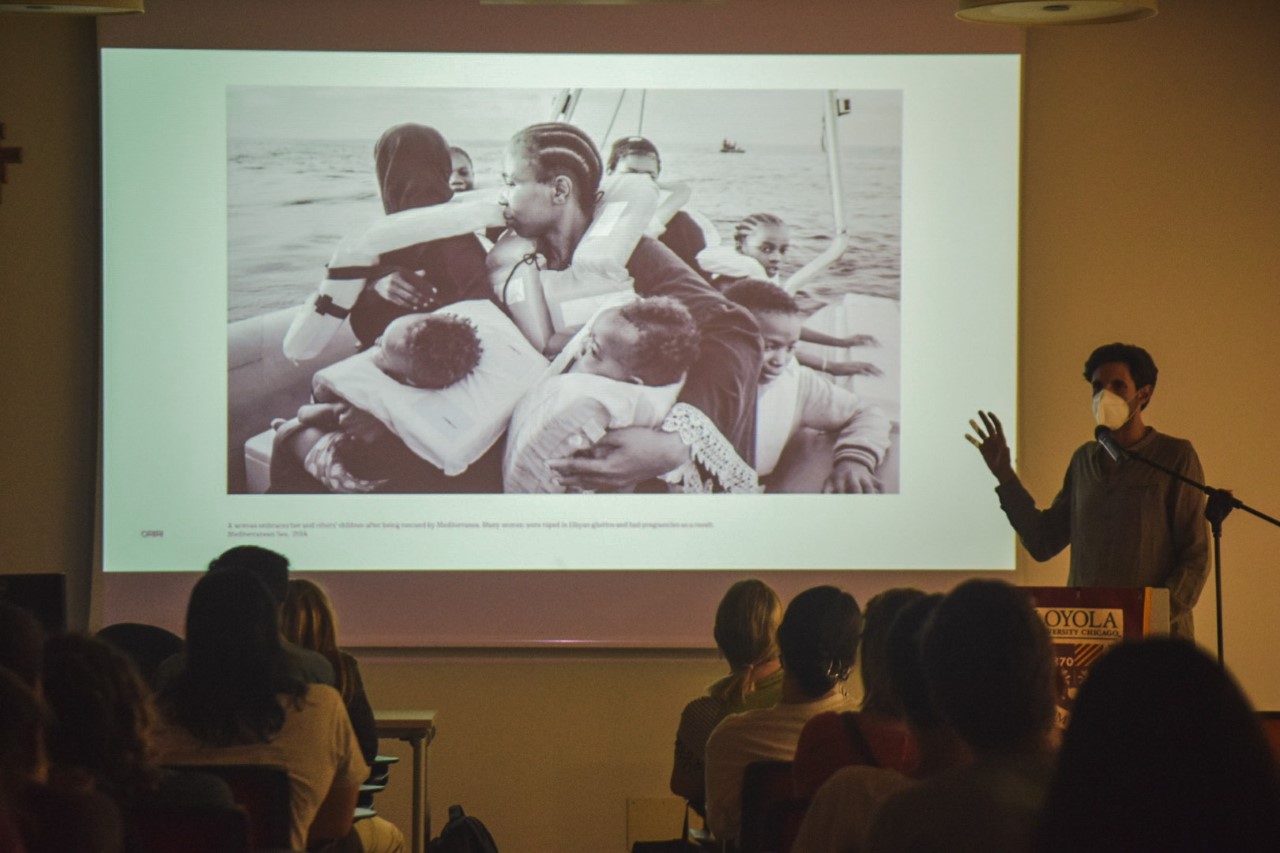 Shared throughout two presentations, to accommodate social distancing, students, faculty and staff listened intently as Bellina shared powerful images and stories from his latest photography project,“Oriri,” which is currently being hosted by Palazzo Sant’Elia, in Palermo until October 23, 2021. Oriri means “spirits” or “nightmares” in Bini, also called Edo, which is a language spoken in Nigeria. “Oriri,” following the journey of thousands of women, takes a look at the intersection of sex-trafficking and voo doo rituals, in Benin, Niger, Ghana, Nigeria and Sicily. Bellina also included some images from migrant rescue operations in the Mediterranean Sea.

Francesco Bellina is a documentary photographer based in Palermo Sicily. His images have appeared in the international media, including The Guardian, Al Jazeera, The Washington Post and Le Monde. He often works with NGOs and is acontributor to UNHCR, WHO, and others.