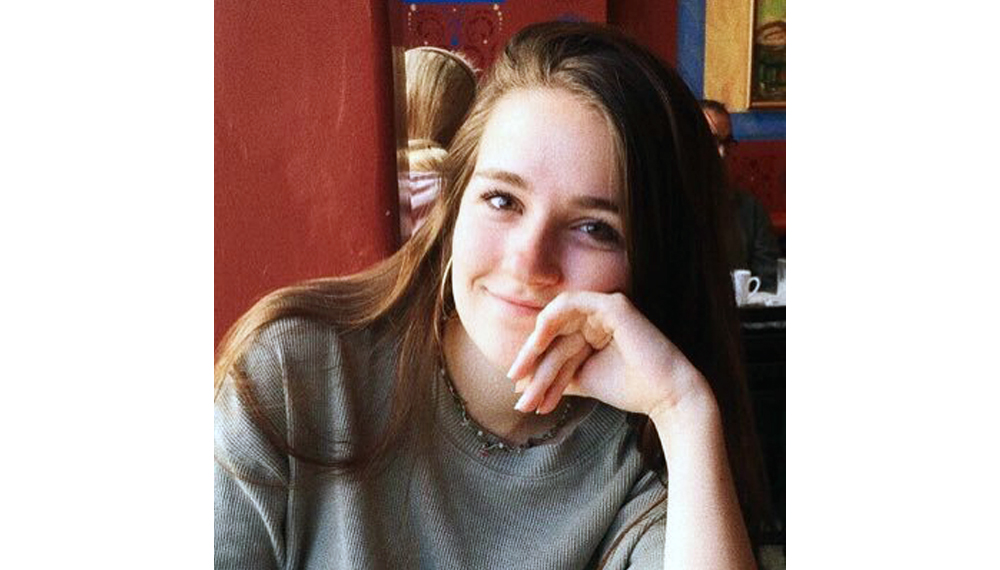 For almost a decade, Rambler Sports Locker has been covering Loyola sports teams through a weekly television show.
This year is different. Loyola sports teams aren’t playing this fall. And the School of Communication studio, where Rambler Sports Locker is shot, has been shuttered.
But the intrepid student reporters at RSL are undaunted, continuing to produce a show, albeit from remote locations, such as their apartments, family homes, and the outside of sports stadiums.
We caught up with Amelia Ickes, co-president of Rambler Sports Locker to discuss how she continues to produce a show during these challenging times.

The biggest challenge is that we only cover Loyola sports. As of right now, all the fall sports have been delayed until the spring semester. What kind of content do we want to produce while we’re waiting for Loyola sports? A lot of people are interested in professional sports, like baseball or hockey, which we don’t have at Loyola. But that gives people a chance to create content they’re really interested in.
People can really make what they want, because we just want to get content out there that people are interested in. We have a member, Abbey Sileo, that really loves the Blackhawks, and she got to show off her room and all of her Blackhawks memorabilia.

How are things different, production-wise?

We’re used to having Teleprompters, lavalier microphones, cameras. But we still use Premier Pro for our editing, which is given to us by the School of Communication. We share a folder through Microsoft Office where we keep all of our graphics, so we have consistent graphics all the time.
Some people have their own camera, but some are just using their phones. We didn’t want a lack of access to technology to keep anyone from creating a story. One member had to record on her phone, and the audio wasn’t clear, so we got around it by just adding closed captions, so people could still understand it.

Has there been anything positive about running RSL this year, with all of these changes?

I think that having the opportunity to cover things outside of Loyola sports is exciting. You can tell when a person is passionate about what they’re talking about, it makes it better.
Normally, we are the studio on Thursdays, we record in the studio, and we release a new episode on Fridays. But the amount of engagement we get on those videos is pretty low. It’s great if you’re a Loyola student, and especially if you’re an SOC student, but it’s not super interesting to everyone else. We get more engagement when we do things like Arch Madness, when we go outside of just Loyola.
We covered the NBA finals in Chicago, and that did really well, because more people were interested in that than they might be about Loyola sports specifically. Rambler Sports Locker has been around for almost ten years, and now we have a chance to do things in a new way.

How do you see this pandemic affecting sports journalism in general?

Everything that’s happening with the pandemic now, will affect how news organizations will function from here on into the future. Interviews are over Zoom now. It’s good that we have to challenge ourselves by learning new ways of making content because when we enter the changing workforce, we’re going to be prepared. I wouldn’t be surprised if remote internships are more normal than in-person internships in the future. Obviously we hope to be back in the studio soon, but I’m not sure when that will be.
I always knew that I wanted to do broadcasting, ever since I was little. The studio was a big part of the decision to come to Loyola for me. It’s important for a lot of the SOC’s curriculum. It will be exciting when we’re all back in it.

What challenges have you faced running RSL this year?

It’s been really hard to get people to join RSL. We haven’t been able to show people the studio, which is a big draw. It’s hard to get people interested. The people who are really invested come every week and make content every week. It’s strengthened our relationship with those members, because they are so reliable. I wish that new people would join because now there’s so many opportunities to cover so many different kinds of things.
Another challenge is that the SOC is pretty small, and there are very few people who are on the TV and broadcasting track. We have a small pool to draw members from to begin with. We want to appeal to people from all areas of Loyola. If you’re interested in journalism, or sports, or film, you should join. There are so many ways that you could get involved. You don’t have to be an SOC student to be in it.

What are some of the new things you’ve been trying, in order to get new members?

We’re doing more work on social media right now, it’s huge right now. People are hungry for more content. We’re hoping to do a lot more stuff with social media. People in Ad/PR, the school of business, there are lots of opportunities for marketing with RSL, too. We want people to do RSL. When I was 18 years old, I was sitting press row at Arch Madness. That’s an opportunity you can’t get anywhere else. It made me super passionate about RSL.

What are some of your hopes for RSL for next semester?

For spring, in a perfect world, we would have our fixed studio and everything working again. I think the SOC has done a great job of taking care of our student organizations. Professor Brown has been great, and Eleni Prillaman and Jim Collins have helped us a lot. One thing that would be amazing is if we could all have cameras and microphones. I feel like the level of communication that we’ve gotten from the SOC has been good. In a perfect world, we would have in-person classes and using our old equipment, but I know that’s not going to happen very soon.
Next semester, we’ll have our winter sports and our fall sports at the same time. We’ll have soccer, basketball, volleyball happening all at the same time. It will be a ton of content all at once, but I think it will be fun.