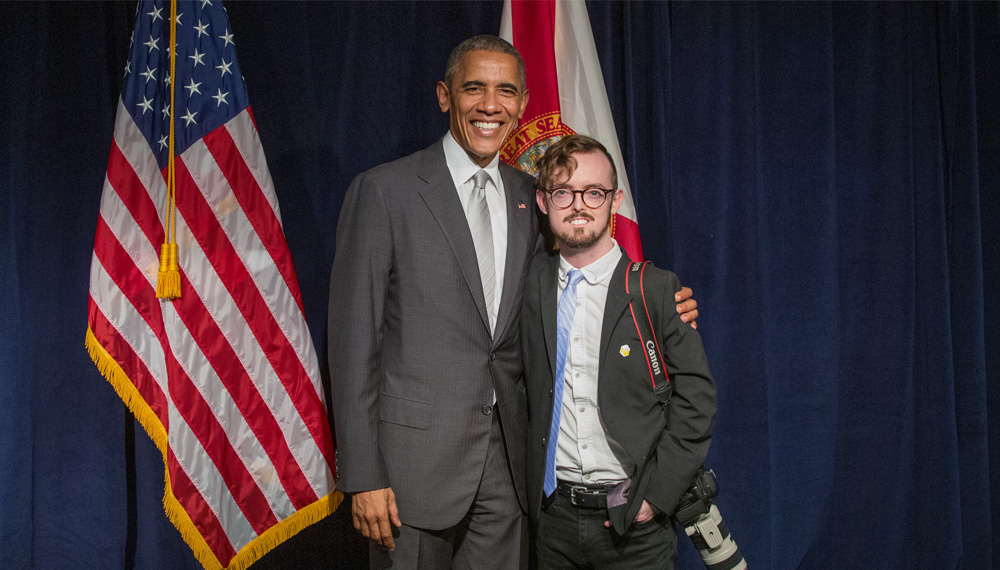 Chandler West arrived at Loyola as a biology major. He soon fell in love with photography while working at the Phoenix student newspaper. He switched majors to journalism and photography and graduated in 2012. Today, West is the Deputy Director of Photography at the White House, where he has had a front-row seat for the First 100 Days of the Biden Administration. West recently discussed his experiences with Genevieve Buthod. His comments have been edited for length and clarity 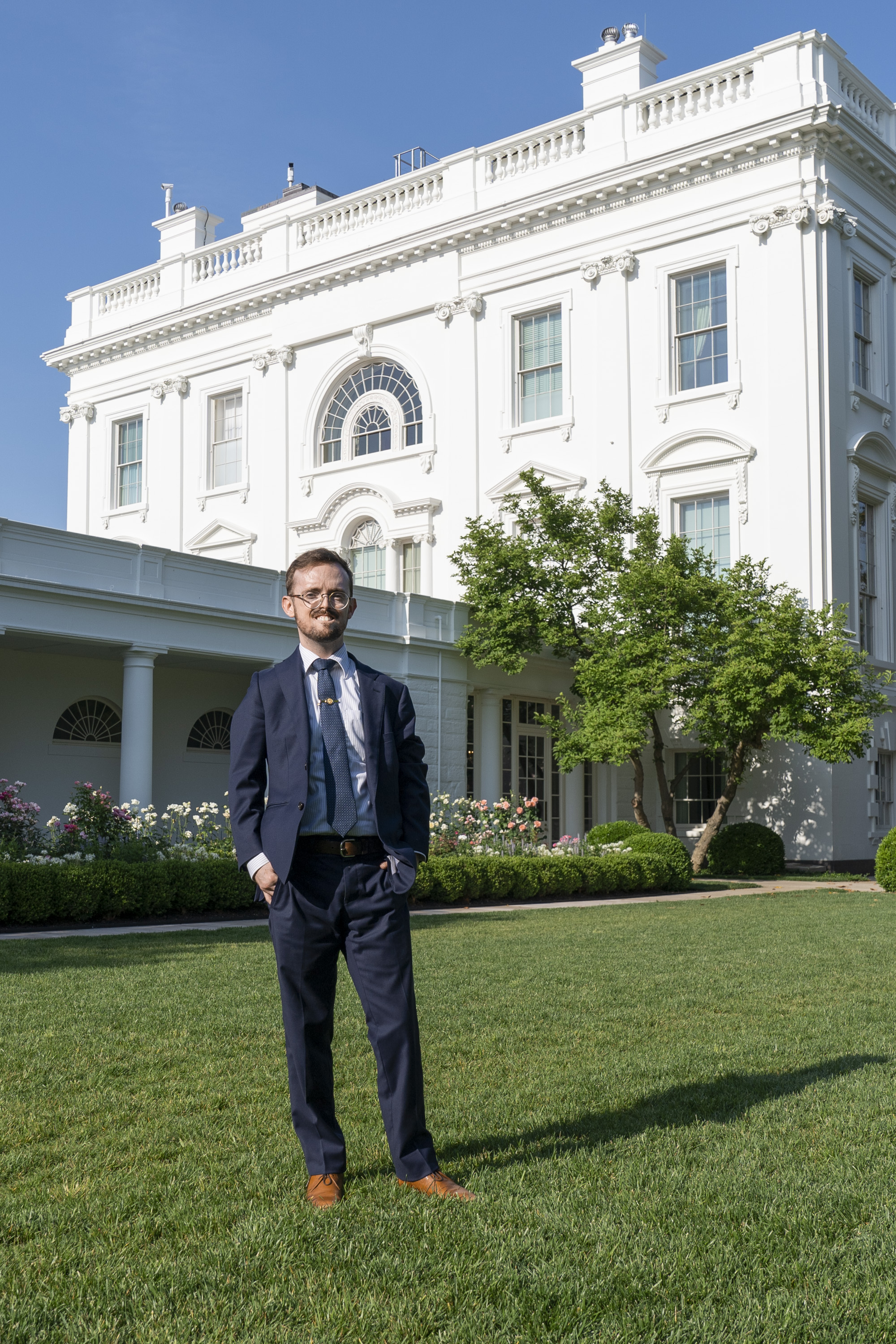 How did your work on the Phoenix help you advance to where you are in your career today?

I became photo editor my sophomore year, and realized I loved being in the newsroom and wanted to do that. I mostly did photography, and my degree was in journalism. I was more interested in journalistic storytelling, and I had really great journalism teachers, particularly Professor Patty Lamberti. She had one of the editors of Time Out Chicago magazine speak in class, and I followed up with that person afterwards, and worked my way into my first internship from that experience. That set me on my path in a pretty serious way. I was super appreciative of the things I learned there.

You’ve been working in Washington for a while now. Did you always know that that is where you wanted to work after graduating?

I was always a pretty politically interested person, I grew up as Obama became president. I was in Grant Park for his acceptance speech there. My family is very politically tuned in. Later, junior or senior year, I started working at the Chicago Sun-Times a lot, which came from connections I had through the school, which was great. I didn’t really plan to go into politics directly, in fact when I made that transition I didn’t even realize it until six months into it.

You worked in D.C. as an independent digital consultant for 2020 presidential candidates Elizabeth Warren and Cory Booker. Tell me about that experience.

Once I made the transition into political work, during the 2016 cycle, I was working for the Hillary Clinton campaign. I did some photo shooting and editing for that campaign. Sometimes I would go on the campaign trail with candidates. I do a lot of livestream projects, too. I help campaigns build up their digital operation. I started as a photographer, but now I go in and think about the process, the tools that they’ll need to support photographers. You need a digital asset manager, you need to be able to find images when you need them. You need that structure and organization. That’s a skill set that I’ve developed over the years that’s actually maybe as or more important than my photography skills.

What are your duties at the White House?

The head of our office is Adam Schultz, the Chief photographer/director of our department. Because he’s got that split job of spending every day with the president and running a department of 15 people, my role as his deputy is to keep an eye on all of those other things. That way he can focus on getting the best shot he can of the president in the moment.

I spend some days taking pictures, but I’ve been focusing more on those operational kinds of things. I hire people, build the archive. I’ve gotten to do a number of things with the president, first lady, and vice president. My first day, 11 a.m. on Inauguration Day, I showed up at the White House, coordinating with the Trump photographers, who were extremely gracious and good to work with. I got to be in the Oval Office as they were doing the “flip,” changing out the furniture, taking apart the Resolute Desk and putting it back together. You hear about this transition of power, and it’s easy to think of it as abstract, but seeing it as an accumulation of people doing different things, it makes it seem like not an immovable force. It’s just people working together to make things happen. 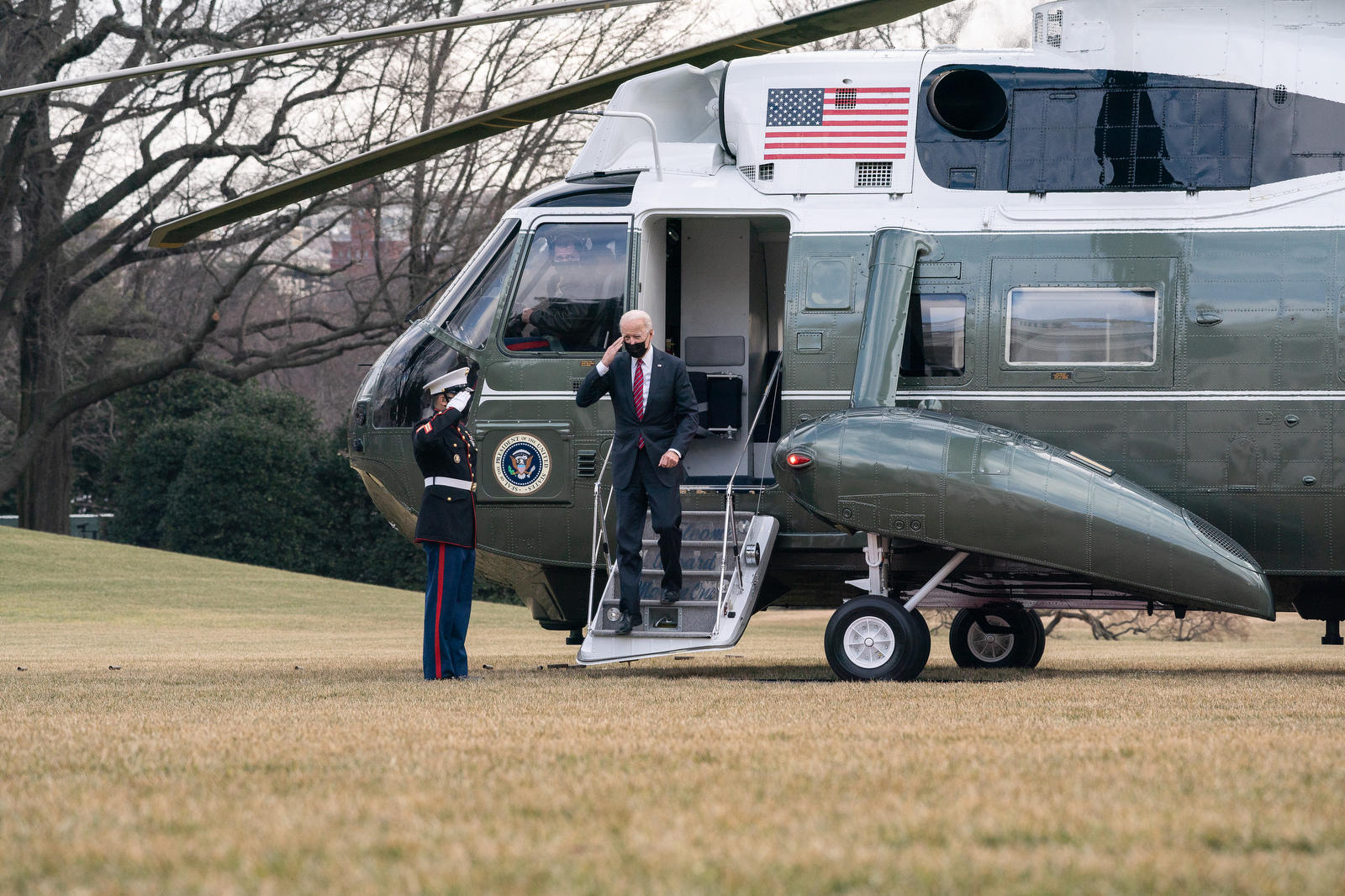 What are some challenges that people may not realize you face in your job?

I came into it thinking I would be fairly well prepared. I had worked for a lot of campaigns, worked for a lot of different teams and structures. I learned the photo office is so much more complex than I had realized. The White House has these “jumbos,” 20x30 inch prints hung up all over the place, in the West Wing or even just outside the Oval Office. We have a print shop and a print master whose whole job is to make these beautiful large-scale prints. As they were flipping, and moving the furniture out on Inauguration Day, we had to shoot, edit, send to the printer, and hang these images on the walls of the West Wing all within 12 hours. That was something I didn’t realize was a thing. And those are rotated every few weeks. Another thing is, every time someone comes to the White House to get their picture taken with the president, those pictures have to get distributed, and we have to do all of that. We have 15 people, but only 4-5 photographers. The rest are editors, archivists, things like that. My role is to manage their day-to-day work.

Do you have any advice for current Loyola School of Communication students who hope to follow in your footsteps?

In general, in journalism, and in photography, you have to be super tenacious. It’s very challenging. Success is not a straight line, it’s a roller coaster. I look back now and think about all the jobs I was so sure I wanted and think about how glad I am that I actually didn’t get those job. Making the most of what you have and what opportunities and experiences you have available to you. There are other schools in Chicago that are better known for both photography and journalism. I did worry that I wasn’t on the path to be able to do those things. But it worked out by making the most of what I had, working as hard as I could at the opportunities I had.