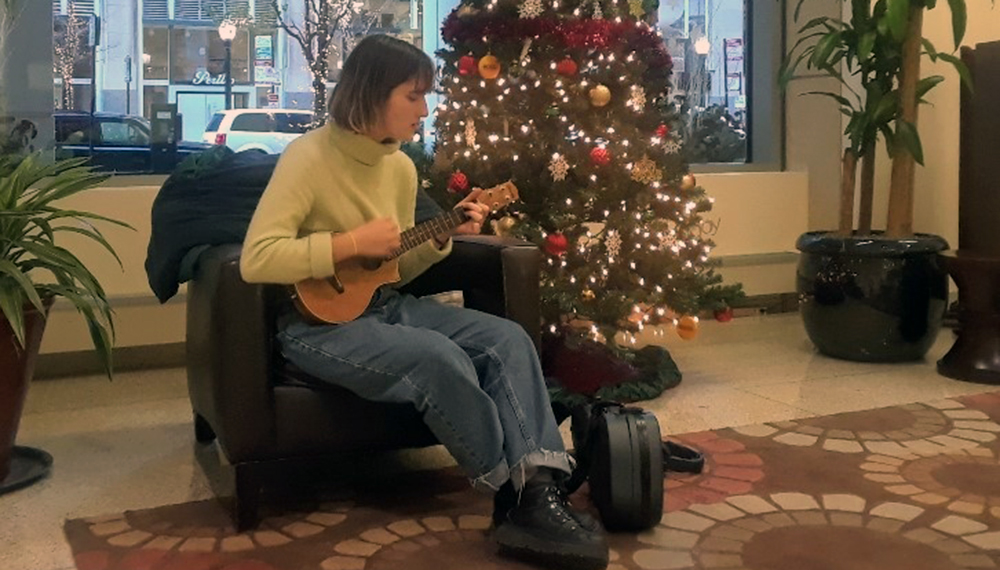 The School of Communication concluded its Tune In Tuesdays student music series this past month with two performances by student musicians. The November 16th show in the SOC Convergence Studio featured Will Motto, a junior Environmental Science major who transferred to Loyola after attending Joliet Junior College. Motto, who goes by the stage name Slow Heat, says his songs combine honest indie folk songwriting with elements of shoegaze, post-rock, and electronic music. At the show, he played a mix of original songs and covers by his musical influences, including Death Cab for Cutie, Slaughter Beach, and The Weakerthans.

Audience member Tatiana Pasewark, a junior Public Health major and Biology minor at Loyola, said her favorite song during the show was Motto’s original, “Unlit Windows,” because it included unique instrumental work at the end. Motto, who has been creating music since he was 15 years old, is mainly focused on recording right now. He is planning to release new music in January 2022, which can be found on his Instagram page, @slowheatmusic. 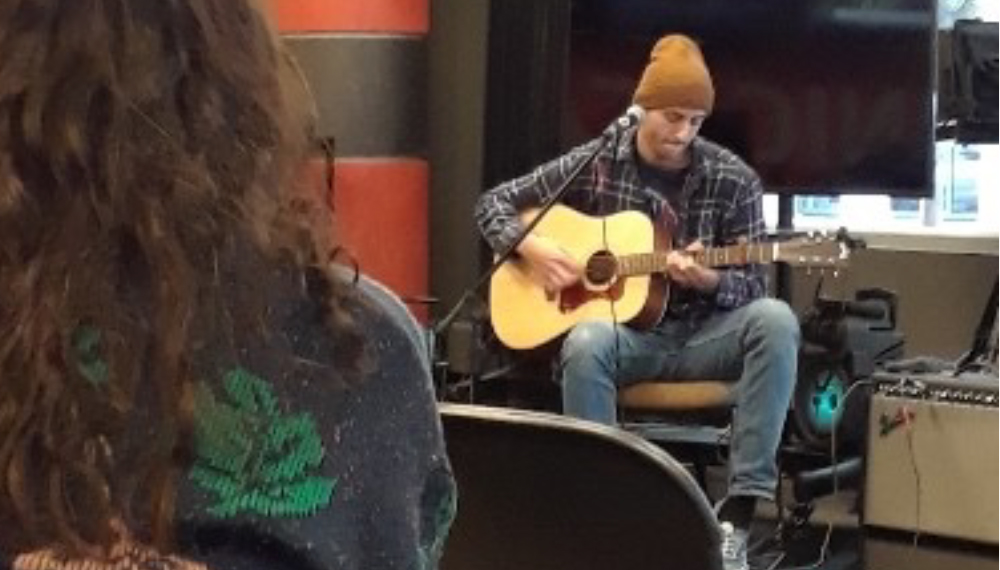 Loyola student Will Motto plays indie covers and originals on guitar at the Nov. 16th Tune In Tuesday concert at the School of Communication Convergence Studio.

The final performance of the year featured junior Environmental Policy major Elizabeth Swan. Swan is a talented indie/folk singer-songwriter from the mountains of upstate New York. She has performed all over the world through performances in Montreal QC, London UK, Prague CZ, and many major cities in the U.S. such as San Francisco, Denver, Burlington, and Chicago. Her dream Chicago venue to play is the Golden Dagger, particularly because she loves playing DIY house shows.

One unique venue she chose in October was the hot dog stand at Loyola Beach. Her show was very enthusiastically received by the vendor at the stand, as well as her audience of 50 people on the beach who came to see her show that day. Next summer, she plans to host a three-day music festival at her family’s summer camp in the Adirondacks Mountains in New York. Guests will sleep in the cabins on site, and all the music will be performed in the barns. All Loyolans are welcome to attend.

Her Tune In Tuesday performance in the SOC lobby focused entirely on her original songs, which she sang while accompanying herself on ukulele. A surprise guest stopped by to see the show, a Loyola alumna who graduated in 1968 with a Masters in Education. She gave her name as Carel T. and lives next door to the SOC in the Claire building. She enjoyed the show and requested Swan play the Harold Arlen classic, “Somewhere Over the Rainbow” at her next performance.

Swan is currently working on an EP with songs about loss, including that of her grandfather, and recently of a close friend she lost to suicide. Her new song, “Better Things to Do,” will be released by New Year’s Day, 2022. She plans to finish her yet-to-be-named new album by August 2022. You can find her music, as well as more info on next summer’s Adirondack Mountains music festival, on her band’s Instagram page, @bobkatmusic. 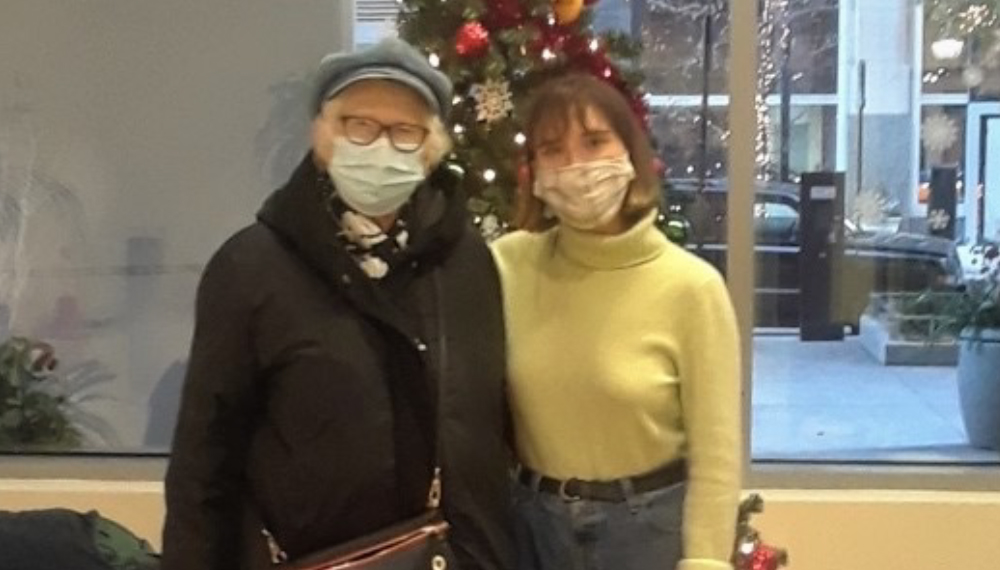