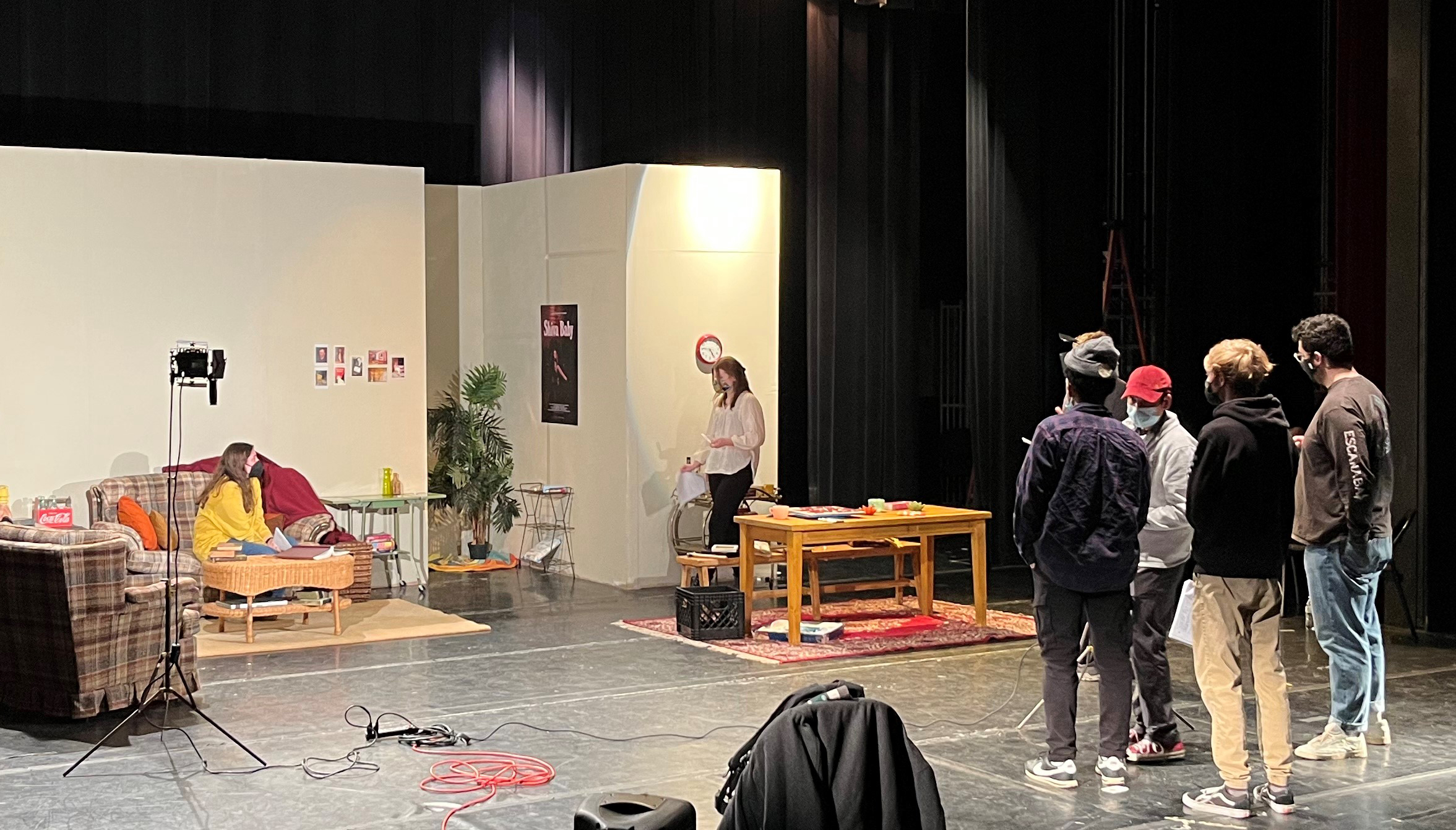 Dr. Elizabeth Coffman, Director of the Film and Digital Media (FDM) Program, has initiated a new collaboration between FDM and Loyola’s Department of Fine and Performing Arts (DFPA).

This will be the first collaboration of its kind and gives Loyola film students the chance to have a practicum or capstone experience common in other universities. The initiative brings together students from different backgrounds, including directing, acting, cinematography, and production design. The theatre program has experience with producing stage performances, but the university has not yet created this opportunity for producing film or television work.

The collaboration began with a screenplay contest in December 2021. The five winning scripts were chosen in January of this year by a jury of faculty and students, including theatre student Tim Kane, film and theatre student Carlin Decker, film student Carmella Whipple, Production Design Instructor Gail Sonnenfeld, FDM Professor Ayesha Abouelazm, and Theatre Program Director Lee Keenan. Each script is five to seven pages long, and is a complete, fictional film. Mark E. Lacoco, Chair of the Department of Fine and Performing Arts, assisted with the entire process.

“We’ve never had this much formal, extensive collaboration with the process of producing a film before,” Coffman said. “This involves at least 75 people from the very beginning to the very end. Some of my students in COMM 202 have written scripts that got chosen. Now they’re being produced on a stage with sets being built, and we haven’t done that before.”

The films are not only utilizing the skills of many students across departments, but also diverse spaces across and outside of the university. Two of the films are being produced in the Mullady Theatre on the first floor of the Centennial Forum, one is being filmed on location in an office on the 13th floor of Mundelein Hall. The remaining two films are being shot on location in Professor Coffman’s own home, a clear indication of her commitment to her students’ filmmaking goals.

Because Mullady Theatre is frequently used as a rehearsal space for various student groups, Instructor Sonnenfeld’s Production Design course students had to build the sets for the stage themselves. The course is cross-listed, meaning FDM and DFPA students came together to design the look of the film, the costumes, and the furniture. These students had to work creatively to make the set and costumes match the goals of the stories.

“Faculty and students worked together to hold two sets of auditions for the performers in each production, choosing [from a group of] Loyola student actors as well as professional Chicago actors,” Coffman said.

Students are handling the entire production process for each script. Students are writing, designing, directing, and building the sets for each film. The students in Instructor Ben Uribe’s Narrative Production and Directing Class and Professor Vince Singleton’s Digital Cinema Production class have also helped get this project off the ground.

The final screening, featuring all five films shown consecutively, is called “Mise-en-Scène.” It will be held on Saturday, April 30, from 4 to 6 p.m. in the Damen Student Center Cinema at the Lake Shore Campus. All are welcome to attend.