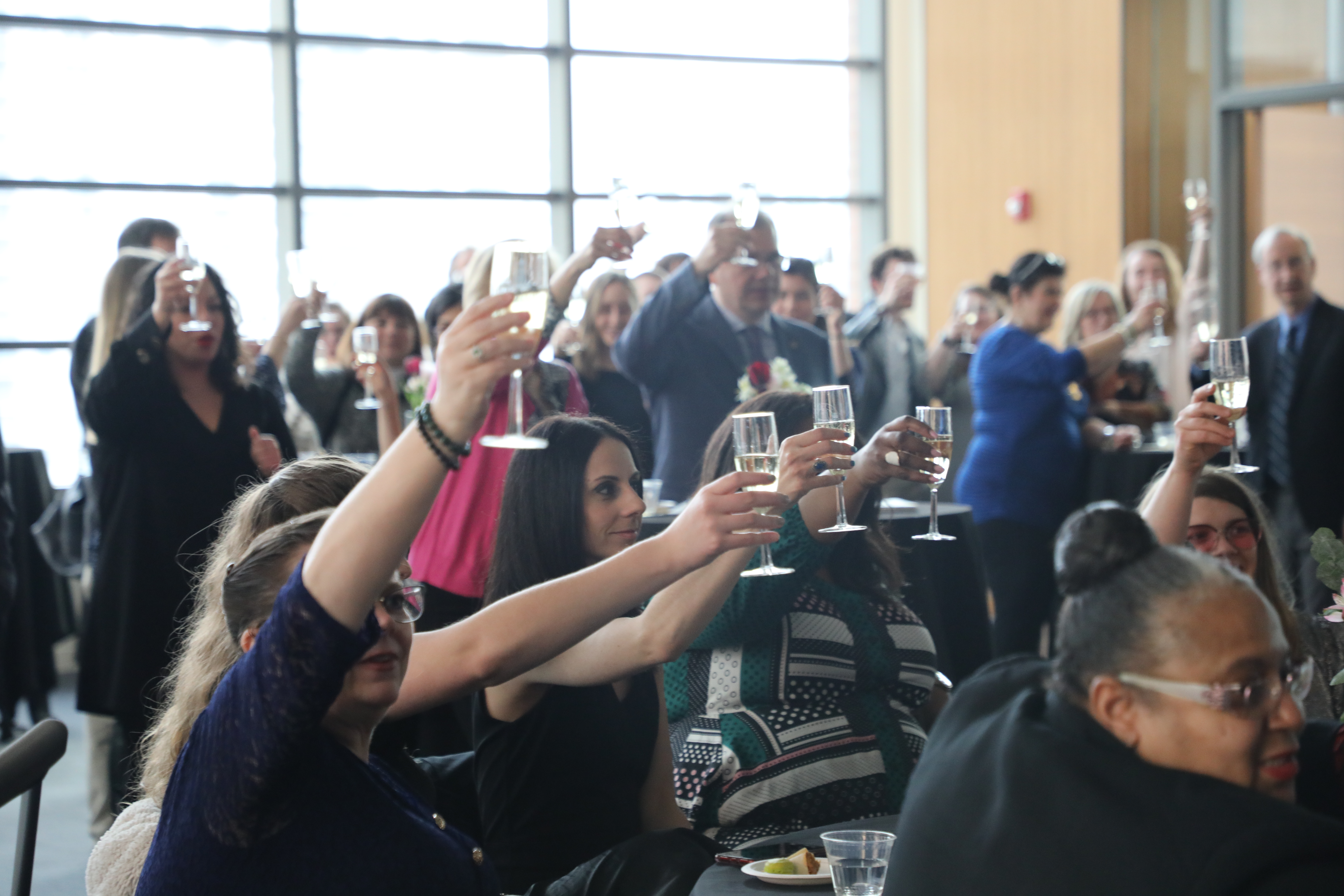 More than 100 students, alumni, faculty and staff toasted to the 10th anniversary of Loyola’s School of Communication. Photo by Audrey Palumbo.

The School of Communication at Loyola University Chicago celebrated its 10th anniversary with a gala on Friday night. Faculty, students and alumni gathered in Wintrust Hall at the Water Tower Campus to celebrate with food, drinks, live music and conversation.

The evening was especially meaningful for Ralph Braseth, Manager of Student Media. He joined the School of Communication faculty when it opened 10 years ago for the 2008-2009 school year.

“There has been so much growth and improvement and to have been a little part of that is really gratifying,” Braseth said. “I am really proud of what the school has done and the number of people it impacts.”

The event provided an opportunity for alumni to reconnect with their peers and former professors.

“It is always great to see familiar faces and find out where everyone is in their careers or in school,” said Taylor Utzig, ’16. “I think it is a lot of fun to get time to socialize at the school that I went to.”

Utzig now works as a Reporter/Anchor at WREX in Rockford, IL. “I think it is important to come back to your school to give back and talk to students who are going into the same field as you,” Utzig said.

In addition to celebrating the anniversary of the school, Professor Jill Geisler said it is also important to celebrate what makes it unique. “We are steeped in the Jesuit tradition of critical thinking and care and our school focuses on digital ethics and that puts us a step ahead of many others,” Geisler said.

Many students, including senior journalism major Erna Roth, attended the gala to celebrate with both classmates and professors alike.

“It is surreal to think about how much I have grown with the school and also seeing how much the school has grown,” Roth said. “Even though I am leaving it is exciting to see what is to come in the next ten years.”

SOC Event Planner, Genevieve Buthod made a toast to the school and attendees went home with a commemorative champagne glass.