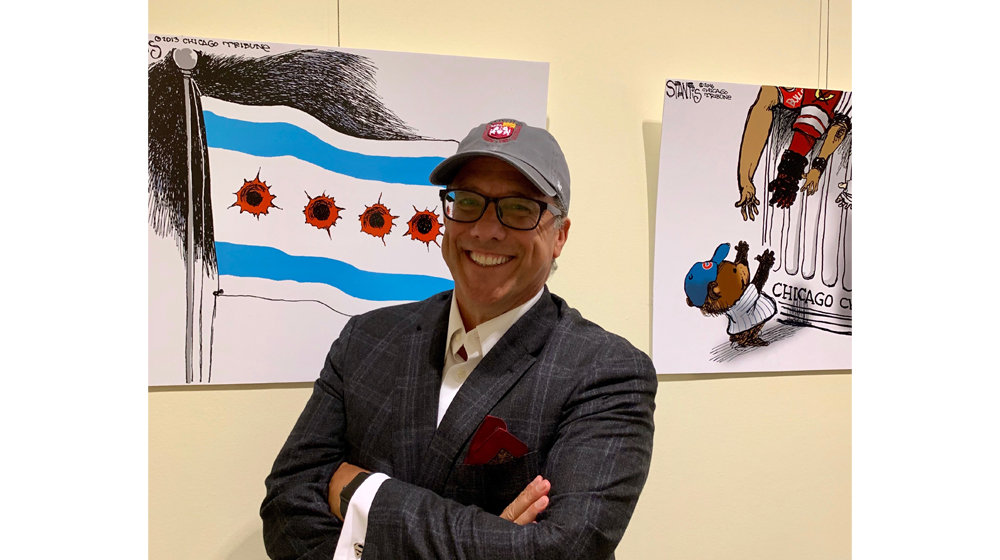 Scott Stantis, editorial cartoonist for the Chicago Tribune, wears a Loyola hat at the opening of his exhibit in the School of Communication.  Photo by Nicolette Soutor.

Scott Stantis, editorial cartoonist for the Chicago Tribune, opened an exhibit of his work Tuesday evening at Loyola’s School of Communication.

Nearly 50 guests viewed copies of some of Stantis’ most well-known political cartoons, and listened as the artist opened the exhibit, titled, The Political Cartoons of Scott Stantis.

“I am honored to be here and truly touched that Loyola would choose to exhibit my work,” Stantis told the audience.

The 75 political cartoons, which feature presidents, mayors, aldermen and everyman, will be displayed for the coming school year in the lobby and bottom floor of the School of Communication.

“We are so pleased to have Scott’s work exhibited in the School of Communication,” Dean Hong Cheng told the audience. “He has chronicled Chicago history, including the violence and graft, the election of Barack Obama as president, and the Cubs winning the World Series.”

The exhibit also includes four television monitors which feature time-lapse videos of Stantis drawing his cartoons on an iPad. There is a slide show of over 500 of his cartoons. And there is a recent television segment in which Stantis appeared on WTTW’s Chicago Tonight, and is interviewed by host Phil Ponce, who also is a Visiting Professor in Residence in our School of Communication.

The humorous, often biting, and sometimes poignant cartoons of Stantis have been gracing the editorial pages of the Chicago Tribune for more than a decade. And his work is syndicated to over 400 newspapers nationwide. Stantis joined the Tribune in 2009 following stints as an editorial cartoonist for the Birmingham News, the Orange County Register, the Commercial Appeal, the Arizona Republic and the Grand Rapids Press. He also is the creator of the comic strip Prickly City. 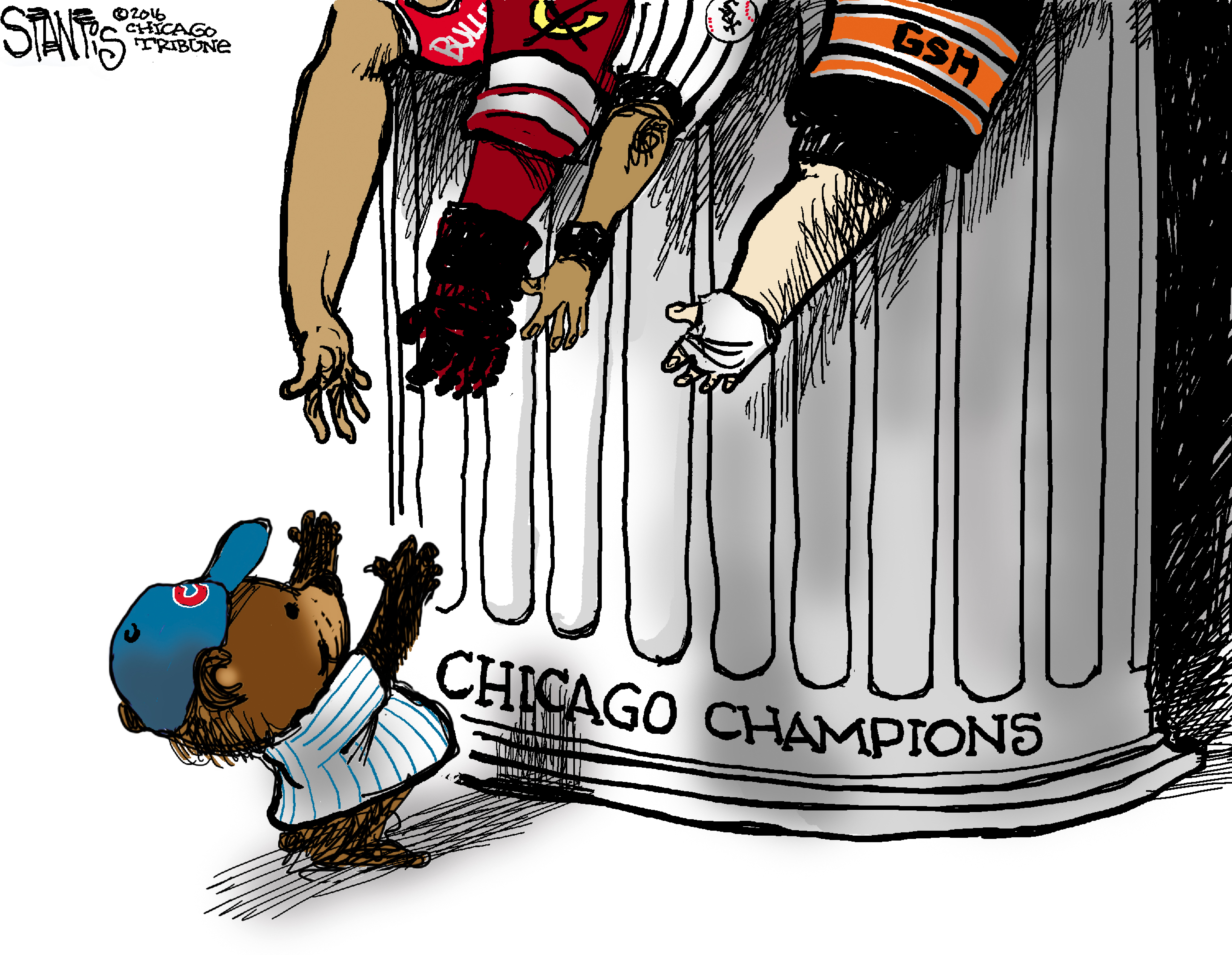