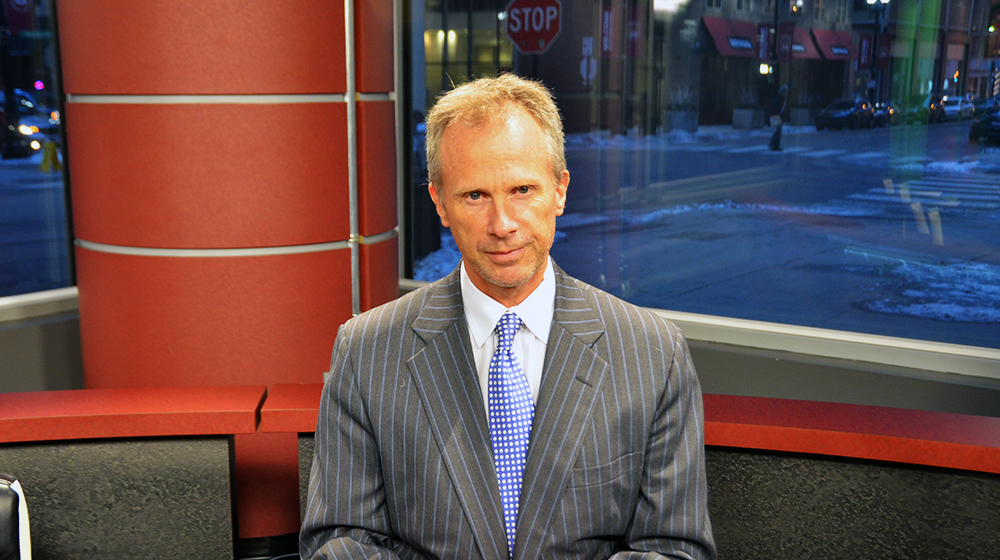 As the SOC’s Manager of Student Media, Braseth supervised the operations of the Phoenix student newspaper, WLUW, 88.7-FM, the student radio station, and Rambler Sports Locker, a weekly sports television show. He is also known for his extreme generosity, kindness and sense of humor.After more than a decade of service to Loyola’s School of Communication, Dr. Ralph Braseth is departing to pursue new opportunities.

Taking a break from packing up his office in Chicago, Braseth paused recently to share his experiences at Loyola, offer advice to students, and shed some light on his future plans.

Q: You've been at Loyola for more than a decade now; how has the decade treated you?

A: I've been treated extremely well by both Loyola and Chicago. Chicago is the finest big city in the United States. It's far more livable than NYC and buries LA with its cultural history. Most important, I've been treated well by Loyola students and faculty and staff. It's been a privilege to work here. I believe in the mission of Loyola and it's my strong hope I've lived up to it.

Q: What have you learned in your time at Loyola and how will you carry that knowledge with you?

Q: What is the best advice you have for incoming faculty and students just starting at Loyola?

A: Take chances. Experiment. Take opportunities to lead, but most of all, I would advise students to stop fixating on grades, but instead focus on deep learning which lends itself to good grades.

Q: Why did you want to become an educator in the first place?

A: I didn't want to become a teacher. It was not on my radar. In fact, I've never had a mapped out career plan. I'm an accidental teacher. However, now that I've been teaching for more than 25 years, it is clear to me I was born to be a teacher. I'm good at it. I care deeply about students and I love the interaction between faculty, staff and students.

Q: What is your favorite form of media (print, broadcast, documentary film, etc.) and why?

A: I love the media period. I have an interest in them all. However, I am a TV guy by trade and a photographer as a serious hobbyist. I believe visual media are the strongest in terms of leaving an impression or a call to action among viewers. The New York Times produced the finest journalism I've known just one day after 9/11, yet it's the photos and videos that are etched in my head forever. There is so much information in photos and videos and our brains process it and store differently than all other media types.

Q: As the 2000 Southeast Journalism Conference Outstanding Educator of the Year, what do you think it means to be an outstanding educator?

A: Awards mean little when it comes to teaching. In fact, journalism awards are so common they have become almost meaningless. I have to search myself to define what it means to be an outstanding educator and I don't claim to be one by the way. I think the following attributes are important: Mastery of the subject matter, enthusiasm in class, a strong desire to make a difference in a student's life, an open mind, a willingness to continue personal learning and a willingness to be challenged by students and others.

Q: What plans do you have for the future and why did you choose them?

A: I've been doing and teaching journalism for almost 30 years. I'm ready for a change. I want to take a few risks. I want to do something very different from what I am doing now. I want to be nervous about what's coming next and I will be because I didn't resign from Loyola with a job in hand. I have a few more chapters to write in my life story, and I'm looking forward to it. Although I don't know exactly what I'll be doing, it will most likely involve working with young people, probably young teenage boys struggling in their lives or in school.