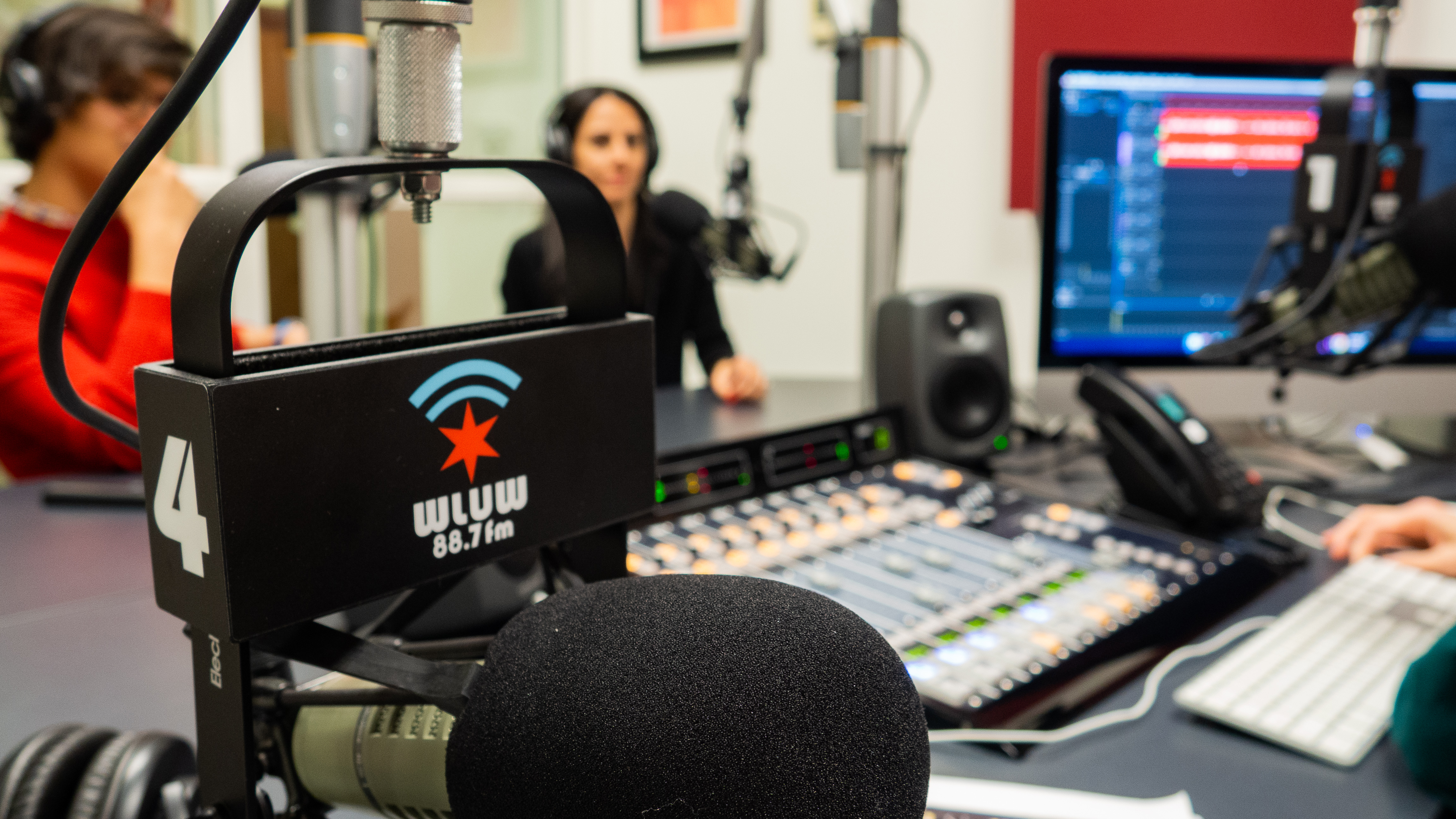 The studio is available for use by Loyola students, faculty, staff, and alumni. Loyola will be the first university in the city of Chicago to offer its students a free audio and video production space specifically intended to promote the creation of podcasts.

Eleni Prillaman has been the station manager at WLUW since 2015. Over the past several years, Prillaman, has received many requests from students, staff, and faculty regarding resources for recording podcasts. She, in turn, passed on this information to the School of Communication administrators in hopes that the studio may one day come into fruition.

According to Prillaman, the radio station had been needing a new production studio for some time. Then with the increased interest in podcasting Prillaman submitted a request to build a studio specifically designed for this purpose.

Prillaman recalls that after some time had passed she received a phone call from the School of Communication administration asking, “Hey, do you still need a podcast studio?” And she said, “Yeah!” Then it was time to figure out exactly what was needed to make it happen.

When planning and building the podcast studio, Prillaman worked with School of Communication Associate Dean, John Slania; Assistant Director of Finance and Academic Business Operations, Justyna Canning; Manager of Technology, Jamason Chen; and WLUW Radio Engineer, Mike Dorris. The funds for the studio came from both WLUW and the School of Communication.

Even before the official opening, there are currently 10 to 15 projects being produced in the studio. A number of these projects are being created by on- and off-campus student groups such as Inigo Communications and Her Campus. The Loyola Phoenix student newspaper also plans to begin recording their sports and news podcasts this coming spring 2020 semester.

“We’re really intentionally reaching out to student organizations and letting them know, ‘Hey, here’s this platform that you can use as a voice for your organization, for yourselves,’” Prillaman said.

Over the past two decades, the popularity of public radio has grown exponentially; according to data provided by the Pew Research Center, NPR’s listenership increased by 18% – from 25.5 million to 30.1 million average listeners – in the years spanning from 2007 to 2017. The rate of podcast listenership has also gone up within the last 10 years, with the rate of people who have reported listening to a podcast increasing from 22% in 2009 to 55% of people in 2019, as recorded by Edison Research.

“[Radio is] becoming so ingrained into our pop culture and enhancing all these other forms of media that already exist. It’s really exciting for people like us who want to work in what some people call a ‘dying field,’” Prillaman said.

Luis Mejía Ahrens is one of the students who uses the podcast studio as both a professional and creative outlet. Mejía, a junior at Loyola studying multimedia journalism, chooses to focus on audio production and radio journalism.

With his roommate and co-writer Luke Occhionero, Ahrens runs the podcast BirdCast out of the new podcast studio.

“[BirdCast] is an entirely comedic podcast centered on reporting news for birds by humans,” Ahrens said.

“We feel that there’s an under-representation in the media of subjects and those people are birds,” Ahrens said. “So that’s where we come in as BirdCast, we are basically a spoof news channel mostly focused on delivering the best news for birds that we can.”

Ahrens feels the podcast studio is an important resource not only as a creative and comedic outlet, but also in terms of professional development.

To learn more about the podcast studio, come to the open house on February 14th - Valentine's Day! - in the WLUW studio on the 3rd floor of Baumhart Hall.