SOC volunteers to help those in need 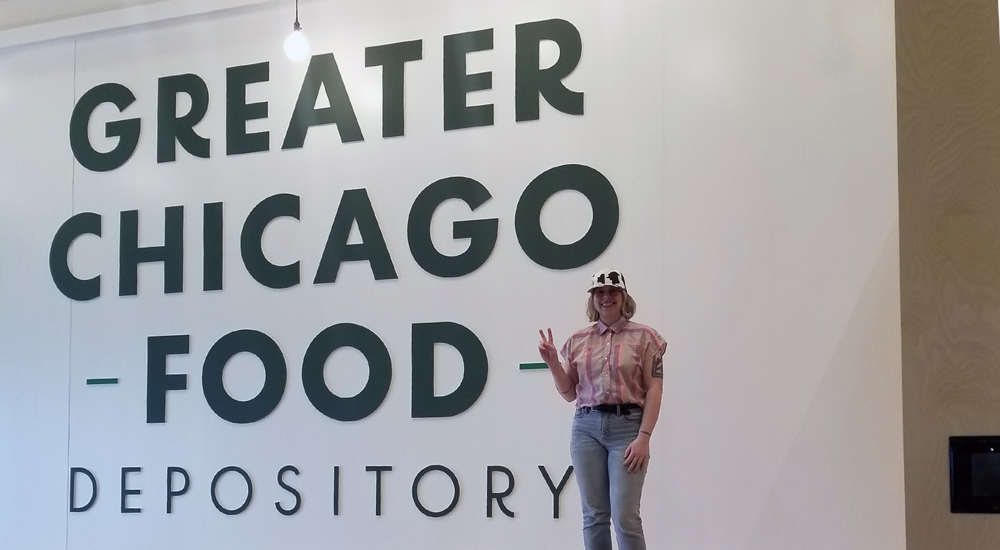 While Loyola’s School of Communication students, faculty and staff are practicing social distancing, it hasn’t prevented many from volunteering to help others in need.

The coronavirus outbreak has forced most to stay at home, creating hardships for the elderly, the needy, and others with limited mobility or resources.

So some members of the SOC community are volunteering at food pantries, buying and delivering groceries, raising money to buy medical supplies, and doing other good deeds

When Chicago’s Mayor Lori Lightfoot urged residents to stay at home and to contribute to those in need when they could, SOC staff member Jillian Musielak heeded the call.

Musielak is the Technology Coordinator for the Owl Lab as well as the Site Content Coordinator.  Working from home, she said her days are mostly spent editing the SOC’s website, adding new content, and doing administrative work for the lab.

“I’m a big fan of our mayor and I felt a sense of civic duty after her speech,” Musielak said. “I Googled for ways you can volunteer during the crisis and that’s how I found the Greater Chicago Food Depository.”

Musielak took some days off work and signed up to volunteer.

“I’m infinitely grateful that I’m able to work during the crisis and still get a paycheck. I thought it was important to give up some of my time in order to help out,” she said.

The Greater Chicago Food Depository is a network of more than 700 food pantries, soup kitchens, shelters and other programs. During the COVID-19 crisis, the organization has been providing emergency food boxes for those most in need.

But the depository’s volunteer numbers have slipped: many of their regular volunteers are retirees - those most at risk during the crisis. Further, in order to adhere to social distancing rules, the number of volunteers per shift had to be cut back. They are taking every precaution to maintain the health and safety of their employees and volunteers.

During her first three shifts, Musielak said the team of volunteers packed just under 3,000 boxes of food.

“Not only does it feel great to know that I’ve had a hand in feeding so many people, but it’s important to me to set a good example for our students,” Musielak said.

Volunteerism also has helped Musielak quell some of her own anxiety during the crisis.

“I don’t like feeling helpless in a situation and this has definitely given me back some feeling of control,” she said.

His Insult-A-Columnist Holiday Food Drive asks readers to donate money under one of two team names: RexRocks and RexStinks. For the second year in a row, the RexRocks team won, and the entire drive raised $102,000 for the food depository.

For the COVID-19 crisis, Huppke has pivoted, starting a Twitter campaign titled, #PandemicPals. It’s focused on reaching out to seniors and people with disabilities who are struggling with isolation.  He’s heard from hundreds of groups and assisted-living facilities that would love to receive cards/letters for residents, and he forwards those mailing addresses to the people who email wanting to volunteer.

“I’m happy to be a conduit to those in isolation and in need of a boost,” Huppke writes. “Keep reaching out and I’ll do all I can to respond and point folks in the right direction.”

Huppke does all this while teaching a Feature and Opinion Writing course for the SOC.

The Doyles pick up the produce in their Volkswagen Eurovan and deliver it to Roberti House, a community service organization in Waukegan, which then distributes the food to those in the neighborhood.

All this while doing his day job. Gary Doyle is a Group Creative Director/Senior Vice President at Cramer Krasselt in Chicago, and he teaches advertising creative classes at Loyola.