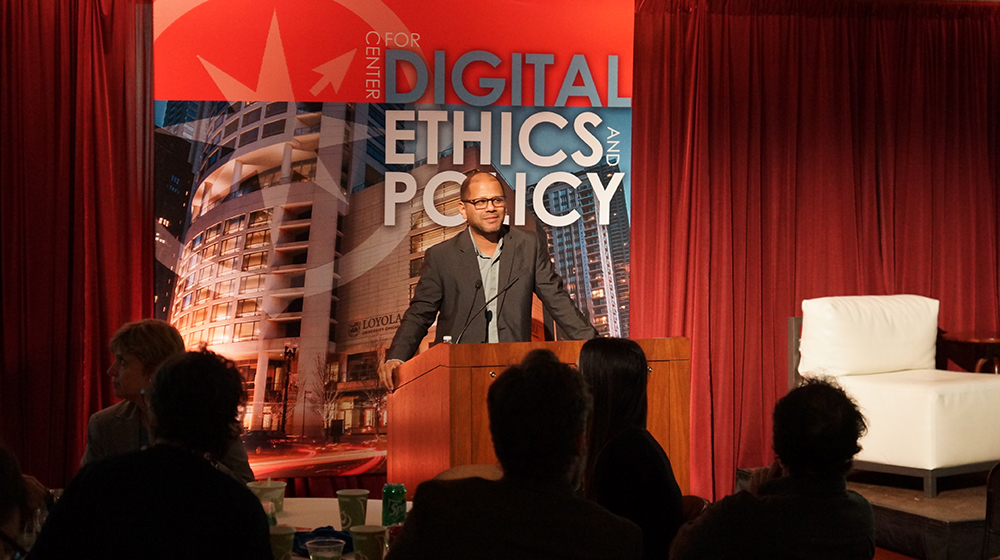 Topics ranging from privacy and surveillance to streaming and ethics were discussed at the 5th Annual International Symposium on Digital Ethics.

John Pelissero, interim president of Loyola University Chicago, said he remembered when School of Communication Dean Don Heider first approached him about the idea for the symposium. 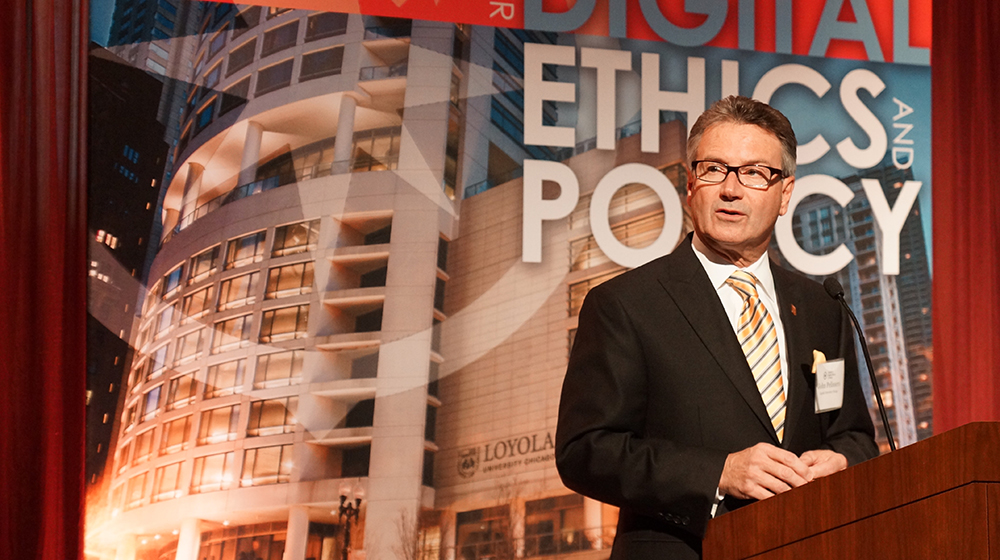 “We were happy to be able to help with what’s become a very popular and attractive conference that deals with some cutting edge issues in the digital world,” he said.

“Particularly those that touch on ethical behavior.”

He continued and said Loyola is a great environment to host a conference on ethics in the digital age. At the heart of Loyola’s humanities-based core curriculum, are the ethical intentions of one’s actions.

“We provide the learning, and our students and graduates are able to demonstrate ethical awareness, the ability to do ethical reflection and the ability to apply ethical principles in decision making,” he said. “We want our students to leave here, able to make moral decisions and act on their ethical abilities.” 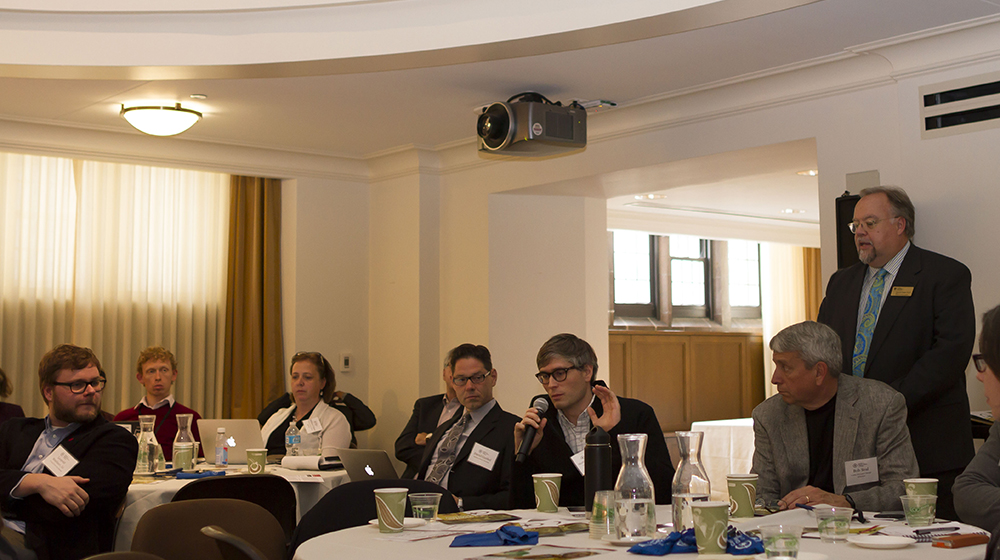 Dean Heider said the symposium and the School of Communication’s Center for Digital Ethics & Policy were created to help foster the conversation about digital ethics, to encourage more research and to create a place to help share that research.

“Few tech companies in this era have a code of ethics,” he said. “So when it comes to technology and the moral compass, oftentimes the marketplace seems to rule. And governments are no better, bending the rule to spy on citizens in the name of national security.”

And when introducing the symposium’s keynote speaker, Hasan Elahi, Associate Professor Bastiaan Vanacker said few questions are as pressing as those dealing with the issue of surveillance.

“What are we willing to relinquish in order to be safe?” he said. “Or to feel safe, which isn’t always the same thing. With the increased surveillance power of digital technologies, these questions have only become more prevalent.”

Elahi, an interdisciplinary artist, works with issues in surveillance, privacy, migration, citizenship, technology and the challenges of borders. In his talk, he touched on a project he’s spent the past 13 years contributing to, after he was mistakenly added to the U.S. government’s terrorist watch list.

“For the past 13 years, I’ve been tracking myself for the sake of national security,” he said. “The long story, is I spent six months of my life justifying [to the FBI] every tiny moment of my existence, convincing them I’m not a terrorist.”

In the end, it took six months and nine polygraph tests to clear his name. Still, concerned about future misunderstandings, he was inspired to created “Tracking Transience: The Orwell Project” which uses GPS technology to track his every moment. He also spoke with another academic who went through a similar ordeal.

“Chances are we probably weren’t the only two,” he said. “So there are either a lot of people who aren’t talking, or who can’t talk. I’m convinced if I were ‘Hasan the Cab Driver,’ versus ‘Hasan the Artist,’ this would have ended very differently.”

Earlier in the day, another artist, Maggie Orth, touched on the topic of ethics in wearable technology. Orth, an e-textile artist, inventor and entrepreneur founded International Fashion Machines in 2001.

In her talk, she described a situation she found herself in a few years earlier.

“Sometime around 2010, I was really into the idea of wearables,” she said. “And I got to the point where I was going to make 50,000 new light switches in China. Because that’s the only way I could get them cheaply. But I couldn’t do it. I just couldn’t do it.”

She said she looked at her kids and thought, “What am I going to leave behind?” She showed a photo of a toxic river abroad, created due to technological waste.

“Here in America, we don’t see it,” she said. “It’s in Asia and countries where they don’t have environmental regulations.”

Orth said she went through a crisis—thinking about the obsolete power supplies, dead batteries and LED Halloween gadgets cluttering her drawers. And she also touched on the idea of upgrading phones every year for minimal upgrades and buying health monitors that capture the same information a phone already does.

“You can’t recover that energy, but that’s how people think about it,” she said.