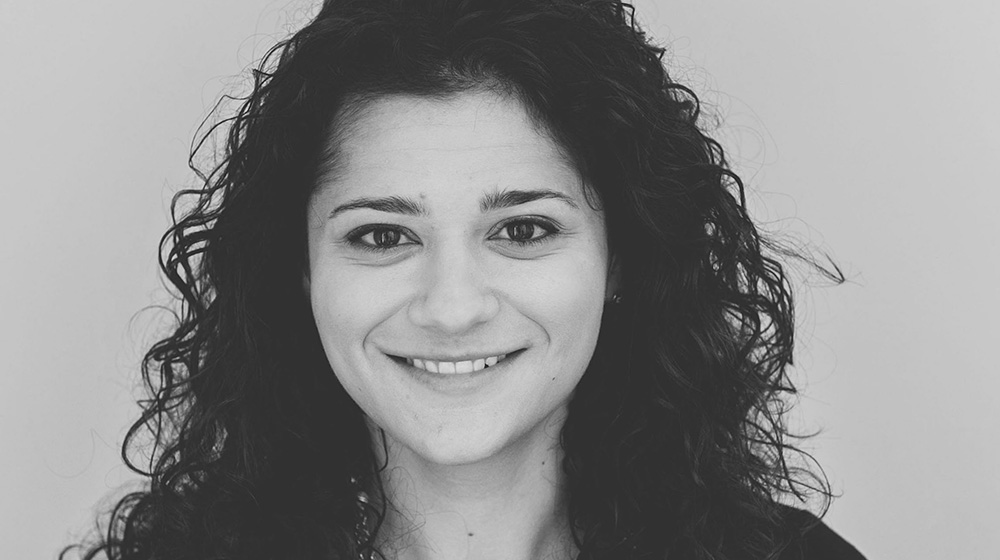 School of Communication alumna Vanessa Markopoulos recalls everyone at Loyola being “universally” kind to her as a student.

“If you needed help with something, I never worried that I couldn’t ask,” she said. “There was always a sense of community that I really loved.”

Now, Markopoulos is helping her clients solve their own problems as a digital marketing manager at The Habitat Company, a residential real estate management and development business in Chicago.

Vanessa Markopoulos graduated from the SOC in 2012 with a degree in Advertising and Public Relations.

As a Chicago native, Markopoulos knew she wanted a university close to home.

“There was such an attraction going to a school in the middle of the big city,” she said. “I looked at other schools in the Chicago area, but I kept coming back to LUC. I just knew it was the right one.”

Markopoulos was a marketing major in the Quinlan School of Business, until she realized she could pursue a different side of business.

“I had this really creative side that I enjoyed…but as I started taking business classes, it was pushed to way side,” she said. “So I saw [advertising and public relations] as a great balance of having savvy business skills, while coming up with new and creative ideas and seeing how they would run."

She transferred into the SOC her sophomore year, and held onto a marketing minor.

While her in-house marketing role at The Habitat Company is “to manage all of our properties,” Markopoulos said no day at the office is the same.

“I work to make sure we’re competitive from a digital perspective,” she said. “[That includes] social media, campaign strategies, working with internet listing service (ILS) partners to allow us to hash out a plan, getting vendors at the door…”

Additionally, Markopoulos said she is always trying to “beef up” the company's social media account and website, keeping it up-to-date.

“We’re always working on having more videos out there, being more progressive with company and catching up with the times,” she said.

She also teaches experienced colleagues and managers how to work with digital media. “There are people who’ve worked at the company for 25 years, and don’t know the digital media side,” she said. “I help educate them.”

Markopoulos said she was drawn to Loyola’s Jesuit values and the school’s quickly-evolving campus.

“The school was making so many changes — like building a lakefront,” she said. “There was something very appealing and enticing about [Loyola]… it just clicked.”

One of her favorite courses was communication and conflict management taught by Professor Gilda Parrella, Ph.D.

“I took it back then thinking it was going to be a piece of pie,” Markopoulos said. “When I took it, I thought ‘holy smokes this is insane’.”

Parrella transformed theory into real-life experiences in class, according to Markopoulos. She was fascinated with her professor’s in-depth teaching methods. “It opened my eyes to deal with people and deal with issues — a skill that she said is still relevant in her job today.

“I learned that everyone has a different personality, different skills and handle their conflicts differently. Being able to harness our skills has been useful,” Markopoulos said.

Parrella said Markopoulos was a “very engaged and lively student who was eager to participate in all the course exercises” and “brought strong, positive energy to the class.”

“You could read the information in the textbook, but it’s nice to hear about someone’s experiences in the field, she said. “He made it easy to be in class and to learn and understand a concept.”

When Markopoulos was in school, the idea of digital marketing was new and “revolutionary,” according to Kamerer. A small group of people tended to enroll in the class, but were rewarded with “fresh, cutting-edge information.”

“Not every student could see that revolution,” he said. “But [Markopoulos] could.”

Markopoulos’ early understanding of digital marketing has served her well in her career.

After graduating from Loyola, Markopoulos worked as a marketing associate at Digital Design Corporation, an engineering consulting firm based in suburban Chicago.

After two years, she tried her hand in two larger agencies, One North Interactive then Civilian, before coming back to an in-house environment at The Habitat Company.

“I have a passion for brand marketing,” she said. “That’s where I feel most comfortable. I don’t know if that’s because that where my first gig was….there are always new challenges, opportunities and changes. It keeps my job exciting.”

Markopoulos encourages others to also follow their own passions with hard work and diligence.

“I tell people that as far as when they’re trying to define themselves and work in a field, push yourself,” she said, “because that’s where you’ll reap rewards.”