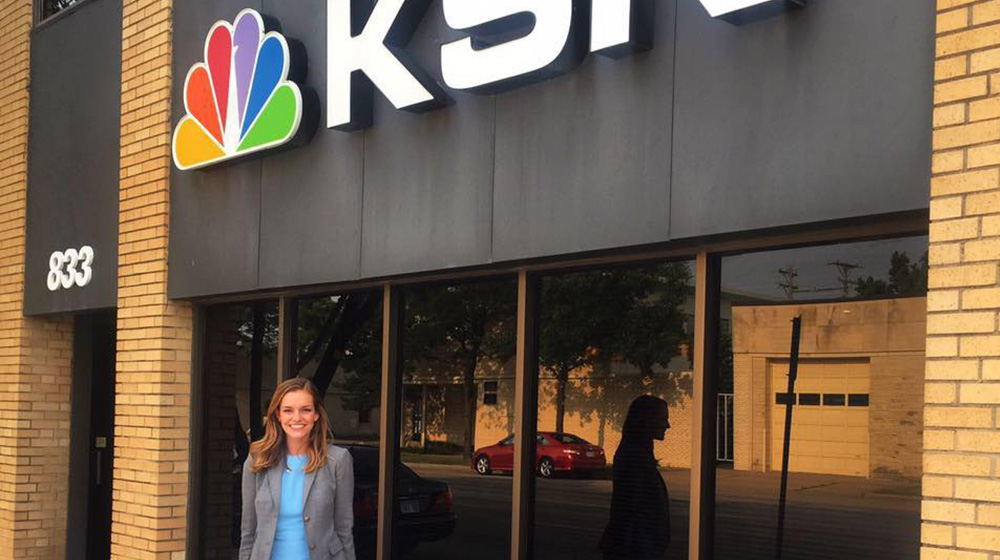 Three recent School of Communication alumni are proving that professional success can simply be a matter of broadening your horizons and expanding your search.

A Newsroom of One

Molly Brewer is a bureau reporter for KSN-TV in Kansas. Based in Garden City, Kan., Brewer is a one-woman reporting team. She writes, shoots and edits packages all on her own.

“I work alone,” she said. “And I think that’s the hardest part of the job—not having anyone to bounce ideas off of. Although I can always call the station and talk with someone, it’s not the same as being in a newsroom with a lot of people.”

But ever the optimist, she views the independence as a benefit as well. She said working solo taught her how to problem solve, work quickly and think on her feet. The work might be harder, but she still views it as a good first-job experience.

“It’s definitely a lot harder than school,” Brewer said. “But Loyola was a good stepping stone where I learned the basics of camera skills and editing.”

For new graduates, she encourages them to be open to new experiences.

“Don’t be afraid to do something like leave your comfort zone,” Brewer said. “I didn’t want to leave Chicago, but I wanted this job a little more. I think there are a lot of people who are afraid to leave, but that makes getting the job and getting new experiences a little harder.”

She’s been in Kansas for about two months, and she’s taking steps to become more involved in her new community.

A Story’s a Story 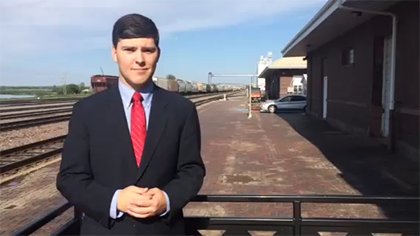 Nicholas Amatangelo is an anchor/multimedia journalist for KUMV in Williston, North Dakota.

While at Loyola, he focused on sports reporting, working for Rambler Sports Locker and the sports section of the Loyola Phoenix. So after graduation, he didn’t see himself working in a news position.

“When I graduated, sports is what I gravitated toward,” Amatangelo said. “That’s what I wanted to do. I applied to all these sports job. But with sports, it’s a little more difficult to get into than your average news job.”

He had professors review his TV work, cover letters and resume, but he had little success with his search. Soon after, Amatangelo decided it was time to refocus his efforts. He said he realized his search was too narrow, and he began to apply to news positions in markets from ranked size 60 to 210. And within a month and a half, he secured a position.

“Don’t be afraid to step out of your comfort zone when it comes to applying for jobs,” he suggests. “If you’re struggling, try something different. Your first job might not be ideal, but that doesn’t mean the next one or the one down the line won’t be. It’s just a matter of being flexible.”

And Amatangelo said news reporting isn’t all that different from sports reporting. The transition was easy, as both follow a similar story structure. As he trained for his job, shadowing veteran reporters, he viewed it as more of a review session than a learning session. 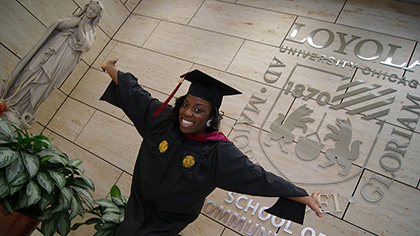 Jatika Exposé is a sales assistant at WGN-Radio, where she also assists with marketing and promotions.

A graduate of the Digital Media and Storytelling masters program, she received her undergraduate degree in journalism at Indiana University Bloomington.

“My original plan was to be a news anchor and work in journalism,” she said. “I chose the Loyola program to learn how to be the brains behind the camera and get those technical skills. That was really important to me.”

While at Loyola, she took classes to work toward her new goal.

And a month after graduation, she found herself steadily employed, working toward that goal.

But getting to that point required some proactive work on her part. While a graduate student, she exchanged business cards with a guest speaker in her Public Service Communication course. As graduation loomed near, she followed up with him, setting up a tour and interview that soon led to an offer.

“Use your resources,” she advises. “Loyola has a great and powerful network. And professors know everyone, so it’s not just about who you know, it’s about who they know.”

Exposé also advises students to be enthusiastic and motivated.