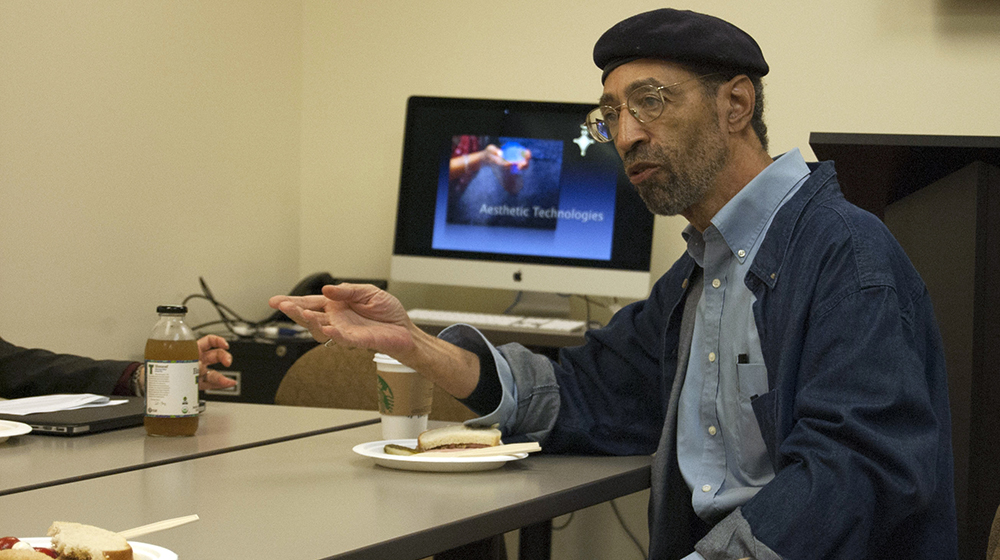 Visitors to the School of Communication now have the opportunity to take a trip to the Bronzeville of yesterday, courtesy of the new interactive installation by artist Philip Mallory Jones.

Both of these projects, according to Jones, grew from the same origin. In 2004, he collaborated with his mother, Dorothy Mallory Jones, on the book “Lissen Here!” The book was a combination of her poetry and his photo-collages. 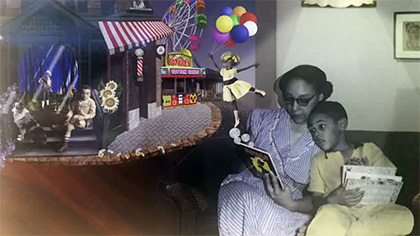 “In the process of composing that book, I began to see other possibilities in this same material,” Jones said. “There are a lot of stories behind these poems, and these characters and these images. And over the course of the past decade, I did several pieces in various forms in ‘Second Life’ and using the Unity game engine. They all were steps toward this game and this virtual world web environment.”

Although the work dates back 10 years, the partnership with the School of Communication only goes back two years, when Dean Don Heider first came across Jones’ work online.

“I came across his work and was fascinated, because the idea of an artist creating a virtual world, could create and tell stories about a historic place that was very important to our city—Bronzeville,” said Heider, in his opening remarks at the unveiling.

In searching for work to display, SoC Events Coordinator Meghan Ashbrock said Dean Heider was looking for an exhibition that was more interactive in nature. She said usually the School of Communication just hangs photos on the walls. But for this exhibition, the goal was for something more interactive, and something that would allow students to explore a different neighborhood of Chicago. 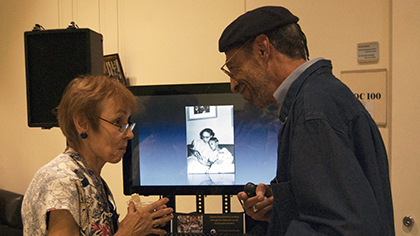 “There are a lot of social justice implications,” Ashbrock said about the exhibition. “With the area of Bronzeville being a predominately African-American neighborhood, it’s something we’d like to introduce to students. We don’t just want students to be exposed to people from one specific area. The more we can do to bring different neighborhoods, different stories and different ideas into students lives—right in front of them when they go to class—that’s a primary goal of a project like this.”

Jones grew up at 71st and Wabash, but left the area in 1965 when he turned 18. When he returned 30 years later, he said he didn’t recognize his neighborhood. The world he grew up in was gone.

“Which broke my heart,” he said. “But it’s not surprising either. Having been in a lot of places around the planet, and experienced a number of different kinds of cultures, I have come to a better and deeper appreciation and understanding of where I come from.” 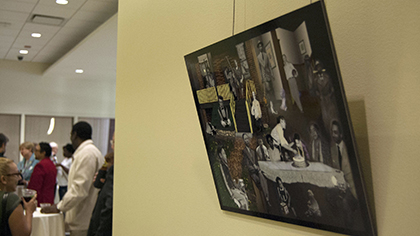 Jones said he has two goals for his work on display.

“One is an appreciation for what used to be here in Bronzeville—what I knew when I was growing up,” he said. “Just the amazing creativity and concentration of artistic genius that was happening, and the vibrancy of invention that was going on there.”

The other is for students to find something in his work that sparks their own imagination, creativity and ambition, and acts as some sort of catalyst for their own work.

“Because that’s what I get out of work that I encounter every once in awhile,” Jones said. “And that’s been critical in my own development—to encounter someone else’s work that sparks something in me that gets me excited about the possibility of an idea, an approach, a technique. Or some type of technology that I see in someone else’s work, something that I can use and something that moves me to the next step.”

Ashbrock said the exhibition will run through the end of 2015, and likely into January of next year. The exhibition has been in the works for longer than the School of Communication usually plans for something, and the lengthiness is because of the unique aspects of Jones’ work. 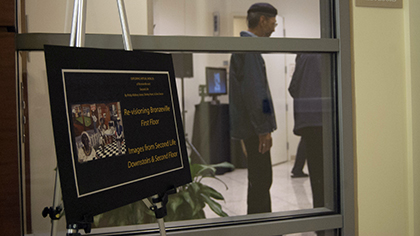 “We usually have an idea of our exhibits about a year in advance,” she said. “For this one, the talks have been going on for close to two years, because of the game. It’s not just putting photos up. He’s creating this whole virtual world that has other aspects and bugs that you have to work out. It’s taken a little bit longer than usual.”

In the past two years, Jones said he typically works from 8 a.m. until midnight. He’s thankful his situation allows him the freedom to wake up in the morning and get to work.

“It suits me perfectly to have unstructured days and weeks ahead of me,” Jones said. “Literally, I work from about 8 a.m. until my eyes cross at midnight. And if I can end my workday with the knowledge of what is the next issue I’m going to face, I’m pleased. I’m content when I know what the next problem I have to deal with, so I have a place to start the next day.”

Jones said he’s looking forward to the further development of this project and what it will look like in six months. 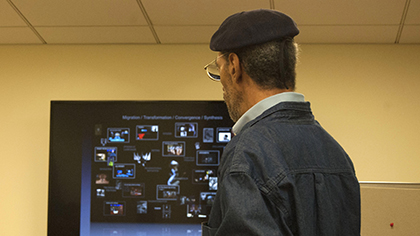