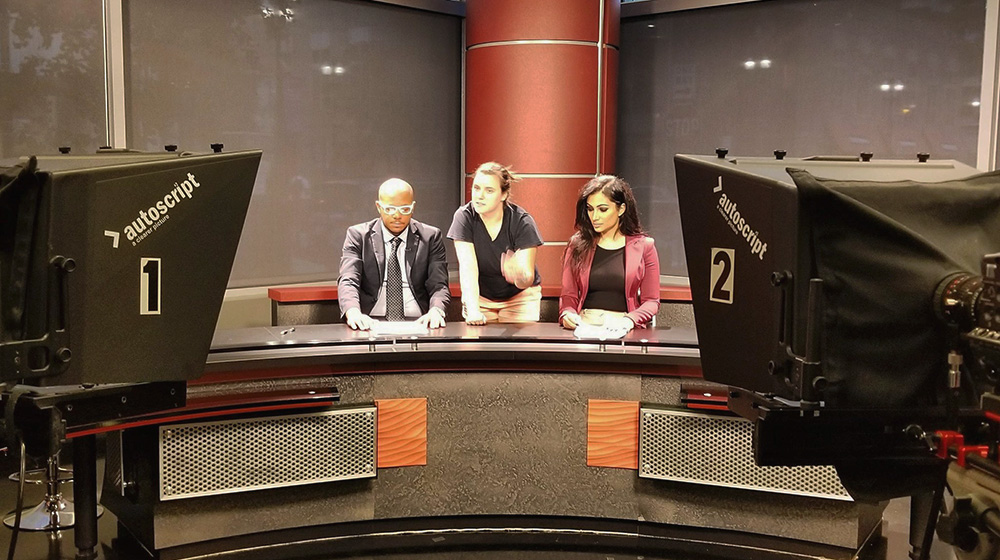 The School of Communication Convergence Studio and OWL Lab were upgraded over the summer with the goal of providing SOC students with the latest technology.

Collins said the most important feature about Inception New is its ability to incorporate social media into the broadcast. 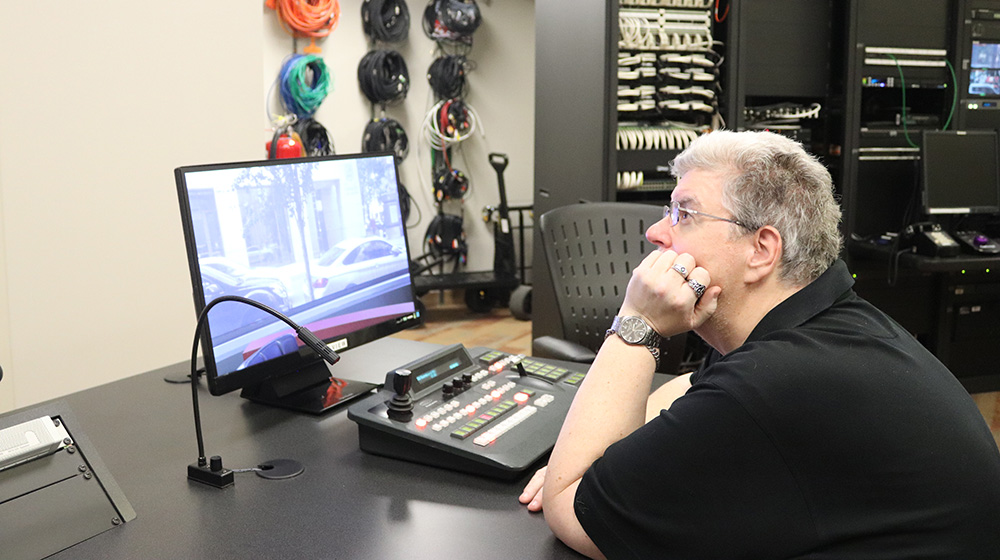 “What I can do is, I can write a story using Inception News, send it to teleprompter and when it’s done, it immediately can get posted to Twitter or Facebook,” Collins said. “Which is pretty cool because the story you write immediately goes on the internet so that people can read it.”

The SOC will start using Inception News next semester, after Collins and other members of faculty go through an intense, three consecutive-day training, for six to eight hours.

The interface of Inception News is easier than that of EZNews, which is “clunky” and “non-intuitive,” Collins said, “But the learning curve is pretty steep…so we have to have training on it.”

Since ROSS Inception News is also a web-based designed program, Collins said one can input content into the teleprompter from anywhere, not just in the studio.

Inception News goes hand-in-hand with the soon-to-be upgraded Broadcast Pix switcher in the control room. The newly-added feature to the switcher called BPNet, allows the user to upload video files to the switcher from anywhere using a cloud-based system, according to Collins.

“Let’s say the Lake Shore Campus is having a demonstration,” Collins said. “I can shoot raw footage up there…upload it to the cloud, and it’ll show up in the switcher in the control room, and I can directly [incorporate it] into the show.”

Collins said that faculty and students are already slowly incorporating the new technology into the everyday curriculum, and wants to see the SOC continue to utilize it.

“The classes that we teach in here or the [members of] Rambler Sports Locker have been able to access the new cameras, and the new cloud based system for uploading files,” Collins said.

Queenie Amma, a first year masters student in digital media and storytelling, has already benefitted from using the equipment in the Convergence Studio in class and as a reporter on Rambler Sports Locker.

“Updating equipment means students, such as myself, have the benefit of learning and using all the latest technology,” Amma said. “It will prepare me for the real world so when I do get signed into a news station…I will be qualified and ready to use their professional equipment.”

The SOC also purchased a live production switcher last year, which Collins refers to as a “studio-in-a-box.” The computer-based swticher system can connect six cameras to it at a time, and live stream the program from the swticher to an online streaming service, like YouTube. A capability added over the summer allows people with iPhones or Androids to connect via Wi-Fi and stream their own live footage through the switcher.

Additionally, the main monitor display, a screen in the control room, was upgraded to a larger screen with better picture quality. In the studio space professors can also use two new Smart TV with Mac computers on them to access PowerPoint or the internet for lecture. These also act as playback monitors from control room. The studio upgraded three Panasonic cameras in the studio used to shoot — these have optional Wi-Fi capabilities, allowing the camera to stream video online if needed.

“Because of the new things we have, the upgrade to the studio allows us to be more cutting-edge for the future and to do more things that can be incorporated in classroom,” Collins said. “The more training that we do with the students, the more things that we’ll [be able to] do next semester.”

Amma looks forward to using the technology, to produce high-quality content to show to future employers.

“When submitting my reels to news stations, there is a difference between using mediocre cameras versus high-quality, professional ones,” she said. “My video reels [and] resume will give me a better advantage over others in being competitive for the job.” 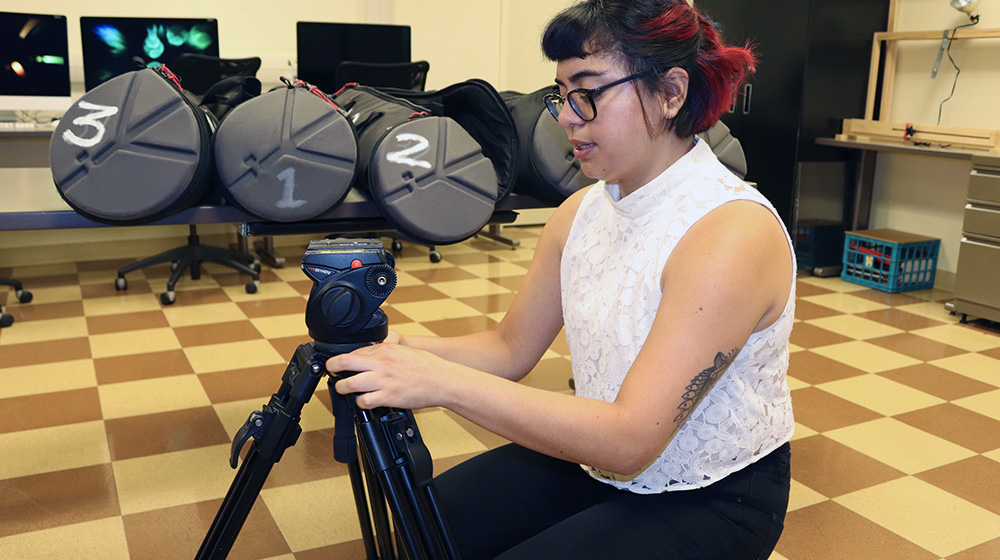 Technology Coordinator Andi Pacheco said the OWL Lab has a few updates of its own.

The lab added cameras with high-definition and optional 4K resolution capability, used by many intro-level courses, as well as new DSLR cameras used mainly by photojournalism, and technology for journalists courses.

The DSLRs were replaced in order to provide easier, straightforward options for the students with little camera experience, with better quality than cell phone capability, according to Pacheco.

Additionally, the SOC is slowly transitioning into LED lights for safety and with the goal of becoming more “energy efficient,” Pacheco said.

Pacheco, an LUC alum and former OWL Lab student worker said she remembers when students went from tape cameras to SD recording cameras, back in 2008, and has watched the SOC progress since.

“We update in a realistic time frame,” Pacheco said. “We see how [technology] is used, we see what we lack, and how we can improve those areas that we’re not really strong in. But ultimately, it’s how the teachers use the technology that make students work better. Everything could be state-of-the-art, but if instructors aren't working with that kind of equipment you’re not going to get good work.”

Amma said she appreciates that Loyola makes investments to ensure that their students continue to have the most up-to-date technology available.

“The SOC being able to put in the time and money for their students to be using updated equipment shows that they care about the students and content being produced and the quality of work,” Amma said. “In the rapid and persistent changing world of technology today, it will only make sense that the equipment being used to teach future broadcasting student is up-to-date.”