Finding Culture and Creativity in Advertising 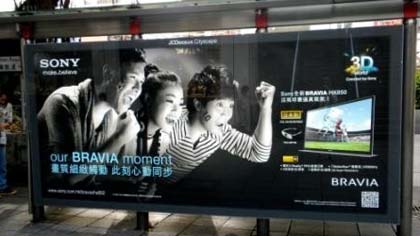 While some may think creativity can only be found in paintings and drawings, Assistant Professor Pamela Morris found it somewhere else.

“When I got into advertising, I found out that you can be creative in ideas and in business and you can have a career of it, and you don’t necessarily need to be the one drawing the pictures,” said Morris, who teaches advertising and integrated marketing in the School of Communication (SoC).

One of these topics – the connection between a society’s culture and its advertising images – has been a particular focus of Morris’ several research papers.

“I like to understand how groups of people make meaning and why they behave and do the things that they do,” Morris said. “In advertising, when you learn about a target audience, you’re trying to get inside their heads. You’re trying to learn everything about them so that you can somehow get your message across to them.”‌

This past summer, Morris spent time traveling to each of these countries, researching the cultures and analyzing their advertisements.

“I took a bunch of pictures while I was over there very systematically; I walked up and down busy streets in urban areas that were recommended to me by area experts,” Morris said. “I spent about the same amount of time in each place, then I came back and I took all the images with women and I started to code them in a content analysis.” 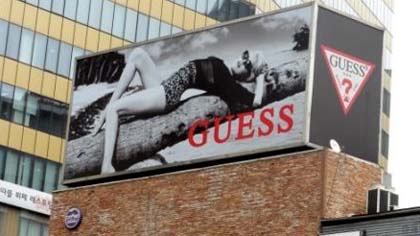 In order to quantify her results and make meaning out of them, Morris analyzed whether the advertisements showed only women’s faces, their faces and some of their bodies, or if they showed women’s full bodies. In addition, Morris also noted whether the ads portrayed local or foreign models, specifically Caucasian or Asian models.

Then, with the help of experts from each country, Morris translated the words on the advertisements so she knew what products they were representing, and coded the ads so as to find statistical differences among the images.

In this way, Morris was able to determine what beauty styles the advertisements portrayed – whether the women were classified as classic, sensual/sex kitten, cute girl-next-door, trendy, models, decorative/ambiguous or women in occupations.

Morris hypothesized and discovered that these portrayals of women are strongly connected to the culture of each society where the advertisements are located. For example, in Japan and South Korea, Morris said the culture is very patriarchal, which gives way to the cute or decorative/ambiguous classifications of women in the countries’ advertisements. In Turkey, on the other hand, Morris said there were hardly any women in advertisements, possibly because of the Muslim population there.

“I’ve started to really dive deep into these theories about femininity and women’s place in the public sphere,” Morris said. “I didn’t really know about these theories before this paper.”

Morris’ work on this topic resembles the research she conducted with 2011 SoC graduate Katharine Nichols. Nichols worked with Morris during her semester-long directed study to write a research paper analyzing the differences between advertisements in U.S. and French women’s fashion magazines. The paper was then presented at the annual conference of the Association for Education in Journalism and Mass Communication (AEJMC), and was recently published in January. 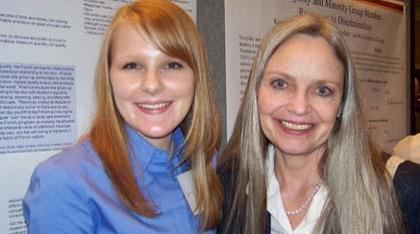 Nichols said she and Morris analyzed about 570 different advertisements throughout the project, finding that the differences between the two countries’ ads represented different cultural priorities.

In addition, while Nichols was writing a draft of the paper, Morris helped her conduct further research on the topic and provided her with some guidance.

“It was a wonderful experience to be able to work on something with her,” said Nichols, who graduated from Loyola with a degree in advertising and public relations.

Not only did Nichols work with Morris on her directed study, but she also took two of Morris’ classes — introduction to advertising, and advertising and creative copywriting.

“She is really one of the most remarkable professors at Loyola. She really helped shaped my career and my academic career,” Nichols said. “As a professor, I think she’s very genuine and gives you real world examples that are so key to life after college.”

“She would bring in some of her old portfolios and show us actual campaigns that she had worked on — how what she had done in the real world was exactly like what we had been doing [in the classroom],” said White, a communication studies major, who also took Morris’ advertising and creative copywriting class. “It was really inspiring to see that what we were doing could potentially be something we could make careers out of.”

Not only does Morris bring her industry experience into the classroom, but she also models how many projects work in the real world by co-teaching an ad/PR special topics class focusing on multimedia commercial production.‌

“It’s really rare that advertising programs can teach TV production and TV ads, because it’s so specific and you have to have the experience of the software and of being a filmmaker and the experience of being in advertising, so team-teaching has really been able to facilitate that,” said Morris, who co-teaches the class with Instructor John Goheen. “It also reflects [the] industry because you’re never going to be working alone – especially advertising — you work in a group.”

The class brings together students who are interested in both production and advertising, and helps them learn more about each discipline.

“We mix these students — it’s sort of real world [experience]. If I work in production, I don’t necessarily know and understand how an ad agency works and vice versa,” Goheen said. “It’s a real unique class in that it brings the two disciplines together.”

While Goheen focuses more on the production side of the class, Morris provides her insight as to how to work with clients, what they expect and how to create ads.

However, while multimedia commercial production is the focus of this particular class, Morris said her classes are about more than just these topics.

Echoing the research she has done, Morris said she hopes students who take her classes ultimately leave with a broader understanding of culture in the world.