Debate Team Heats Up on the Coast 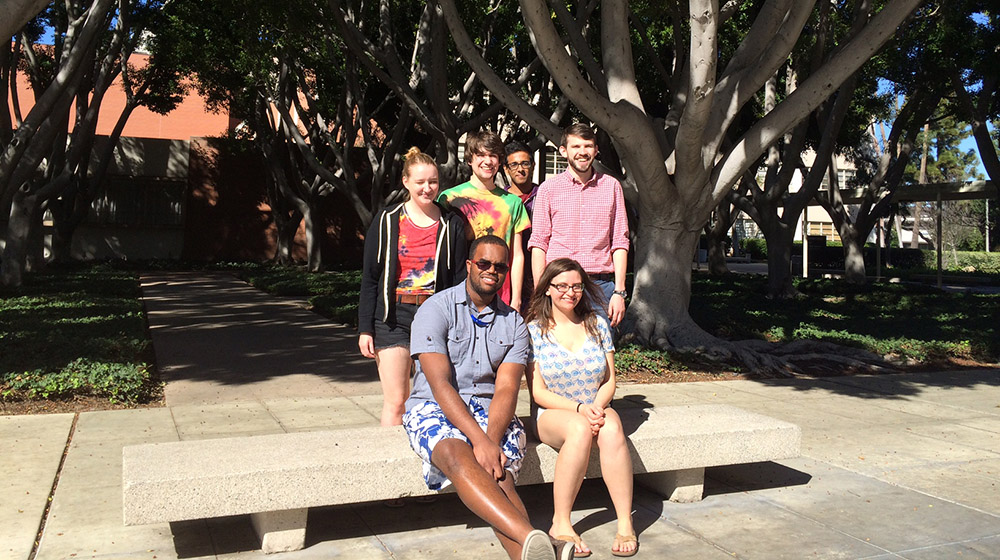 All three Loyola teams entered in the Winter at the Beach tournament, held Feb. 5-7, qualified for the elimination rounds. Aakash Balaji and his partner Richard Skinner each received a speaking award in the junior varsity division with Richard placing 6th and Aakash 2nd.

“Winning second speaker at CSULB was a surprising and rewarding experience,” Balaji said. “The tournament was a lot of fun and gave me an opportunity to learn by testing my critical thinking…However, I couldn't have done it without the team, which is not only friendly and accepting, but also super talented and helpful.”

Winners in the varsity division included Senior Joe Carroll and his partner freshman Brody Deihn, who recently received a first round bid to the National Parliamentary Tournament of Excellence. Other varsity winners were teammates Megan Nubel and Lucia Bennett.

“I'm very excited to have the opportunity to represent Loyola at the national tournament as a freshman,” Deihn said. “My partner and I invested a lot of time in debate this year and it’s very rewarding to see that hard work pay off.”

Bennett and Nubel will continue to represent Loyola on the international stage. Earlier this year, the duo competed in the Oxford Inter-Varsity tournament in Oxford England. This March they will compete in the Pan American Universities Debating Championship in Jamaica. Teams from North America, South America, Latin America, and the Caribbean will be in attendance.

Bennett, who is finishing her degree in Advocacy and Social Change commented, “I'm really looking forward to the final tournament of my debate career at the PUDC. Debate has been such a valuable experience and this opportunity to travel and meet people from all over the world will be a great send off.”