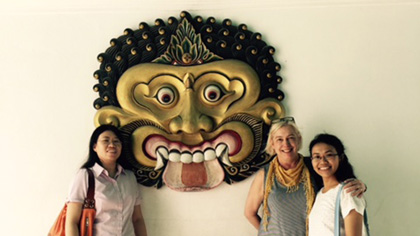 Professor Bren Murphy illustrates the importance of storytelling every day in her classes at Loyola, but recently she took that understanding of importance beyond Chicago to India and Indonesia.

At Loyola, she teaches a communication course that combines community service and storytelling. Her students work with local elementary school children as well as non-profit organizations to create their own picture books. Murphy said that the goal of the course is to explore the power of narrative to create a feeling of community, especially in diverse settings such as the Rogers Park neighborhood.

“Children’s picture books are often the first stories that children have access to, that tell them what’s normal, to explore dreams and hopes, to demonstrate who belongs together… what makes a family, what makes a neighborhood.” Murphy said. “The whole idea is to try to provide stories for the community that haven’t been told before.” For instance, one student wrote a book about a girl being nervous wearing her hijab to school for the first time. 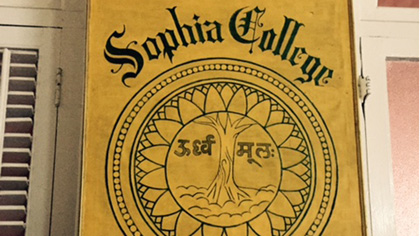 Murphy got the idea to export the course after talking with Sr. Ananda Amritmahal, RSCJ, the president of Sophia College in Mumbai who was here on a Fulbright Scholarship. Sr. Ananda said that the tradition of service learning wasn’t as strong in India as it is in the U.S. , and wanted to develop  more community engagement with her students, many of whom are quite privileged.

Murphy is also on the board of directors for Bookwallah, an organization that raises money to donate books and build reading spaces for children in India and Indonesia who are in orphanages or other special schools. She realized that if she could implement this course in other schools, it would benefit both the need for more children’s books and community engagement.

Initially, she was only going to travel to India to host a workshop at Sophia College, but Fr. Garanzini suggested she reach out to Sanata Dharma, a Jesuit university in Yogyakarta, Indonesia with which Loyola has close ties. She spent three days at each school to provide workshops for faculty members.

While traveling, Murphy visited bookshops in both India and Indonesia and saw the great need for children’s books. She was stunned at what was available, and said that at least half of the books were those that you would see in US or British stores, lots of Disney and other standard books. Those that were about India or Indonesia, Murphy said, were mostly folk tales or religious stories. There was nothing about people’s normal lives. “The need is definitely there.” she said.

There was great interest from the faculty in starting classes like the one she teaches, but Murphy said it would take time for the courses to be formed and approved. Fr. Garanzini is also interested in creating centralized workshops in places such as the Rome center or Singapore for teachers to come and learn about the course and how to implement it. 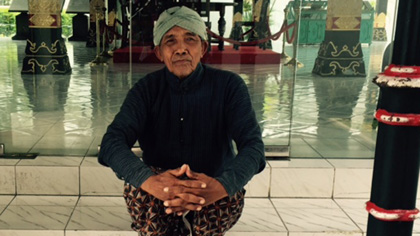 Murphy said the trip renewed her sense of the importance of children’s literature as a way of understanding the world and our connection to it. She said that on both of the campuses she visited, you could not be isolated from the poverty present in both cities. “Just the notion of paying attention to the people we walk by every day and don’t notice, or try not to notice because it’s uncomfortable, and to try to tell more stories like that I think is something that was renewed in me and strengthened in me.” she said.