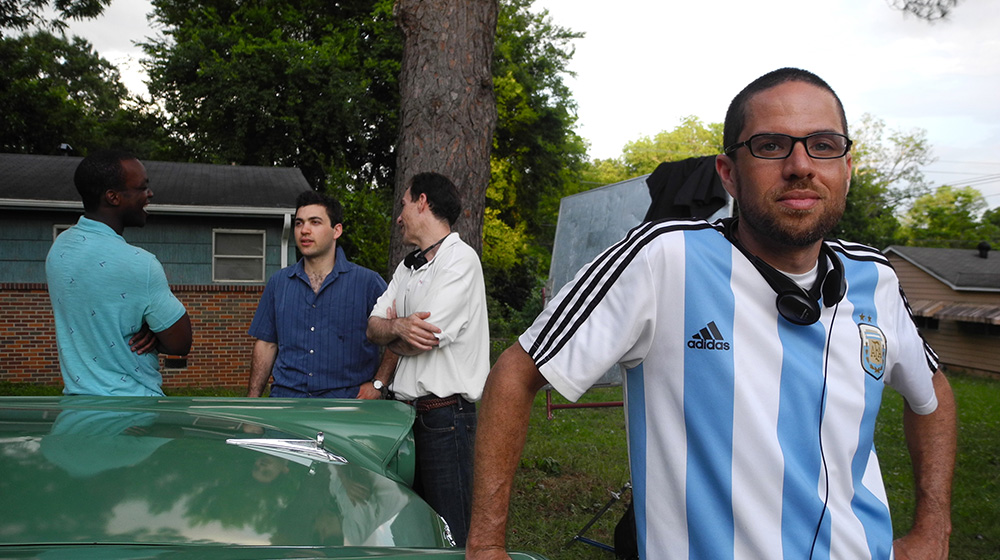 Loyola School of Communication faculty practice what they teach.

The film chronicles a young white student who’s attending Meharry Medical College in the 1960s, where he’s one of only two white students in a historically black program. Written by Panitch, it’s loosely based on his the experiences of his father, Norman Panitch’s during the mid to late ‘60s.

With principal photography completed, Greer and Panitch now need $18,000 to finish the film. They are using Kickstarter, where donors can pledge anywhere from $15 to $5,000 and beyond. Rewards include special downloads, sneak previews and more.

To get to this point in the filmmaking process, the two filmmakers previously crowdfunded on Indiegogo and raised money through the University of Alabama. Panitch said it also helped that most of the cast and crew worked for a reduced salary.

“The entire company ultimately was living what Meharry Medical College preaches,” he said. “Keith David, who is one of the busiest actors right now working, did so out of respect to Meharry. From our performers, down to our interns and production assistants, people were working for nothing or next to nothing.”

‌Panitch said it was really phenomenal to see people work for a quarter of their normal paycheck, but he knew it was because of the influence of the medical school and its mission.

“The effect of that school on everyone, I think it lends an aurora to the project that I hope comes though in the actual film itself,” he said.

Although the film is now in its final stages, Greer said Service to Man first got started in 2008 when the two men were working together in Cuba. Panitch was directing a play, and Greer was shooting a documentary.

“Eight years ago, he pitched the idea to me,” Greer said. “He started slowly writing the script while he had many other projects going on. And then with my encouragement, he shopped the script a little bit in Hollywood. He did get some interest, but nothing happened with the project. Ultimately we said, ‘Let’s do this now.’”

According to Greer, Panitch, while being an “L.A. kid,” comes from a mostly theater background. Part of the reason they decided to work together was Greer’s experience with film.

“He always saw this as a film and not a stage play,” Greer said. “For a variety of reasons, it wouldn’t work well on the stage.” 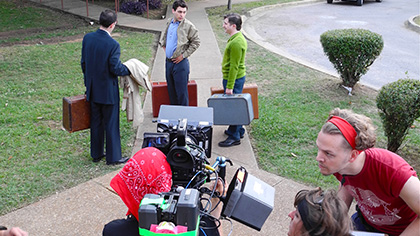 “And I think it was a benefit for us,” Panitch said. “One of the actors, Michael [Dubois],said how nice it was to work that way. The division of labor was clear, and he didn’t feel confused by the direction he was getting.”

“It felt intense,” Greer said. “It was a 25 day shoot over a 30 day period. We basically had Sundays and Memorial Day off. But while shooting was a really intense one-month period, there’s still work to do after.”

The shoot took 25 days, but the film spans an entire year of medical school, drawing from real-world events. 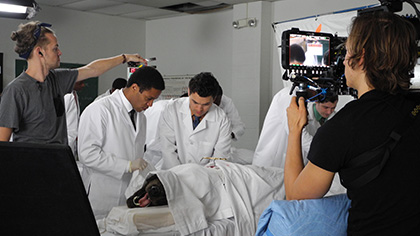 “If you didn’t know it was true story, it would still be intriguing,” Greer said. “But knowing it’s based on some reality, for the audience, it makes it that much more meaningful and impactful.”

But because they weren’t filming a straight retelling of someone’s life, Greer said it allowed them some artistic license to give the story greater impact.

Panitch said his father understood the need to slightly change or alter some aspects of his story.

“He was fine with it,’ Panitch said. “He understands what a writer does, and he was always very supportive of this project. Even still, some of the stories from his time in medical school I was able to use verbatim.”

Greer and Panitch set an Oct. 1 deadline for their Kickstarter fundraiser.