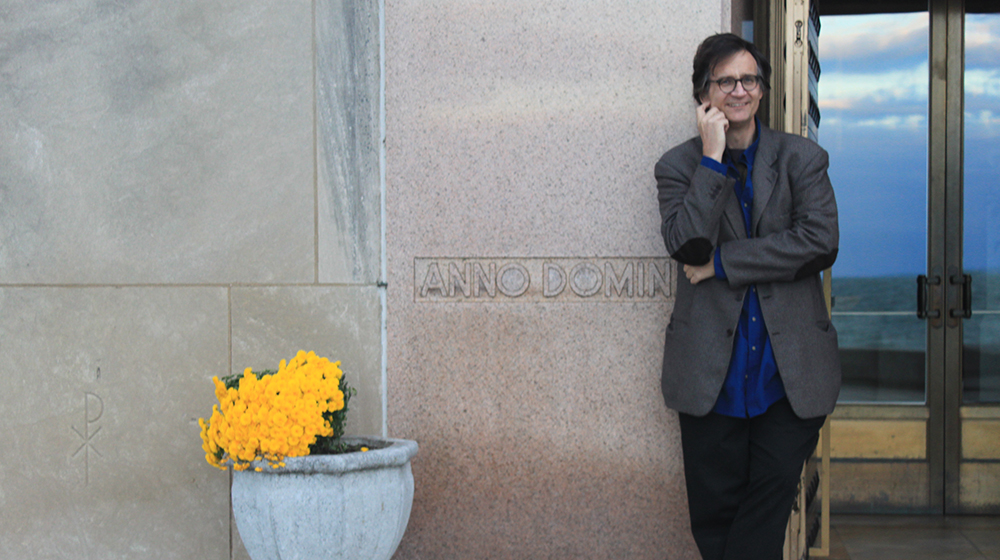 Perhaps the phrase applies to his life as well.

The 1980 Loyola graduate’s eccentric Rogers Park apartment is cluttered with stacks of research from biography projects and piles of magazines—some with his own byline inside. He meanders through a barrage of thoughts before circulating back to the reason why he began speaking, although his interest never fades.  In spending most of his career interviewing popular culture’s most private stars, he has become sort of an elusive icon himself.

Zehme is famous for being granted exclusive interviews with celebrities that other writers find out of reach. He is best known for authoring “Intimate Strangers: Comic Profiles and Indiscretions of the Very Famous” as well as the biographies of legends Frank Sinatra, Andy Kaufman and Jay Leno.

His haphazard prose aims to emulate the feeling of his subjects so that his articles may offer a unique, intimate portrait of celebrities. This distinctive way of composing a story earned him the 2004 National Magazine Award for Profile Writing and the trust of underexposed stars.

Although, Zehme can’t exactly pinpoint how he achieved such notoriety.

“Life is a tidal wave. It’s a wave you’re caught in and the waves have just taken me where they’ve taken me. I wrote something for Rolling Stone and then someone took a chance on me writing the cover story [about Robin Williams],” he said. 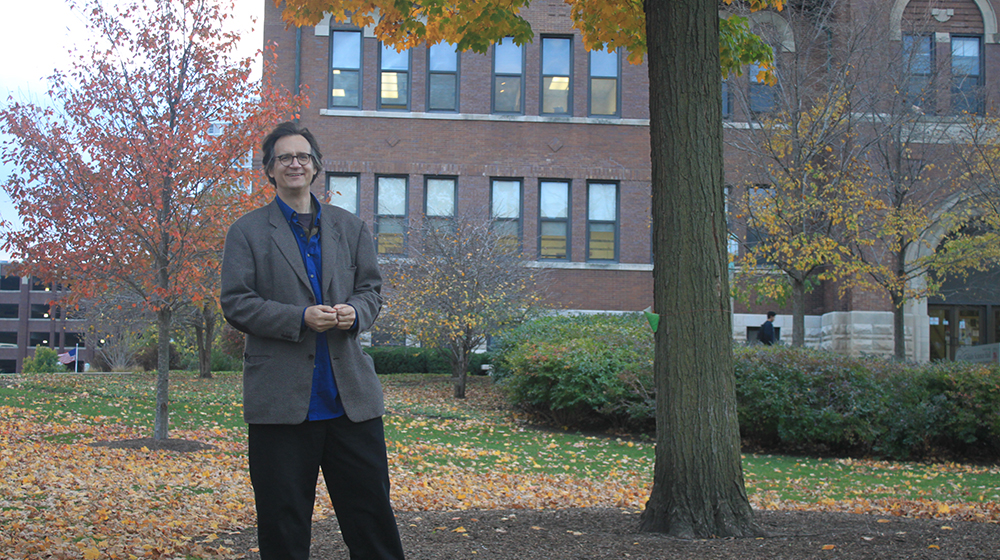 In college, Zehme befriended John Slania, who graduated in 1979 and is now the School of Communication Associate Dean, much to Zehme’s shock. The two hosted an old-time radio show, called the “WLUW Radio Mystery Show,” a hard-boiled detective serial complete with sound effects.

Shortly after graduating, or as Zehme prefers to call it, “escaping,” he wrote Slania, who was working as a newspaper reporter, asking if he knew of any job opportunities.

“Here’s a guy who wrote me a letter back in the early ‘80s asking for a job who ended up becoming this famous guy who wrote all these great books, had a talk show on TV [and] was on all the big shows,” Slania said. “So it’s ironic that he would ever ask me for a job when I should be asking him for a job. He became the famous one.”

Besides voicing characters at WLUW, Zehme was also involved in the Loyola Phoenix during his undergraduate career. Even then, he specialized in tracking down high-profile people in Chicago and also created a column titled “Snafu.”

“He did these really amazing articles, particularly one on Playboy interviewing Hugh Heffner,” Slania said. “He was just a really funny, really creative guy.”

But Zehme’s unconventional ways and distaste for structure often made him feel frustrated with the limitations of being a student. Deadlines continue to plague him in his adult life, as they tend to hinder the creative process.

“I’m generally an abuser of deadlines,” Zehme said. “I’m so late with this Johnny Carson [biography] it’s like I’m setting a new record for being late with a book. At this point I’m looking at the Guinness Book of World Records to see how many years it will have to be before I [set the record.] ”

Zehme signed a contract to write Carson’s biography 11 years ago.  Among other delays, Zehme spent a few years being a full-time patient, unexpectedly, and had to put the book on hold.

“At this point, a world record is something to shoot for…It is the best way to accomplish something with regard to this project,” he said.

In addition to delving back in to Carson’s biography, Zehme is currently writing profiles for Chicago magazine; it is actually the first time he has written for a local monthly magazine rather than a national one. Previously, he was employed by Playboy, Esquire and Rolling Stone, to name a few.

Zehme, the professional profiler, struggles to describe his own complexity.

“I have the disposition of a psychoanalyst,” he said. “I can talk to people. I like to ask questions. I like to fathom what it’s like to be them. You have to be very empathic. You have to be ready to understand what people are about. I strike some sort of a balance where I can play with people and at the same time, ideally, they reveal things about themselves.”

With his profiles, Zehme tries to tap into larger sociological mysteries.

“It’s like these people are a palate and I go and make these paintings of their personality. Why do we care about some of these people? It says something about all of us. And I learned everybody’s a little [messed up]; everybody’s got something—some little thing that motivates them and frightens them,” said Zehme, all in one single, delightfully haphazard exhale of words.