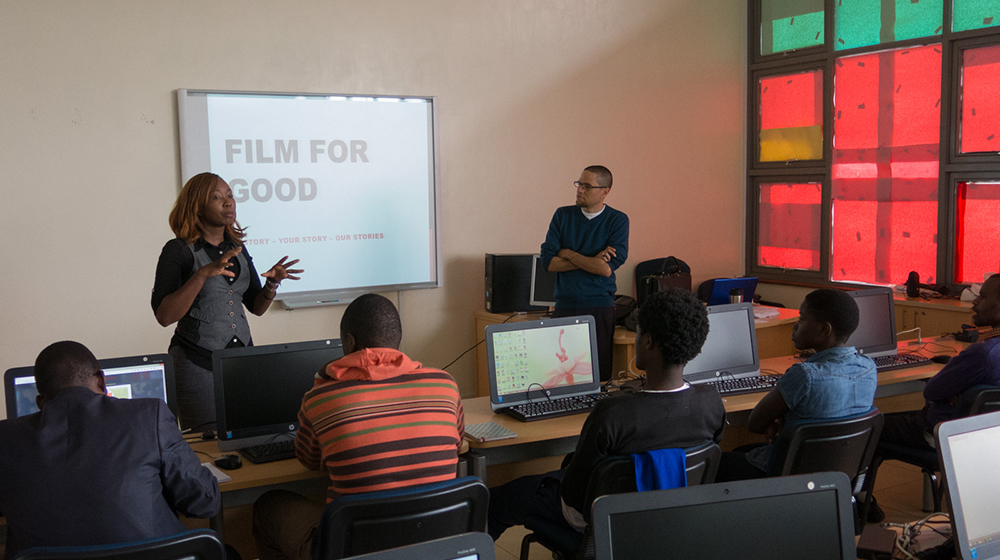 Loyola has campuses in Chicago, Italy, China and Vietnam, but two School of Communication faculty members recently extended the university’s reach to Kenya.

Manager of Technology Jamason Chen and Associate Professor Aaron Greer traveled to the East African country’s capital of Nairobi to teach a two-week filmmaking program called the Film for Good Workshop. Partnering with three schools in Nairobi, Chen and Greer guided about 15 to 20 young professionals — many of whom had graduated college — in the production of short social justice films.

“It was a really diverse group of students in terms of their interests, skill levels, backgrounds and their professional backgrounds,” said Greer. “I was really surprised by how talented the group was, and how entrepreneurial they are.”

Njeri Mbure, a professor at Tangaza University College in Nairobi, worked with Greer to instruct the workshop while Chen provided technical assistance. Although Greer and Chen were the only staff to represent the School of Communication in Kenya, Loyola supported the program from Chicago, too.

The initiative came about due to the long time work in Nairobi by retired faculty member Kay Felkins, who has traveled to Kenya for many years working one educational initiatives.

Chen, Technology Coordinator Andi Pacheco and TV Studio Manager Jim Collins also organized and prepared no longer used equipment  which was taken abroad and donated to to the Catholic University of Eastern Africa, where participants in the program — alumni of St. Aloysius Gonzaga High School, a Jesuit secondary school for AIDS orphans — worked to complete their projects.

Using the equipment, members of the workshop went through the entire production process; they conducted interviews, filmed video and edited sequences together.

“These students are from the slums. So the good thing is … they tell their own stories about the slums and look at their own community using film,” said Chen. “Especially with the technology we provided for them, they’re excited.

At the end of the two-week workshop, the donated equipment remained in the Catholic University of Eastern Africa’s newly created media center for students to use. Although those taking part in the Film for Good Workshop were not students at the university, Chen said he discussed a rental program with administrators that would grant the young professionals access to the equipment.

Greer said the goal for the equipment was to provide university and community members with the resources they lacked to produce quality films.

“They want more training, [and] they want access to more resources,” said Greer. “They’re concerned about how they’re going to access the stuff we brought moving forward. Because they want to keep working, keep pushing, keep learning. So that was great.”

Chen and Greer said the trip was a valuable experience. By the end of the two weeks, members of the program completed four short films.

Chen said the work ethic and dedication that he saw in Nairobi made the trip worth it for him. Workshoppers stayed at the facility overnight some days to continue working on their projects, and Greer said that was one of the reasons he enjoyed the trip.

“Often, older or returning students are fun populations to work with because … they know what they want, and they’re there to get it,” said Greer. “That was one of the nice things about working with this group, is that they all selected to be there. Some of them took off work just to do this thing. So they’re really committed to it and to each other.”

But the trip wasn’t without problems. In one instance, Chen and his group were caught in a political protest in the middle of Kibera — Nairobi’s biggest slum, which is home to 60 percent of the city’s population on 6 percent of its land, according to Kibera UK.

Protesters falsely believed Chen aimed to take pictures of their rally, prompting them to become frustrated and angry, according to Chen. He handed the camera off to a member of the workshop and ran to safety as the protesters walked in his direction.

Although Kenya and much of the rest of Africa is misidentified as full of poverty and famine, Chen said Kenyans live quality lives full of love and laughter, just like Americans. But that incident was a microcosm of the safety issues present in Nairobi, and specifically Kibera, according to Chen.

Other than wanting to finish their work, members of the program stayed at the university facility overnight to avoid walking home late at night for safety reasons. But Greer said he was nice to see how they overcame those obstacles to find success in their professional lives. 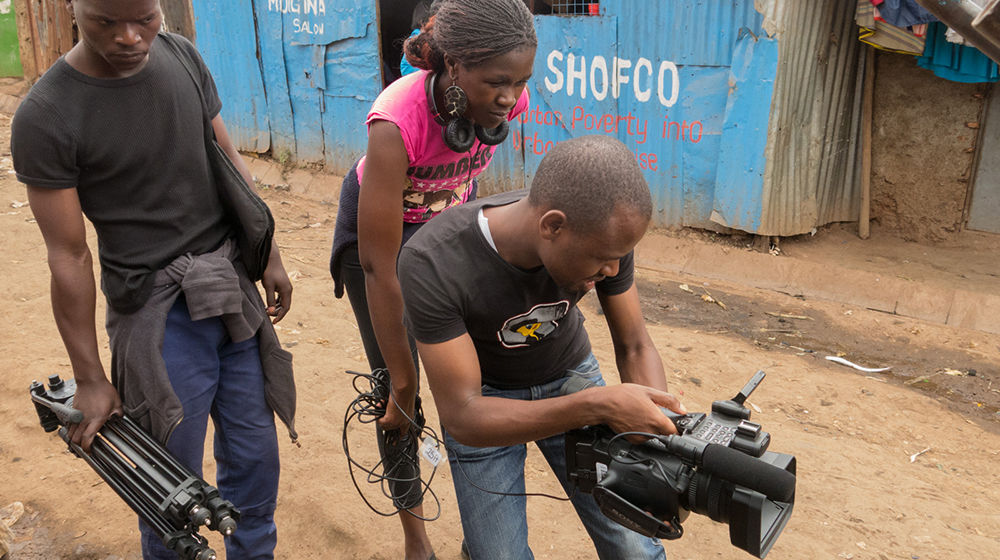 “They all come from a pretty tough environment, so the way that they are able to figure out school, or figure out work or how to create work [is impressive],” Greer said.

Chen said although the workshop was a good start, there still is work to be done and challenges to overcome. Many companies and organizations around the world ignore Africa in providing resources for educational and professional advancement, according to Chen.

He said that with slow and limited Internet access, and many Apple services not available in Africa, students have an uphill battle to climb.

“If you’re in Africa, how can you move on the same step as the rest of the world? If Apple doesn’t provide service to you, [that means] you’re forgotten,” said Chen. “Even if you want to communicate with the educational network around the globe, [you can’t] because you don’t get service from Apple.”

Chen and Greer both said they aren’t sure if or when they’ll return in the future, but both hoped they would soon to continue the work that they started.

“Hopefully this will start a new direction for the university as well, because the university is now seriously considering creating a media education program with other universities working together,” said Chen. “We emphasized, we aren’t just giving this to your university, you’re just a platform. We just put the resources in your university with the hope to serve the whole community.”