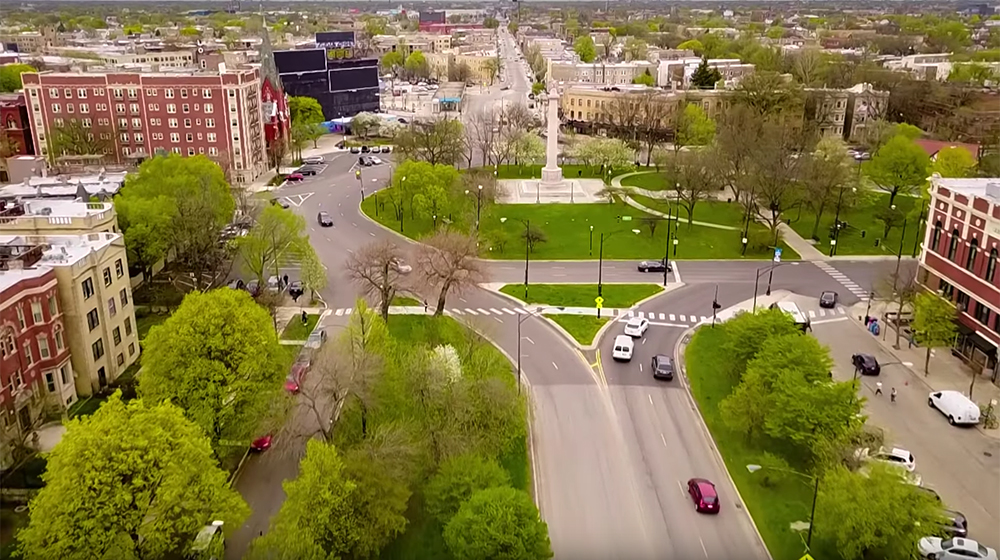 The ink on his degree is barely dry, but Timothy McManus already is gaining notoriety for a short documentary he shot while studying at Loyola University Chicago’s School of Communication.

McManus, 30, produced a nine-minute documentary focusing on gentrification as part of his capstone project for his graduate program in Digital Media and Storytelling. McManus received his master’s degree from Loyola during the May 11 School of Communication commencement.

The documentary discusses the gentrification of Chicago’s Logan Square neighborhood, and how new development is raising rents and making it difficult for longtime residents to stay.

“I moved to Logan Square when I enrolled at Loyola, and from the first day, I saw evidence of gentrification,” McManus said. “The changes were dramatic. I saw three-story condos replacing working class homes.”

McManus, from Austin, Texas, studied at Loyola because he was drawn to its social justice mission. He felt the Digital Media and Storytelling master’s program enabled him to examine social justice issues through documentary filmmaking.

Gentrified: Losing Logan Square was recently featured in an article on Chicagoist, a news blog.

The documentary can be viewed here: https://www.youtube.com/watch?v=0rFRichsqaY&t=3s