Honoring the life of Melissa Beck-Boratyn 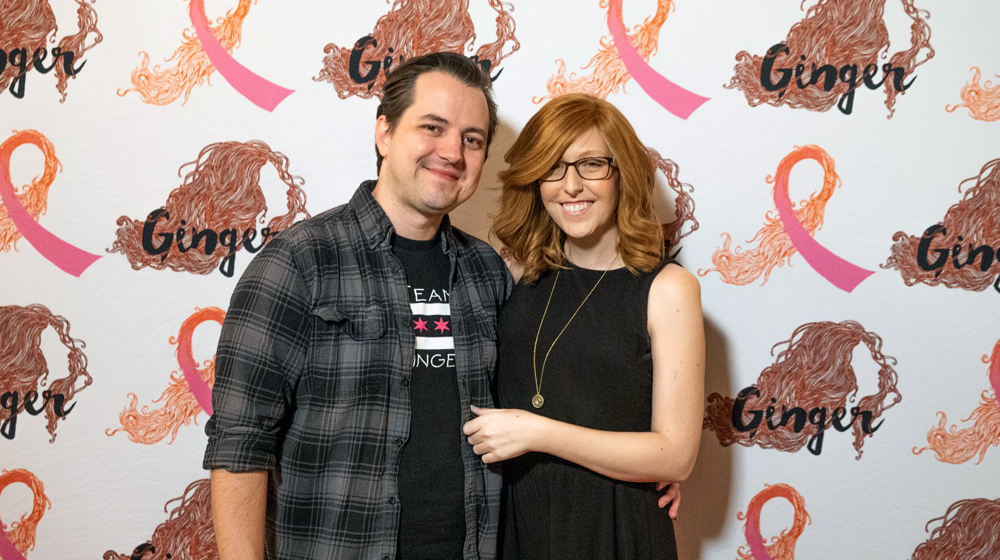 Melissa Beck-Boratyn and her husband, Jimmy Boratyn, chronicled her battle with cancer in the film, _Ginger_.

Melissa Beck-Boratyn earned her bachelor’s degree in International Film & Media Production from Loyola University Chicago and a Master of Fine Arts degree in Cinema Directing from DePaul University. At just 23 years old, she received her first breast cancer diagnosis and went through radiation and chemotherapy. At the age of 25, her cancer returned, and she underwent a double mastectomy. At 28 years old, she received a diagnosis of terminal cancer. She passed away on June 21st, 2020 after a long battle with this terrible disease.

In her 32 years, Beck-Boratyn did many incredible things. She started and co-owned Shot Time Productions, a multimedia production company she ran with her husband, Jimmy Boratyn. As part of her senior thesis project at DePaul University, she co-directed, wrote, and edited Ginger, a film based on her cancer diagnosis. The film was created to support all people impacted by breast cancer.

I planned to live long enough to see my 30th birthday, and I decided to make a movie that captured all of the pain, suffering, humor and love that comes along with this disease. Ginger is first and foremost for all people who have gone through and will go through the horrors of breast cancer diagnoses and treatment. If my story can help empower at least one person, then it will have been successful. My hope, however, is that Ginger will move and inspire audience members with its message of hope. There is nothing more valuable than the ability to find gratitude in the beautiful things in life. And while illness might make life harder, it does not limit or invalidate the meaning of each and every waking day.

The film won numerous awards and continues raising money to support various organizations dedicated to fighting cancer. You can learn more by signing up for the Ginger the movie mailing list at the bottom of the movie's website, gingerthemovie.com.

Jimmy Boratyn stressed the importance of the impact of this film:

We have seen how Ginger has impacted the lives of people struggling with cancer (both thrivers and their loved ones) by giving them a voice they can relate to on screen. Melissa had a passion for art and a dream of impacting people's lives with her filmmaking. That is what I fell in love with when we met as undergrads at Loyola in Intro to Video Production. We will continue her mission to make films and other multimedia that helps support and educate people who are fighting cancer as well as their loved ones. We've also done live screenings with healthcare professionals and people working with nonprofits to build community and remind people they are not alone.

Jeff Harder, Associate Professor of Film and Digital Media at Loyola University Chicago’s School of Communication, worked closely with Beck-Boratyn on projects throughout the years. Harder expressed his amazement at just how hard Beck-Boratyn always worked on a film. She had an eye for editing that others may not realize, if they only knew her as a director. He remembers working as the director of photography on her film, Ginger, and learning that she had just been diagnosed with metastatic, terminal breast cancer the day before they started shooting that film. 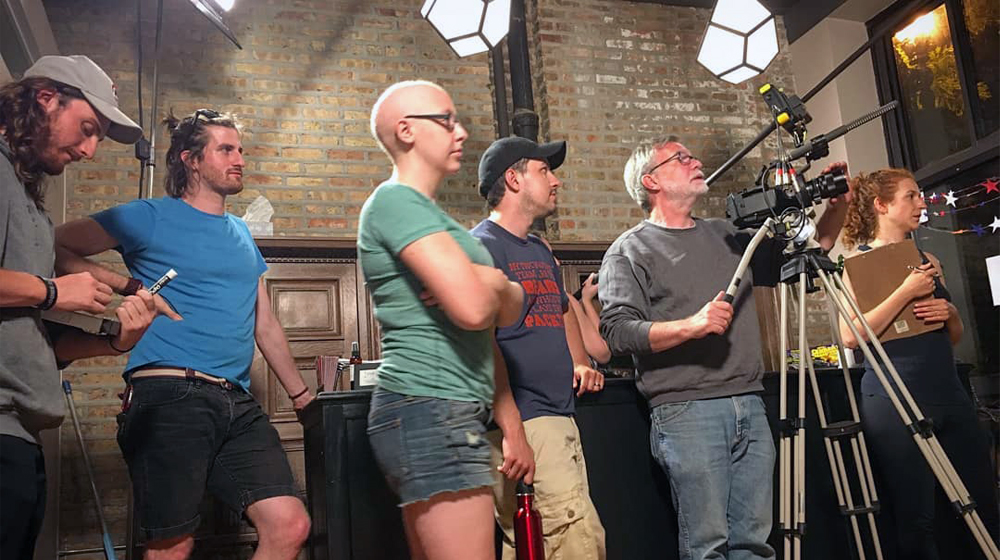 Ginger was a big movie with a micro budget. It was a very intense process, a long process. It was amazing that she was undergoing treatment for her cancer during it. She just had that ability to carry on. She was incredibly determined, such a strong person. The director has to have a positive attitude on the set. Everything they do communicates to everyone around them. And her ability to do that is what made this film possible. Her ability to carry on over several years to accomplish this task is just incredible.

Harder continued, “Her big asset was that she had a really humane, engaging personality when she was talking to these people. You could tell that they had common trust, they were truly working together. Very organic at responding and working with these people. She was a great director.”

Melissa also worked side by side as a co-director with her husband for the entire film. They worked together 24/7 and were a true team. In Harder’s opinion, “Having co-directors is not necessarily considered an advantageous way to do things. That tells you something about their cooperative nature. You would have to have a very symbiotic relationship to be able to go onto a set and divide the labor, come to an agreement, and get it done. They were a team from the get-go. They got together at Loyola, and became a team.”

As the film got bigger, and the tours and premieres went to different cities across the United States and around the world, the audience reaction was remarkable. As Harder puts it, “People who had breast cancer, who were survivors, it was really profound to see these people talking about the film and how important the film was to them. Getting an award is nice, but maybe the most important thing was seeing how moved these people were to see the film, people who had maybe lost a mother or sister to breast cancer.”

As important as that film was, Melissa was also heavily involved in breast cancer organizations like The Breasties and Stupid Cancer, where she made many friends. She spoke at the Making Strides against Breast Cancer event at Soldier Field, which raises funds and awareness of breast cancer through the American Cancer Society. And in February 2019, she walked in New York Fashion Week for lingerie brand AnaOno, which makes clothing by and for women living with breast cancer. Her walk on the runway helped raise $100,000 for cancer research.

Her husband remembers the trip to New York City fondly and has many favorite moments:

Seeing her walk the runway, scars shown proudly, with dozens of photographers and a completely packed room, was a very proud moment. Melissa's favorite moment was probably when AnaOno said she could keep the shoes they gave her to walk the runway in! A very cool moment was when we were at this super cool night club (way too cool for us) where the fashion show after-party was taking place and Susan Gordon (the star of Ginger), happened to be in the area and joined us at the nightclub. We took many selfies and kept the champagne flowing. It was a great trip.

Melissa Sherwin, a longtime friend and colleague of Jimmy and Melissa Beck-Boratyn, actually met them when they both applied for the same student worker job at Loyola. Only one video marketing position for students was open, but Sherwin liked them both so much that she found a way to hire both of them. Since then, they have traveled the world together working on video shoots and managing the Melissa & Jimmy Boratyn Foundation, an organization dedicated to supporting and empowering those impacted by breast cancer through the art of cinema.

Sherwin described Beck-Boratyn as "thoughtful and smart but funny and silly at the same time. She had the ability to see a beautiful moment in any scene, just walking down the street, like the way the sunlight hits a bicycle leaning against a pole." They went on trips together to Botswana, Costa Rica, London, and many other places. She was adventurous and fun-loving everywhere they went, even being willing to go shark-diving in New Zealand. Sherwin describes a particularly busy and wonderful trip they all took to Florence, Italy. Sherwin and Jimmy Boratyn spent long 14 hour days shooting, and then they would come back to join Beck-Boratyn for lavish Italian dinners followed by gelato and relaxation. 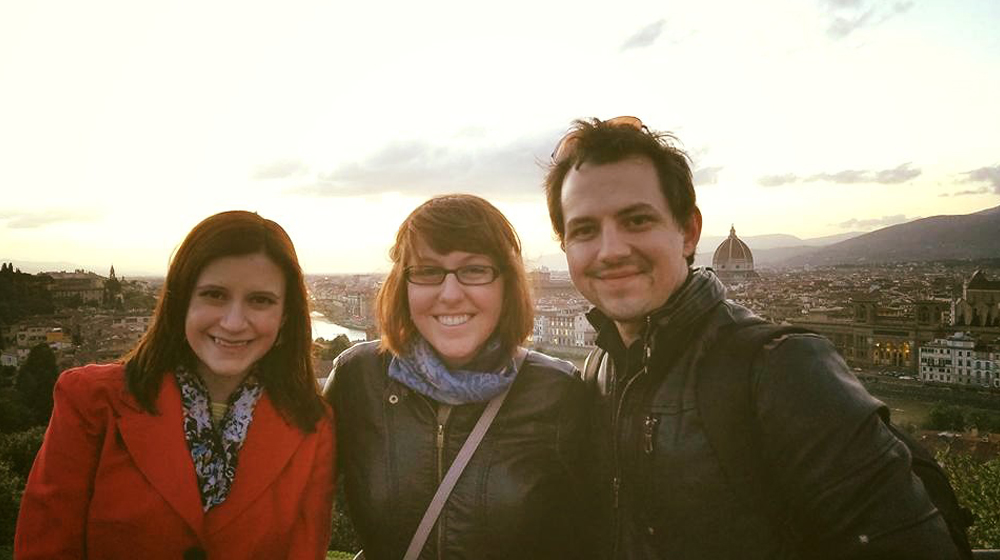 Sherwin said Ginger had an incredible impact on its audiences:

Melissa wanted to share her story in a way that made people realize they weren’t alone. When she was first diagnosed, one of her initial challenges was that she was so young. It wasn’t always easy to relate to other women living with this disease. At screenings all over the country, Melissa met people who had it, or who love someone who does. And after her metastatic diagnosis, she really wanted to raise awareness for Stage IV cancer. It’s the only kind you die from. It was really important to her that cancer fundraising money truly goes towards research.

Beck-Boratyn was an advocate for supporting organizations that do good work with the money they raise, especially when so many breast cancer organizations seem like a good cause, but in reality only give a small percentage of their funds to cancer research. She truly believed that supporting research, particularly for Stage IV cancer, is the only way we will find a cure. According to her husband,

Melissa firmly believed that there will be a treatment for cancer one day. She fought to bring awareness to the fact that most of the funding received to research breast cancer (and cancer in general) goes toward early detection and early stage treatment, and often overlooks those who are metastatic or stage 4 (specifically the type of cancer that kills people and sadly killed Melissa). She tried to be a voice for those who have been told that there is no end date for their chemotherapy or immunotherapy or clinical trials because #stage4needsmore.

For those interested in supporting Melissa and Jimmy’s work, the focus must be on funding research:

Melissa fought so that we could get one small step closer to making metastatic cancer a chronic illness rather than a terminal one. Melissa's favorite nonprofit was Metavivor, which has a lot of great information about how they're working to fund research for metastatic cancer, and the nonprofit we began starting together, the Melissa and Jimmy Boratyn Foundation, which will aim to continue that advocacy and education to keep Melissa's legacy alive. 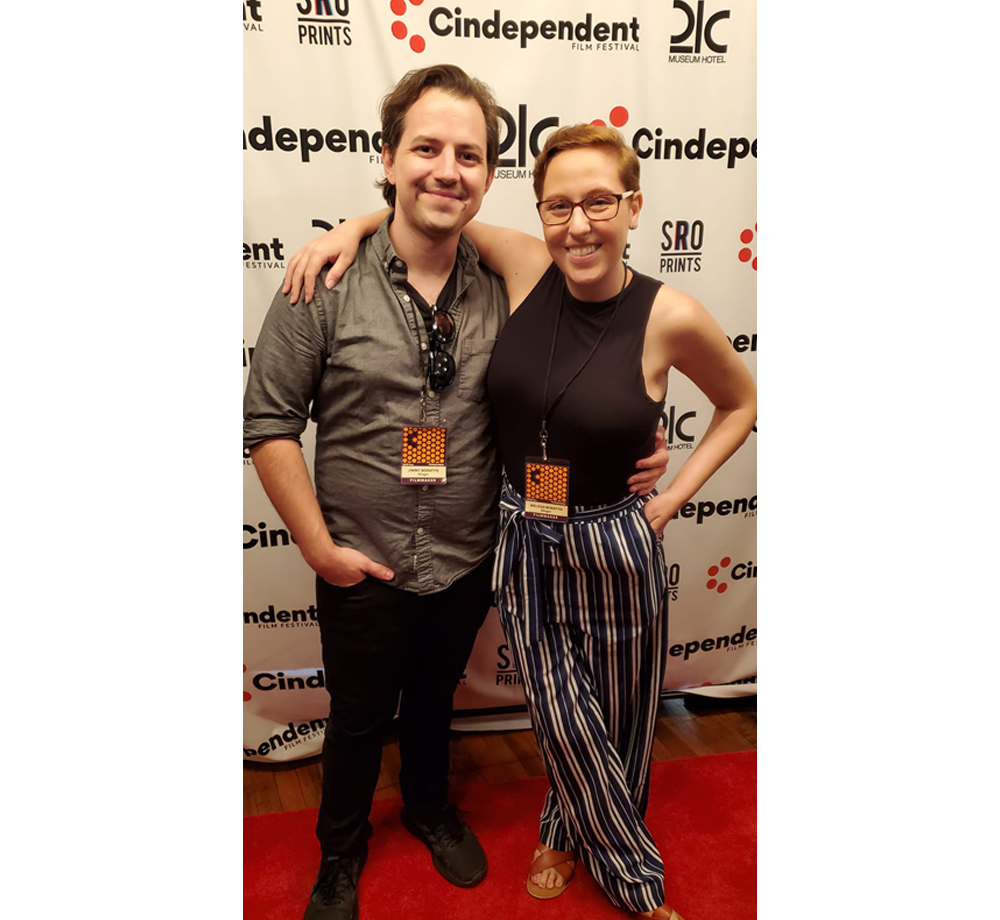