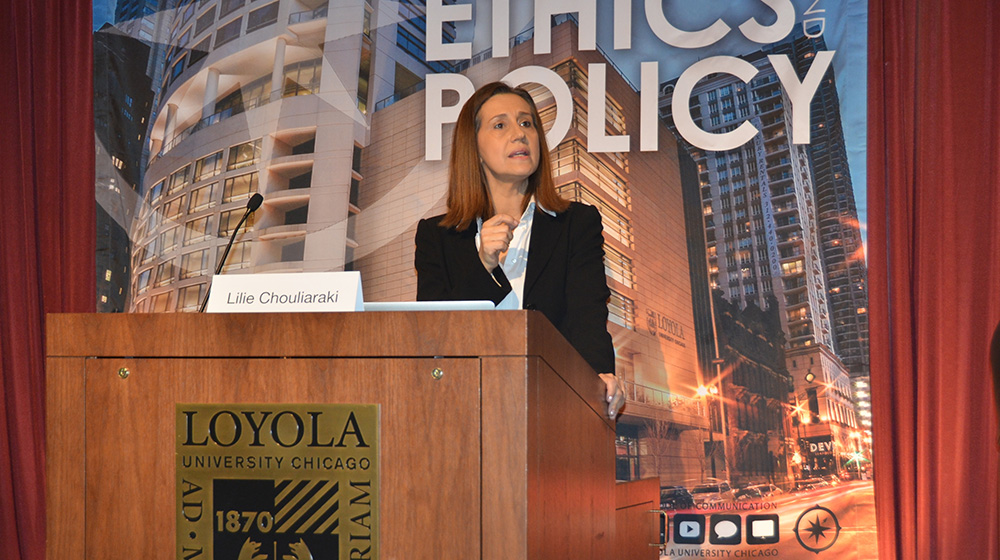 Scholars from across the globe traveled to Loyola University Chicago for the sixth annual International Symposium on Digital Ethics to discuss moral behavior as technology rapidly changes.

Speakers presented their research on topics ranging from the right to be forgotten to the discontents of snapping selfies at funerals. The dialogue revolved around making sense of the seemingly lawless digital world.

“We invent things faster than we understand them,” said Don Heider, founder of the Center for Digital Ethics & Policy and Dean of the School of Communication.  “Technology presents new opportunities for good behavior and bad behavior. But oftentimes the people inventing the technology haven’t thought through completely what the implications of the technology are.” 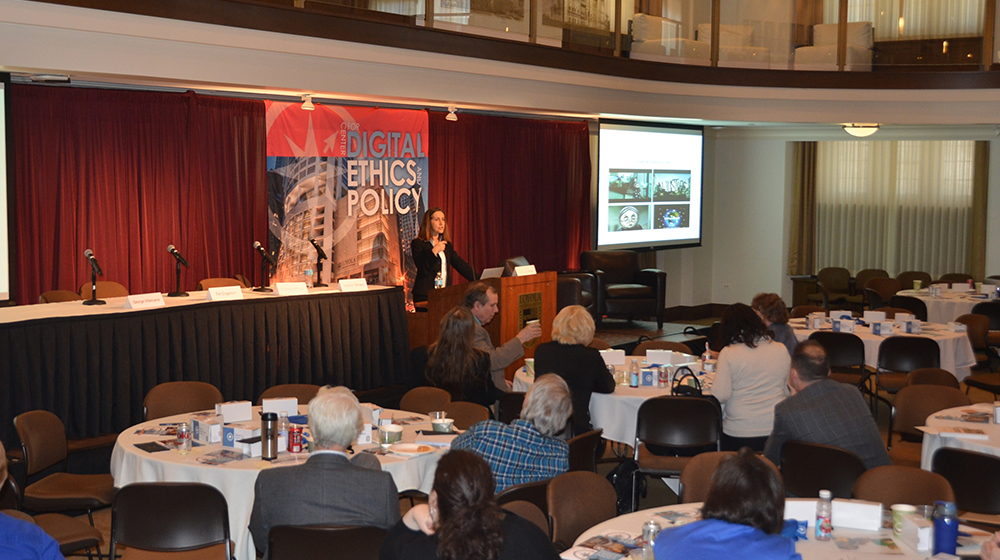 Keynote speaker Dr. Lilie Chouliaraki, director of the PhD program and Professor of Media Communications at the London School of Economics and published author, spoke about how Western countries make a spectacle of other people’s suffering and how we should approach distributing empathy over digital media platforms.

Distant on-screen suffering “Persistently raises the question of ‘what to do,’ only for us to keep evading it in our everyday lives,” she said.

The symposium gave students the opportunity to consider the social responsibility they have as both individuals and media professionals in a changing world that has presented a number of ethically ambiguous digital platforms for creating change.

“Privacy on the internet is an interesting topic especially for our generation because we’re always posting things on social media,” said sophomore journalism major Flavia Festa. “Now that everything is on the internet and everything is international, you kind of have to filter what you decide to put out because it’s going to be there forever. You need some moral rules to follow…and it’s nice to hear from people who can talk about the topic from a different perspective.”

Dr. Julie Carpenter presented her research on robots and the complications surrounding their advancements. She sees terminology as supremely important, citing the military’s shift away from the term “robot” in reference to drones because it frightens people, and bringing up the conflicts that come with assigning robots a gender.

The use of robots has the potential to shape our social world as well as the technological world. “As we spend more time with robots, our expectations and interactions will change,” she said.

Because digital ethics is a fairly new branch of philosophical inquiry, nobody has the answers about what is right yet. But Loyola’s symposium did highlight digital practices that were wrong.

“Laughter both coheres and cuts,” said researcher and published author Whitney Phillips at the symposium. She elaborated on how internet memes may have different meanings in different circles, which can unintentionally produce racist discourse, specifically citing Harambe memes, which implied that the life of a gorilla could be valued more than black lives.

Even though participating in social media is a fairly thoughtless process, it has a high potential for producing negative implications, Phillips emphasized. Just because the technology is easily accessible does not mean that it ought to be used carelessly.