With the collapse of the news site DNA Info, Chicago neighborhoods like Rogers Park and Edgewater were left with a gaping hole where local news once stood.

Loyola’s School of Communication is trying to fill some of this role by creating a student-run neighborhood news bureau. The bureau reports on local news in Rogers Park and Edgewater on its website rogersedgereporter.com

Michelle Mortimer, a senior communications studies major and women and gender studies minor, is currently a student in one of the three news bureau classes this semester. She said she originally took the class to fulfill her writing intensive and communication elective requirements. 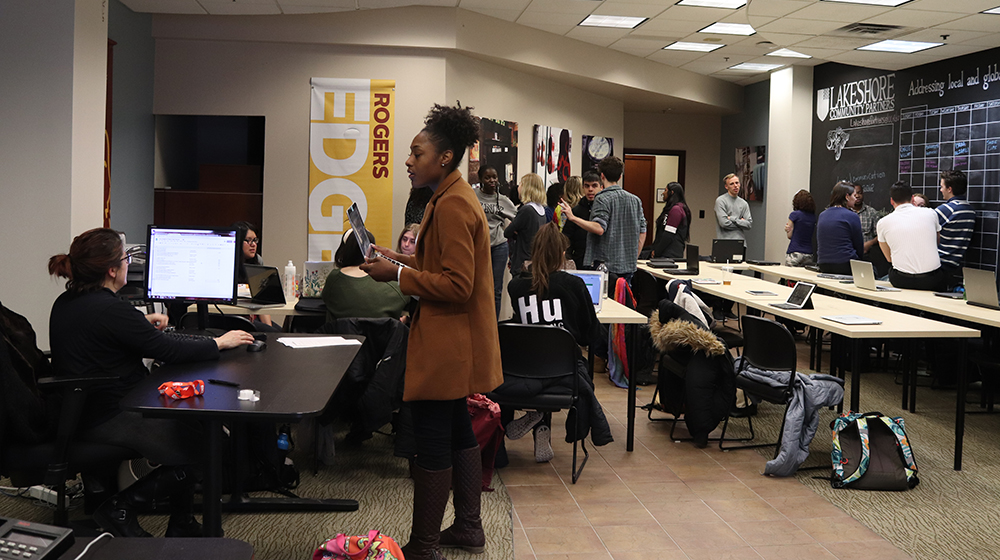 “I thought it was going to be this boring reporting class, but it’s taught me how to write concisely. That’s helpful for clarity,” Mortimer said. “A lot of writing classes are long, [but] the writing intensiveness isn’t about the length but the challenge of writing powerfully.”

Mortimer said her career will involve creating content for websites, so this class has been applicable and helpful. Mortimer said she thinks the bureau’s website will be a great way for the local communities to also learn about Loyola news since the university is a large part of Rogers Park.

“I totally think this website is valuable. Especially for the people in the neighborhood,” she said. “I think it’s a really good way for them to see what’s going on in our little Loyola bubble without having to jump into the Damen Student Center.”

Two of the lectures this semester are taught by Patricia Lamberti and the other lecture is taught by John Carpenter. Carpenter will be the Bureau Chief beginning this summer. 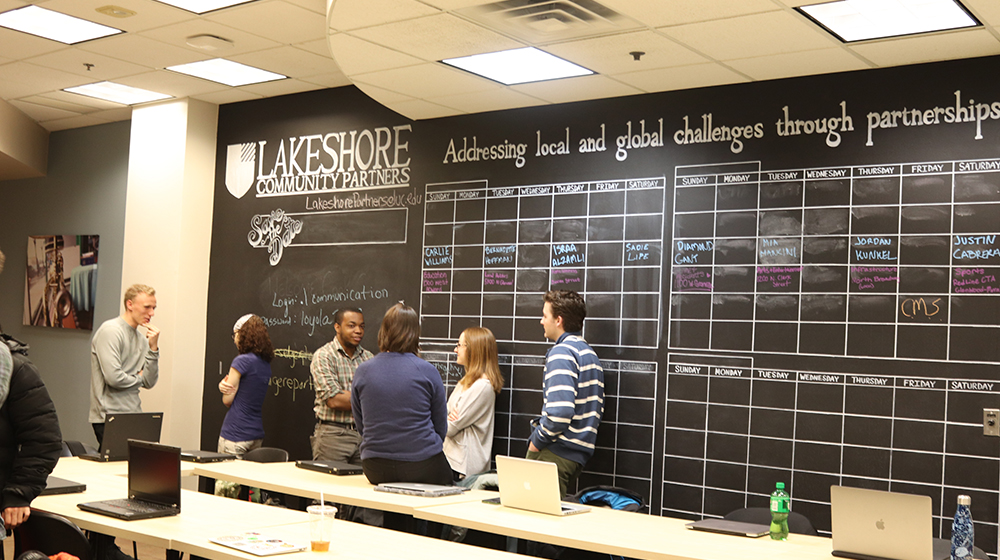 Loyola has been partnered with Senn for around five years now and had built a news studio for the school to produce SennTV, a report of the school’s news, in the past. The news bureau is the newest addition to this partnership, and the students will be paid an hourly wage for their work and money for each story published to the website.

“I hope it shows them that they have the ability to report on stories people want to read outside of the school,” Cullinane said. “I also think reporting on neighborhood stories which are relevant outside the walls of Senn High School will be important … the community could benefit and learn from it and it would be great.”

Cullinane also said he is excited for his students to work at a faster pace than they experience in the classroom. He said his students will have to learn a slightly higher level of responsibility because it is a paying job, but they have shown they are responsible and strong students.

Cullinane was also once a student at Loyola and graduated with a master’s in digital media and storytelling. Cullinane said Lamberti was an impactful professor while he was at the university.

Lamberti said she was first a little nervous to teach in the news bureau because of the logistics of having high school and college students learning in the same class, but it worked out well.

“It ended up working out great,” Lamberti said. “The Senn students see the college students as mentors and the Loyola students realize the Senn students have a different reality in the neighborhood than they do.”

Lamberti said she hopes more classes and grants will continue to run through this bureau and she will be working during the summer to increase visibility of the website. She said it is great to have students outside of the School of Communication in the class and learning and she enjoys getting different groups talking.

“It’s so easy to live in a bubble right now and I like to see bubbles being broken. This is a good way to get different groups talking who would otherwise ignore each other,” Lamberti said. “It was nice to see the other students … get into news and news literacy and see what journalists do.”