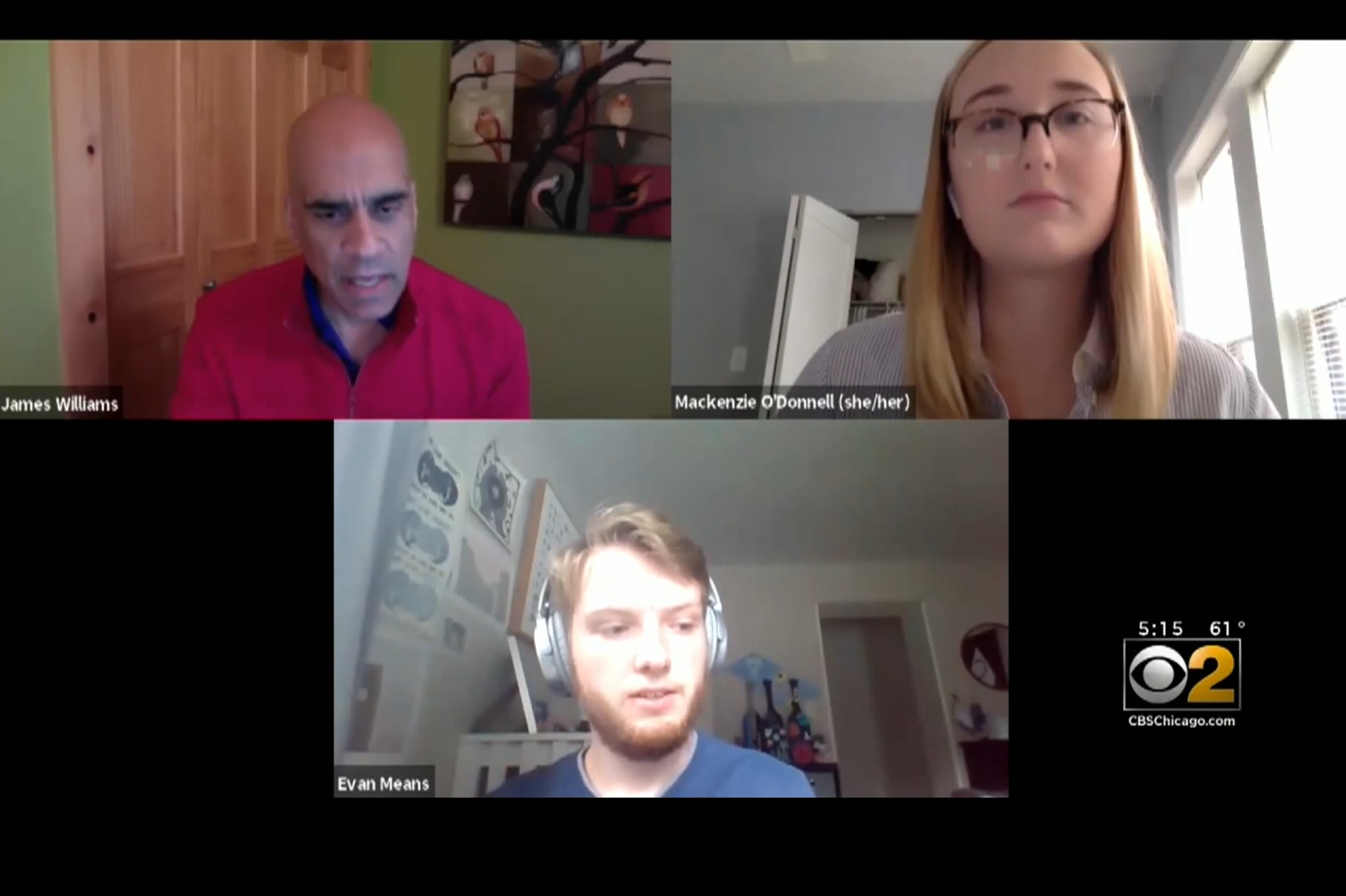 Debaters Mackenzie O’Donnell and Evan Means were interviewed about the Presidential Debate by CBS-2 Chicago News Reporter Jim Williams. The segment appeared on the 5 p.m. newscast.

Tuesday’s Presidential Debate featured President Donald Trump and former Vice President Joe Biden tangled in a verbal wrestling match. Trump often interrupted and talked over his Democratic opponent, while Biden called his Republican rival a “liar” and a “clown,” and at one point told him to “shut up.”

Using her skills and experience as a college debater, O’Donnell, a senior Pre-Med major, said Trump’s tactics could be effective, to a point.

“I think interrupting can sometimes be strategic,” O’Donnell told CBS-2 News. “But when you do it over and over consistently, it becomes disrespectful, and you lose that meaning.”

Means, a junior Advocacy and Social Change major, told CBS-2 that Biden needs to be more assertive in future debates to get across his points.

“He needs to show what he’s saying is valuable, and he’s not going to let that be stolen by his opponent,” Means told CBS-2.

O’Donnell and Means have plenty of experience on the debate stage. Both have appeared at debate tournaments across the nation and at Oxford University in England. Most recently, at the Hollatz Debates at Wheaton College, out of a field of 56 debaters, Means was ranked No. 4 and O’Donnell No. 6.

“Evan and Mackenzie have done an outstanding job this semester. They were both among the top speakers at our first tournament this year and continue to mentor new students on the team,” said Loyola Debate Team Coach David Romanelli.

Both students were excited to have the opportunity to share their thoughts on the newscast.

“It’s always interesting to watch the Presidential Debates from an argumentation perspective. I was grateful to have the opportunity to share my thoughts about the debate based on my experiences on the debate team,” O’Donnell said.

“It’s good to see that people are beginning to think of the finer points of what is and is not good communication,” Means said. “Argumentation and advocacy are everywhere, this time it appeared in the 5 o’clock news.”