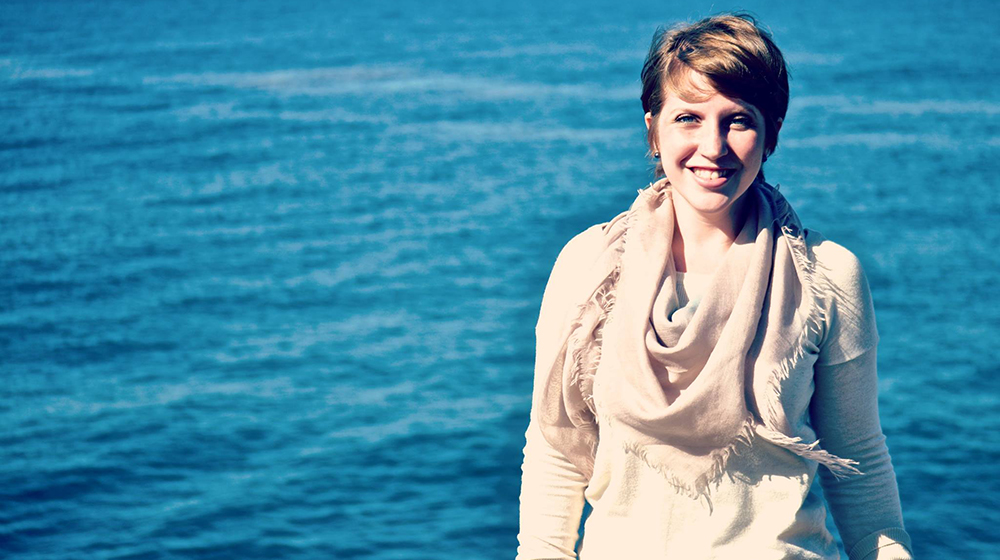 “It’s not for the faint of heart,” Elizabeth Greiwe said of working in journalism as it struggles to transition to a digital society.

Greiwe, a 2015 Loyola graduate, is the Voice of the People Editor at The Chicago Tribune. Far from faint of heart, she began working full-time at the Tribune her senior year of college—on top of a rigorous course load.

Her career in news began with an internship at The Chicago Tribune. When a position for an editorial board coordinator opened up, Greiwe was encouraged to apply. She was given the position even though she hadn’t yet completed her degree.

Despite the demands of senior year and having to sacrifice school activities like writing for the Loyola Phoenix and working at the student radio station WLUW, Greiwe endured working full-time and was later promoted.

Now it is her responsibility to carefully select opinions to be voiced in print. Everyday The Chicago Tribune receives more than 100 letters to the editor in response to current events and previous articles. To prepare the selected letters for publication, Greiwe fact-checks, makes edits, chooses photos and writes headlines.

The process invites people from all walks of life to have a public dialogue. Working to make sure readers are heard pushes Greiwe to see issues from unique perspectives every day.

“I like having a chance to challenge myself to not make assumptions about what people are saying and being able to give people a chance to have their say,” Greiwe said.

Of course, her daily duties aren’t the only challenge that comes with working in journalism.

Industry-wide buyouts and layoffs leave many employees of media companies in constant trepidation of the future as newspapers continue to lose resources amid the chaos of changing technology.

“It’s scary being unsure what my future is and not knowing if I’m going to get laid off or if I’m going to leave first,” Greiwe said. “I had a mentor at one point—she also left [the Tribune]—she said you don’t retire from journalism anymore. You get another job or you get laid off. I keep that in mind all the time.”

Nevertheless, Greiwe, 24, finds importance in her work. While she admits it would be nice to have a better paying job, working towards a greater purpose is more of a priority for now.

“[The media] is the fourth branch of government. [Journalists] are doing a service for the people so you really have to take that to heart. If you look at it that way it’s easier to come to work every morning,” Greiwe said.

“Now I’m happy to devote the time and the passion and the drive but in a couple years I don’t know…you have to have a certain drive and a really good sense of creativity to be able to be in journalism for a long time…I wouldn’t discourage anybody from going into journalism but you need to make sure you really want it. You’re usually underpaid and overworked; at the same time, it’s such a fulfilling job,” she said.

Working as an editor has well-prepared Greiwe for whatever her next step may be. In this position, she has become skilled at explaining complicated subjects and helping people improve their writing, which has led her to revisit her desire to be a teacher.

“I’m a big reader and a big believer in always educating yourself more,” Greiwe said. “I loved being a student. Classes at Loyola wove together really well and I especially appreciate that the ideals of a Jesuit education were built in without ever being overpowering.”

The journalism major also emphasized her adoration of Lake Shore Campus and it’s place in the city.

“I just loved being on campus. A sense of place is important to me. Feeling like you’re in a beautiful place puts me at ease; it makes me happy. Anytime I got to walk across campus—even if it was blistering cold—I just loved it,” she said. “I wouldn’t be where I am right now if I had gone to a rural school.”

But Greiwe’s education didn’t end when she graduated. Pulling a massive hardcover book from her bag, she said, “I got really interested in Revolutionary War history. I read a book about the War of 1812, am now reading this ‘short’ [George] Washington biography and I’ve got John Adams’s biography on tap.”

Keeping up with her interests outside of work is of great importance to Greiwe and she advises current undergrads to consciously maintain a meaningful personal life as well.

“I wrote an op-ed right before I graduated. And I’m frequently reminded of it. A job doesn’t have to be your life. Some people are blessed enough to follow their passion but it’s OK not to. It’s OK to just work a job. Things other than your work can be your passion. You can have hobbies and spend time with your family and cat. That is OK,” she said.

“And it’s OK to not know what you’re doing,” Greiwe continued. “If you’re looking at your life and you don’t know where you’re going to be in five years, that’s ok. For the most part people end up just fine.”

For more of Greiwe’s wise words, read her opinion on graduating http://www.chicagotribune.com/news/nationworld/ct-college-graduates-commencement-perspec-0501-20150430-story.html