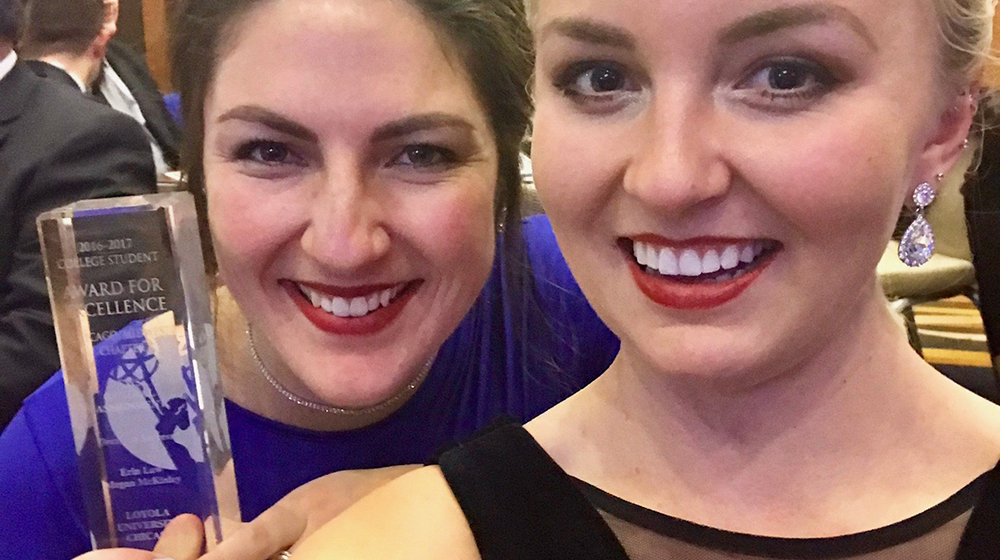 Six Loyola School of Communication students received awards for their video productions at a recent ceremony hosted by the Chicago/ Midwest chapter of the National Academy of Television Arts & Sciences.  Additionally, one Loyola student won a prestigious scholarship.

In the category of general assignment news, Crystal Pillar awards were given to Loyola graduate students Erin Law and Megan McKinley. They won the award for their story “Dress for Success,” profiling a non-profit organization’s efforts to provide professional clothing for disadvantaged women to help them enhance their career opportunities. Their story was completed in Professor John Goheen’s Video Documentary class in Spring 2017. 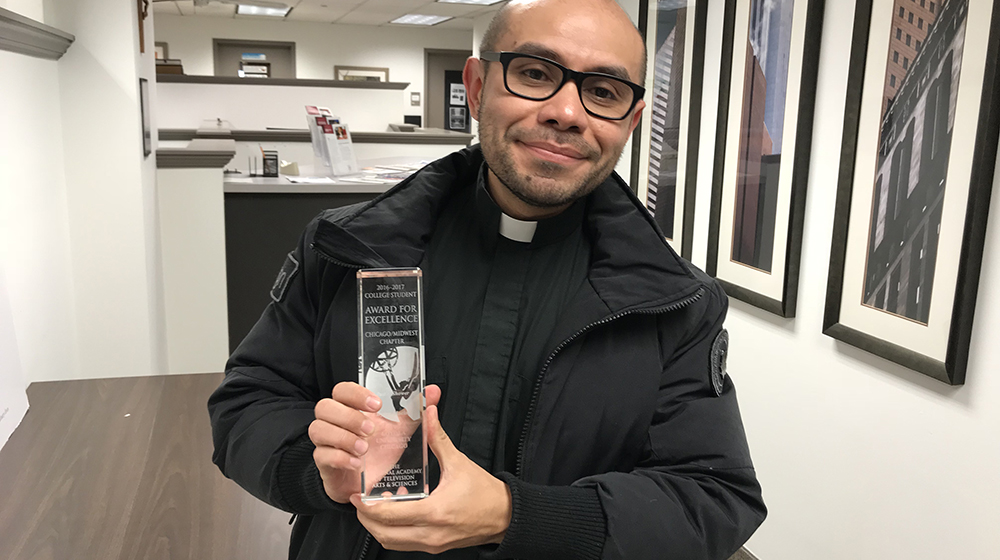 Also winning a Crystal Pillar in general assignment news was Byron Macias, a member of the Claretians missionary order and a student in the Digital Storytelling master’s program. His video essay, “Just a Shower,” shared a unique perspective on an everyday activity that becomes infinitely more difficult for someone with a disability. He produced the work in Professor Goheen’s Backpack Journalism course in Spring 2017. 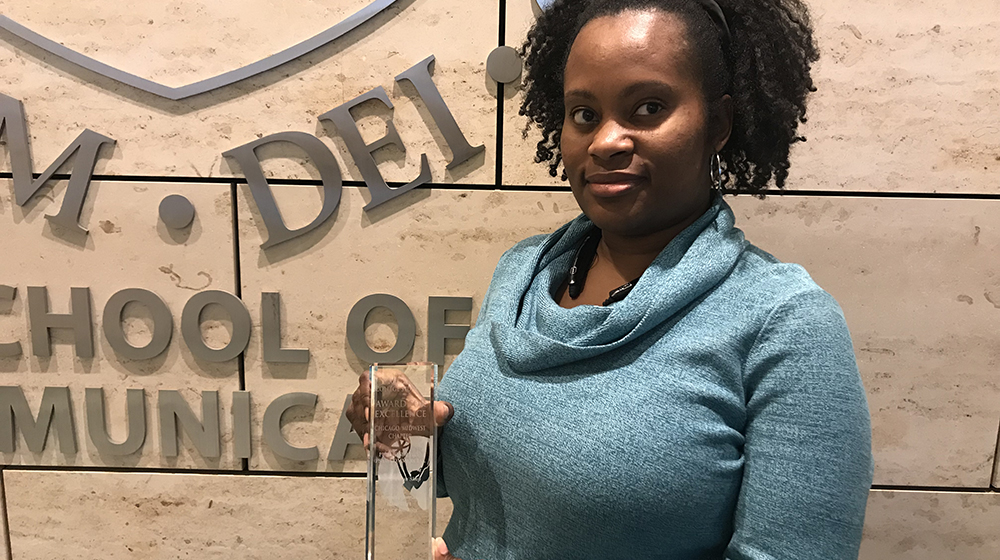 The third award went to students Ronnita Dumas, Hans Hart, and Jessica Kirstein for their public service announcement, “Sophie’s Gun Shop.” The video was produced for the multimedia commercial production class taught jointly by Professor Goheen and Professor Pam Morris in Fall 2016. It featured a scene with a dark message: what if a child, instead of selling cookies and lemonade, set up a sidewalk stand to sell guns? The PSA promoted the mission of the Illinois Coalition Against Gun Violence, and supported the School of Communication’s social justice theme for the 2016-2017 school year.

In addition to the Crystal Pillar winners, multimedia journalism major Nick Coulson was honored as the winner of the Bernstein Global Wealth Management Scholarship, worth $5,000.

Coulson is a senior who was recently chosen for a prestigious internship with the ABC News program "Nightline" at the network’s headquarters in New York, where he will spend the spring semester.