If you really want it, go for it. 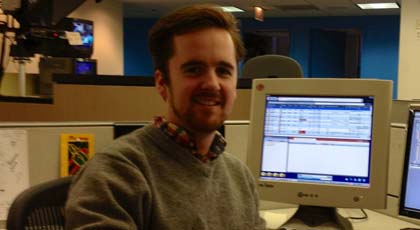 After several different journalism gigs, Bobinchak accepted a position at Fox Chicago as a writer, it was a huge opportunity. The catch? He was working the night shift, from midnight until eight in the morning. 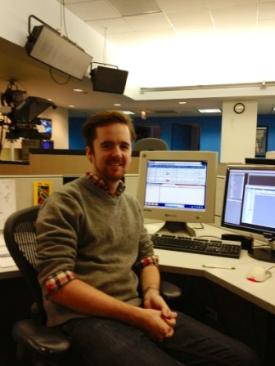 When he got the news, he paused for a second to consider how a nocturnal lifestyle would impact his life. He was already accustomed to working seven days a week, including weekend nights working for a radio station. He ended up taking the job but said it was worth it.

“My life was crazy, I was living the opposite of everyone else,” he said. ‌“Now I’m at ABC and my schedule is easier, but I didn’t get there without working seven days a week, weekend nights, working over night shifts all the time.”

Bobinchak said that sacrifice is the name of the game when entering into a competitive field like journalism.

He said, “There are a lot of sacrifices that you need to make as an entry-level journalist and it can be kind of scary and I recommend it if you really mean to do it. The challenges will be there and it will be frustrating but it will lead you to really important places.”

It was a sentiment echoed amongst many journalism alumni: Go hard or go home. According to Bobinchak, that mentality doesn’t start after undergrad.

“Any journalism student who doesn’t write for the Phoenix or do the radio or something, is kidding themselves about wanting to be a journalist,” he said. “If you’re on the radio, you’re being heard by people, if you’re on the paper you’re being read by people. If you’re not doing that, then what’s the point?  You have to want to do it and if you don’t practice you’re not going to get it.”

It sounded like harsh advice, but his success as a writer proves his method.