This is my Life Project 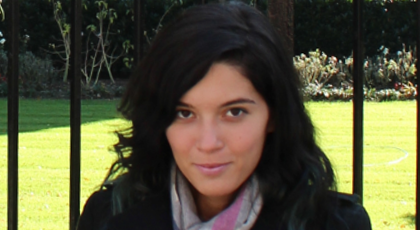 Anthe Mitrakos graduated from Loyola in 2010 and she’s already produced the first edition of the magazine she calls her life project. Mitrakos is the editor Portes Magazine, a Greek lifestyle magazine that was launched just two years after she graduated.

She started the magazine a year ago while still working as a health care reporter for Crain’s Chicago Business. Now she freelance writes and designs for private companies, and has devoted much of her energy to designing, editing, writing and taking pictures for Portes, which has taken her all the way to Greece for interviews with politicians and entertainers.

‌“I decided to take a break from mainstream media and follow up on several projects I had, some that I had started a while ago,” Mitrakos said. “So I launched a new magazine.”

It’s a nonchalant statement for someone who left a stable job in journalism in the notoriously challenging media industry, but Mitrakos has made the most of her decision.

“What I do with freelance design and Portes is more difficult than my work at Crain’s in the sense that there is little direction,” Mitrakos said, “Working at an establish 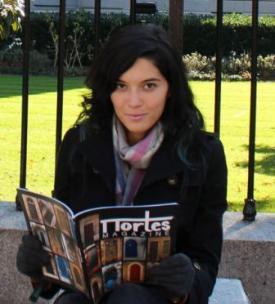 ed, well-respected, and serious publication comes with heightened responsibilities, but overseeing the production of a magazine project is just crazy, and that includes staying until early morning, sometimes weeks in a row.”

As she sat in the Information Commons she recalled a similar experience during her Loyola years as she worked with her sister to finish designing Loyola’s Mosaic Magazine in time for deadline.

“One day we were working on layout so intensely we were missing in here for 12 hours…our phones had no reception so we didn’t get all the missed calls from home,” she said. “When we walked out around midnight we ran into our dad…he had come looking for us.”

But Mitrakos said that sort of time and dedication is essential to getting a pet project like this off the ground.

“It’s just like starting a new business, when you do your own thing the responsibility is mainly on you,” Mitrakos said, “But at the end of the day, it’s a lot of fun.”