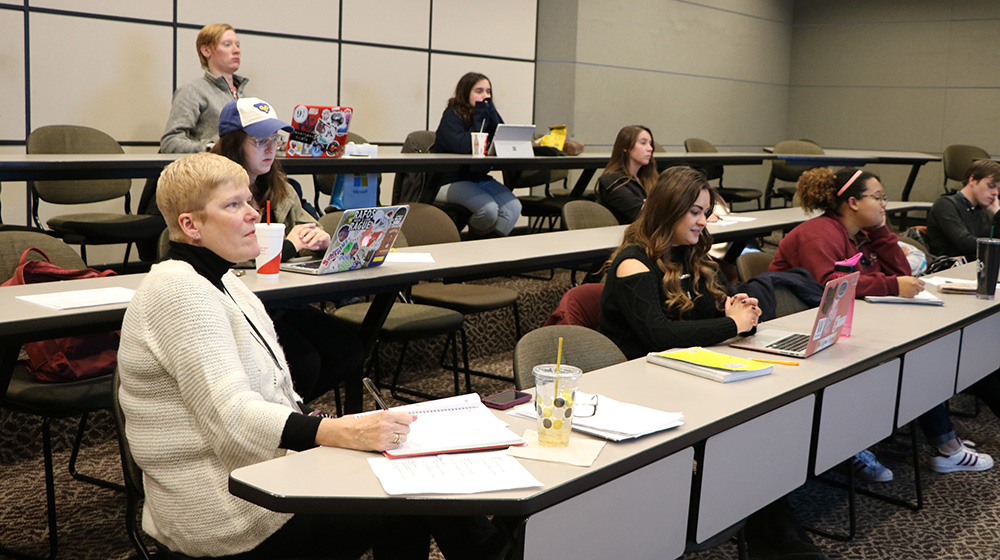 Loyola’s School of Communication has introduced a new class this semester focusing on fake news.

Special Topics in Journalism Fake News: A Critical Look, taught by Adjunct Professor Dorothy “Dodie” Hofstetter, examines current and historical examples of fake news and includes discussion on how to help consumers determine the difference between trustworthy and untrustworthy sources.

Hofstetter said in her class, she wants to stress three main points regarding fake news:

“For our first project, we had to define news, and our final project is defining news and fake news,” junior Multimedia Journalism major Henry Redman said. “So we’re spending the whole semester trying to find those definitions, and ending up with just a basic definition of both is going to be nice.” 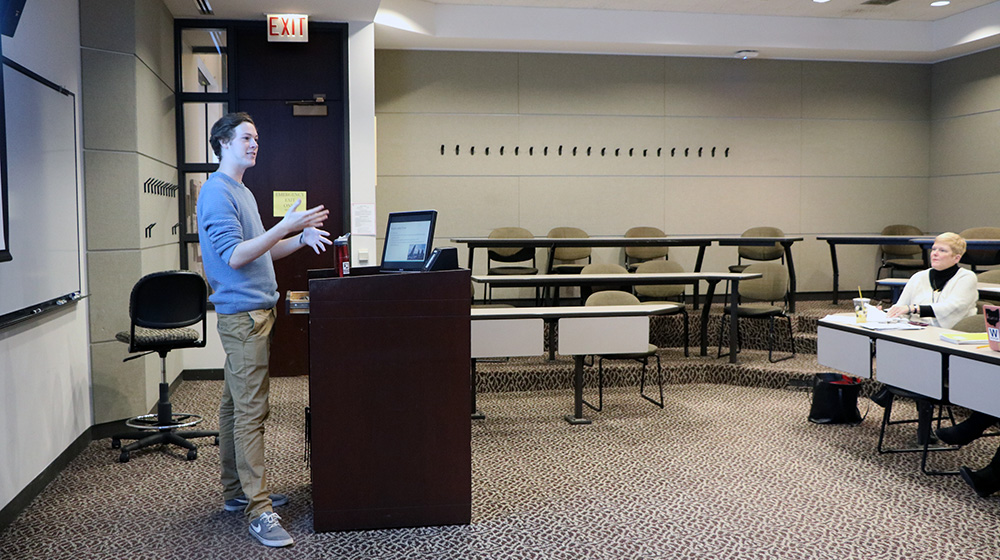 “…Some parts of the fake news definition is that it’s made intentionally; it’s made to further a certain agenda and it’s made to make a profit,” said Hiskes, 21. “Those are the three of the biggest things that we’ve come up with.”

The class has also invited in a number of guest speakers throughout the semester. One of the visitors was former Chicago Tribune Associate Managing Editor, Bill Parker. Parker and his colleague, journalist James O’Shea devised a business plan with a rating system based on high, unbiased journalistic standards to determine a source’s reliability.

Hiskes said while rating hundreds of sources is a daunting task, it will be a useful tool for news consumers.

“They think this will help combat some of the people just clicking on whatever article they see from whatever source,” she said. “That idea was pretty cool to us and it was honesty shocking that no one had really thought about something similar before.”

During most classes, students bring historical and present-day examples of fake news to share and discuss.

As a journalist, Hiskes said, her main concern is that fake news undermines the entire journalism industry.

“I worry that people will stop trusting institutions like the New York Times, who may have published incorrect things before, but have never published fake news,” she said.

“Fake news is a money-making operation,” McDevitt, 21, said. “So as long as you click, [they’re] going to make money. It doesn’t’ matter if people know it’s fake. So, [companies] need to start monitoring their sites more, taking down stuff that is harmful to public discourse and is misinforming people. The public should also educate themselves. If you do a little reading, you can tell the fake stuff from the real stuff.”

He also argues that journalists should do their part.

“As a journalist, my job is to inform the truth as best as I can and break down complex things into simple words so that everyone can understand,” he said.

Students in the course are also in the process of creating guidelines to help news consumers recognize what sources should be trusted and which should not.

“I think in that way, journalists need to help people learn what’s fake and what’s not, McDevitt said. “I think it’s going to be difficult because trust in the media is very low right now…and so I think one way to earn that trust back is to help show people we’re trying to be the good guys here…and teach people the truth.”

Hofstetter said she has received positive feedback from students about the class and appreciates the thoughtful contributions to class discussion.

“Most of these students are people who want to be working journalists, she said. “They’re sharing their thoughts on how frustrating it can be sometimes to compete with someone who is a blogger [versus] someone who has gone through rigorous journalism studies. Journalism is vital to democracy itself. It’s there to keep government in check it can be super frustrating when you’re dedicated when opportunities are vanishing instead if increasing.”

Junior Multimedia Journalism major Chris Hacker said the line between fake news and fact is blurred, but the class has allowed for discussion one how to better separate the trustworthy information from the falsities.

“I think being able to spend a couple hours a week talking about news without a lot of structure, being able to discuss the problems that we face, and as a group, try to come up with solutions, has been biggest take away,” said Hacker, 21.